Context. Unusual stellar explosions represent an opportunity to learn about both stellar and galaxy evolution. Mapping the atomic gas in host galaxies of such transients can lead to an understanding of the conditions that trigger them.
Aims: We provide resolved atomic gas observations of the host galaxy, CGCG137-068, of the unusual and poorly understood transient AT 2018cow, which we obtained in searching for clues to understand its nature. We test whether it is consistent with a recent inflow of atomic gas from the intergalactic medium, as suggested for host galaxies of gamma-ray bursts (GRBs) and some supernovae (SNe).
Methods: We observed the HI hyperfine structure line of the AT 2018cow host with the Giant Metrewave Radio Telescope.
Results: There is no unusual atomic gas concentration near the position of AT 2018cow. The gas distribution is much more regular than the distributions of GRB/SN hosts. The AT 2018cow host has an atomic gas mass lower by 0.24 dex than predicted from its star formation rate (SFR) and is at the lower edge of the galaxy main sequence. In the continuum we detected the emission of AT 2018cow and of a star-forming region in the north-eastern part of the bar (away from AT 2018cow). This region hosts a third of the galaxy's SFR.
Conclusions: The absence of atomic gas concentration close to AT 2018cow, along with a normal SFR and regular HI velocity field, sets CGCG137-068 apart from GRB/SN hosts studied in HI. The environment of AT 2018cow therefore suggests that its progenitor may not have been a massive star. Our findings are consistent with an origin of the transient that does not require a connection between its progenitor and gas concentration or inflow: an exploding low-mass star, a tidal disruption event, a merger of white dwarfs, or a merger between a neutron star and a giant star. We interpret the recently reported atomic gas ring in CGCG 137-068 as a result of internal processes connected with gravitational resonances caused by the bar. 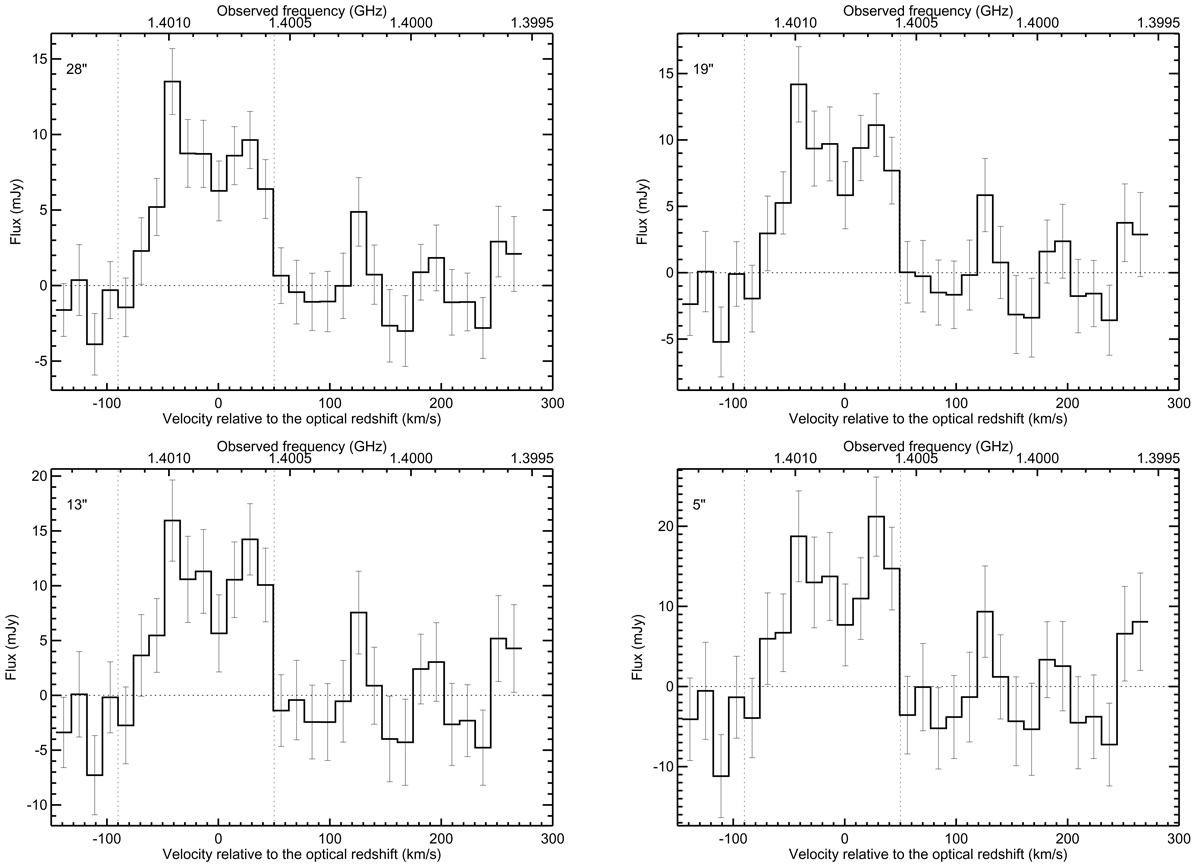