Context. Teegarden's Star is the brightest and one of the nearest ultra-cool dwarfs in the solar neighbourhood. For its late spectral type (M7.0 V), the star shows relatively little activity and is a prime target for near-infrared radial velocity surveys such as CARMENES.
Aims: As part of the CARMENES search for exoplanets around M dwarfs, we obtained more than 200 radial-velocity measurements of Teegarden's Star and analysed them for planetary signals.
Methods: We find periodic variability in the radial velocities of Teegarden's Star. We also studied photometric measurements to rule out stellar brightness variations mimicking planetary signals.
Results: We find evidence for two planet candidates, each with 1.1 M⊕ minimum mass, orbiting at periods of 4.91 and 11.4 d, respectively. No evidence for planetary transits could be found in archival and follow-up photometry. Small photometric variability is suggestive of slow rotation and old age.
Conclusions: The two planets are among the lowest-mass planets discovered so far, and they are the first Earth-mass planets around an ultra-cool dwarf for which the masses have been determined using radial velocities. 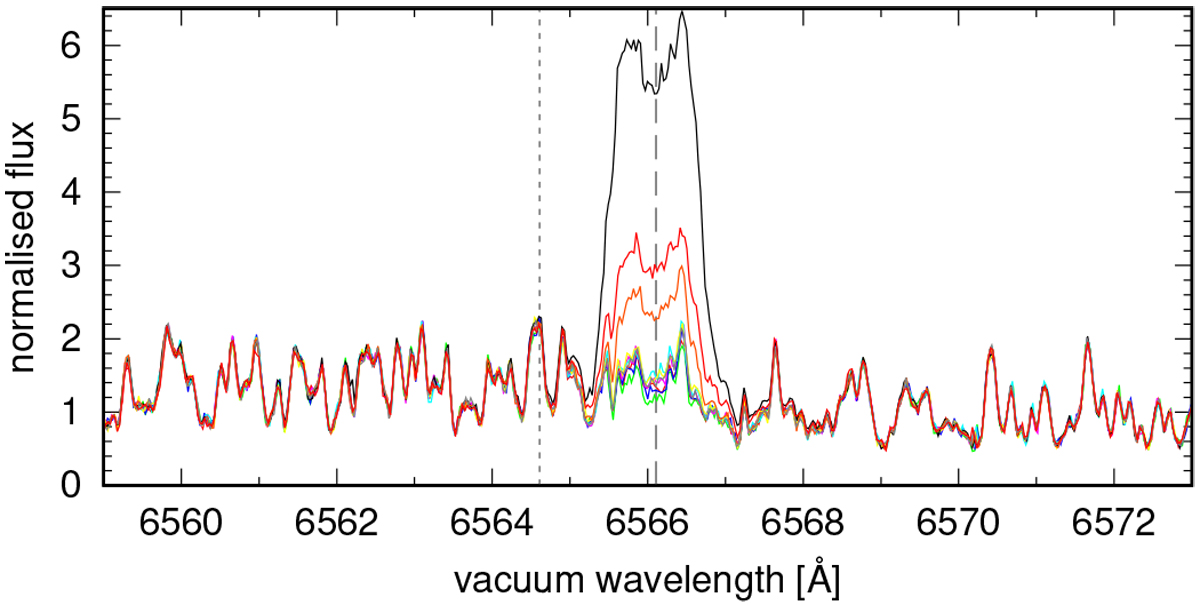