Simulations of imaging the event horizon of Sagittarius A* from space

Context. It has been proposed that Very Long Baseline Interferometry (VLBI) at submillimeter waves will allow us to image the shadow of the black hole in the center of our Milky Way, Sagittarius A* (Sgr A*), and thereby test basic predictions of the theory of general relativity.
Aims: This paper presents imaging simulations of a new Space VLBI (SVLBI) mission concept. An initial design study of the concept has been presented in the form of the Event Horizon Imager (EHI). The EHI may be suitable for imaging Sgr A* at high frequencies (up to ∼690 GHz), which has significant advantages over performing ground-based VLBI at 230 GHz. The concept EHI design consists of two or three satellites in polar or equatorial circular medium-Earth orbits (MEOs) with slightly different radii. Due to the relative drift of the satellites along the individual orbits over the course of several weeks, this setup will result in a dense spiral-shaped uv-coverage with long baselines (up to ∼60 Gλ), allowing for extremely high-resolution and high-fidelity imaging of radio sources.
Methods: We simulated observations of general relativistic magnetohydrodynamics (GRMHD) models of Sgr A* for the proposed configuration and calculate the expected noise based on preliminary system parameters. On long baselines, where the signal-to-noise ratio may be low, fringes could be detected assuming that the system is sufficiently phase stable and the satellite orbits can be reconstructed with sufficient accuracy. Averaging visibilities accumulated over multiple epochs of observations could then help improving the image quality. With three satellites instead of two, closure phases could be used for imaging.
Results: Our simulations show that the EHI could be capable of imaging the black hole shadow of Sgr A* with a resolution of 4 μas (about 8% of the shadow diameter) within several months of observing time. Conclusion. Our preliminary study of the EHI concept shows that it is potentially of high scientific value. It could be used to measure black hole shadows much more precisely than with ground-based VLBI, allowing for stronger tests of general relativity and accretion models. 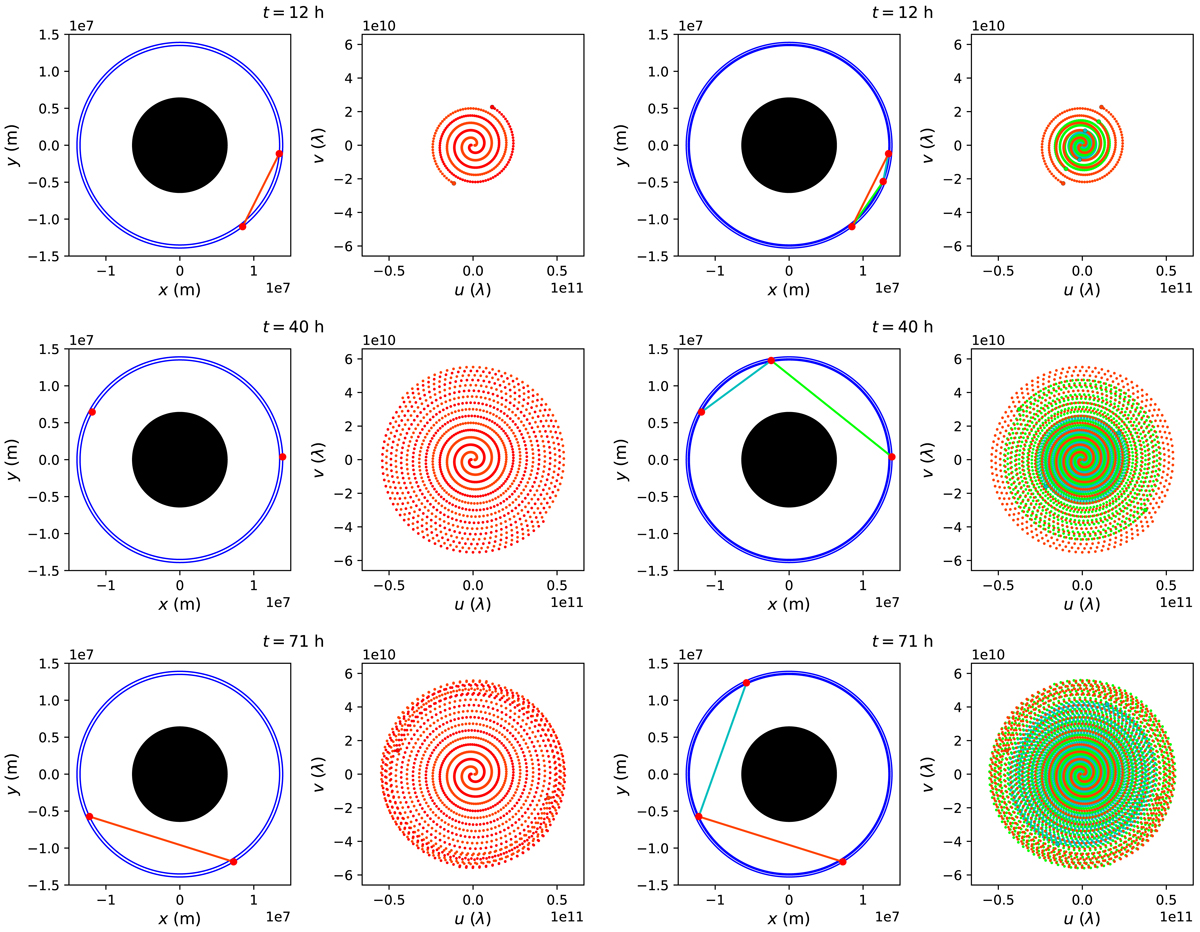