Revisiting long-standing puzzles of the Milky Way: the Sun and its vicinity as typical outer disk chemical evolution

We present a scenario of the chemical enrichment of the solar neighborhood that solves the G-dwarf problem by taking into account constraints on a larger scale. We argue that the Milky Way disk within 10 kpc has been enriched to solar metallicity by a massive stellar population: the thick disk, which itself formed from a massive turbulent gaseous disk. While the inner disk, R ≲ 6 kpc, continued this enrichment after a quenching phase (7-10 Gyr), at larger distances radial flows of gas diluted the metals left by the thick disk formation at a time we estimate to be 7-8 Gyr ago, thus partitioning the disk into an inner and outer region characterized by different chemical evolutions. The key new consideration is that the pre-enrichment provided by the thick disk is not related to the mass fraction of this stellar population at the solar radius, as is classically assumed in inside-out scenarios, but is actually related to the formation of the entire massive thick disk, due to the vigorous gas phase mixing that occurred during its formation. Hence, the fact that this population represents only 15-25% of the local stellar surface density today, or 5-10% of the local volume density, is irrelevant for "solving" the G-dwarf problem. The only condition for this scenario to work is that the thick disk was formed from a turbulent gaseous disk that permitted a homogeneous - not radially dependent - distribution of metals, allowing the solar ring to be enriched to solar metallicity. At the solar radius, the gas flowing from the outer disk combined with the solar metallicity gas left over from thick disk formation, providing the fuel necessary to form the thin disk at the correct metallicity to solve the G-dwarf problem. Chemical evolution at R > 6 kpc, and in particular beyond the solar radius, can be reproduced with the same scheme. We suggest that the dilution, occurring at the fringe of the thick disk, was possibly triggered by the formation of the bar and the establishment of the outer Lindblad resonance (OLR), enabling the inflow of metal poorer gas from the outer disk to R ∼ 6 kpc, presumably the position of the OLR at this epoch, and at the same time isolating the inner disk from external influence. These results imply that the local metallicity distribution is not connected to the gas accretion history of the Milky Way. Finally, we argue that the Sun is the result of the evolution typical of stars in the disk beyond ∼6 kpc (i.e., also undergoing dilution), and has none of the characteristics of inner disk stars. 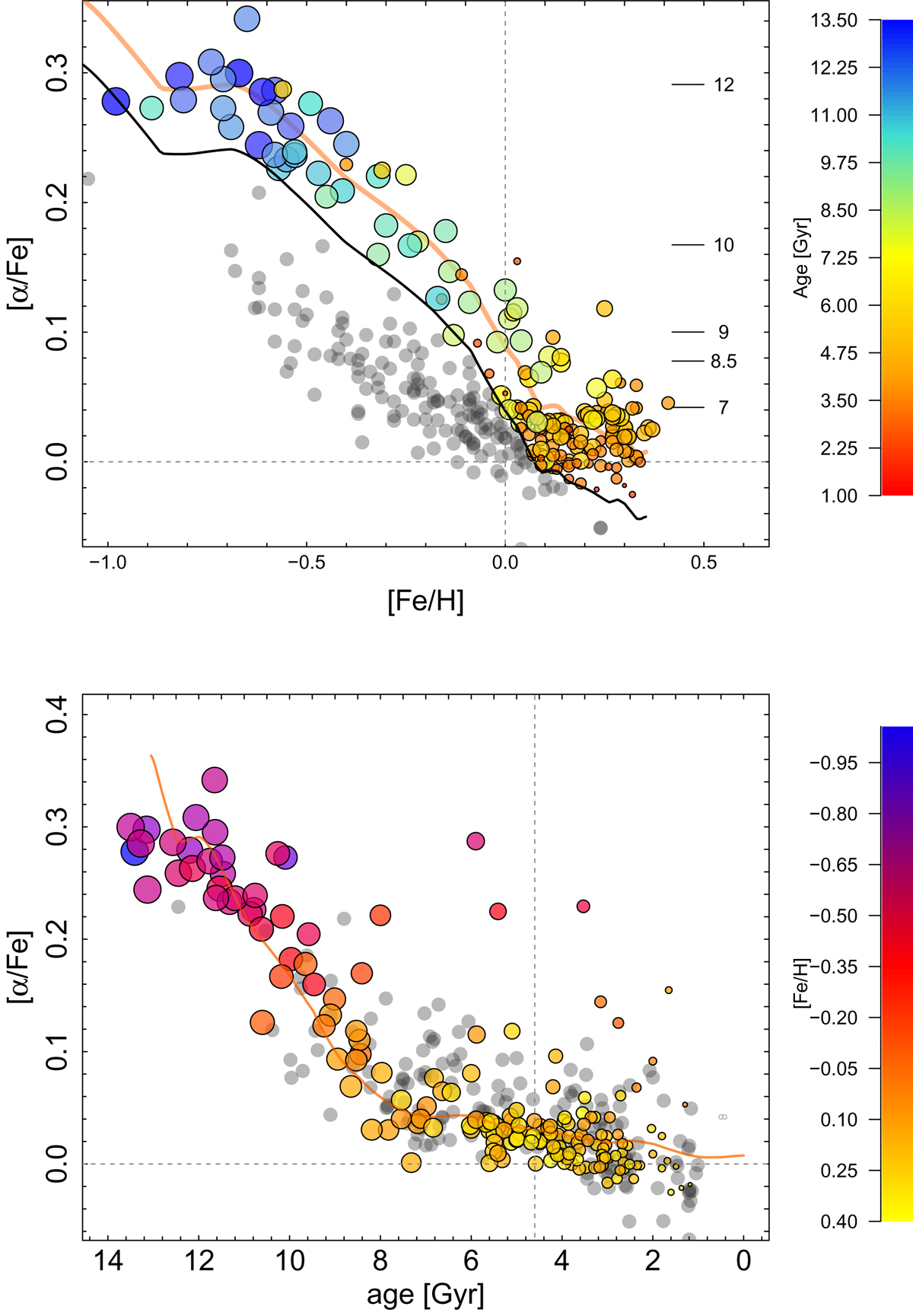