Context. X-rays and extreme ultraviolet radiation impacting a gas produce a variety of effects that, depending on the electron content, may provide significant heating of the illuminated region. In a planetary atmosphere of solar composition, stellar high energy radiation can heat the gas to very high temperatures and this could affect the stability of planetary atmospheres, in particular for close-in planets.
Aims: We investigate the variations with stellar age in the occurring frequency of gas giant planets orbiting G and M stars, taking into account that the high energy luminosity of a low mass star evolves in time, both in intensity and hardness.
Methods: Using the energy-limited escape approach we investigated the effects induced by the atmospheric mass loss on giant exoplanet distribution that is initially flat, at several distances from the parent star. We followed the dynamical evolution of the planet atmosphere, tracking the departures from the initial profile due to the atmospheric escape, until it reaches the final mass-radius configuration.
Results: We find that a significant fraction of low mass Jupiter-like planets orbiting with periods lower than 3.5 days either vaporize during the first billion years or lose a relevant part of their atmospheres. The planetary initial mass profile is significantly distorted; in particular, the frequency of occurrence of gas giants, less massive than 2 MJ, around young stars can be considerably greater than their occurrence around older stellar counterparts. 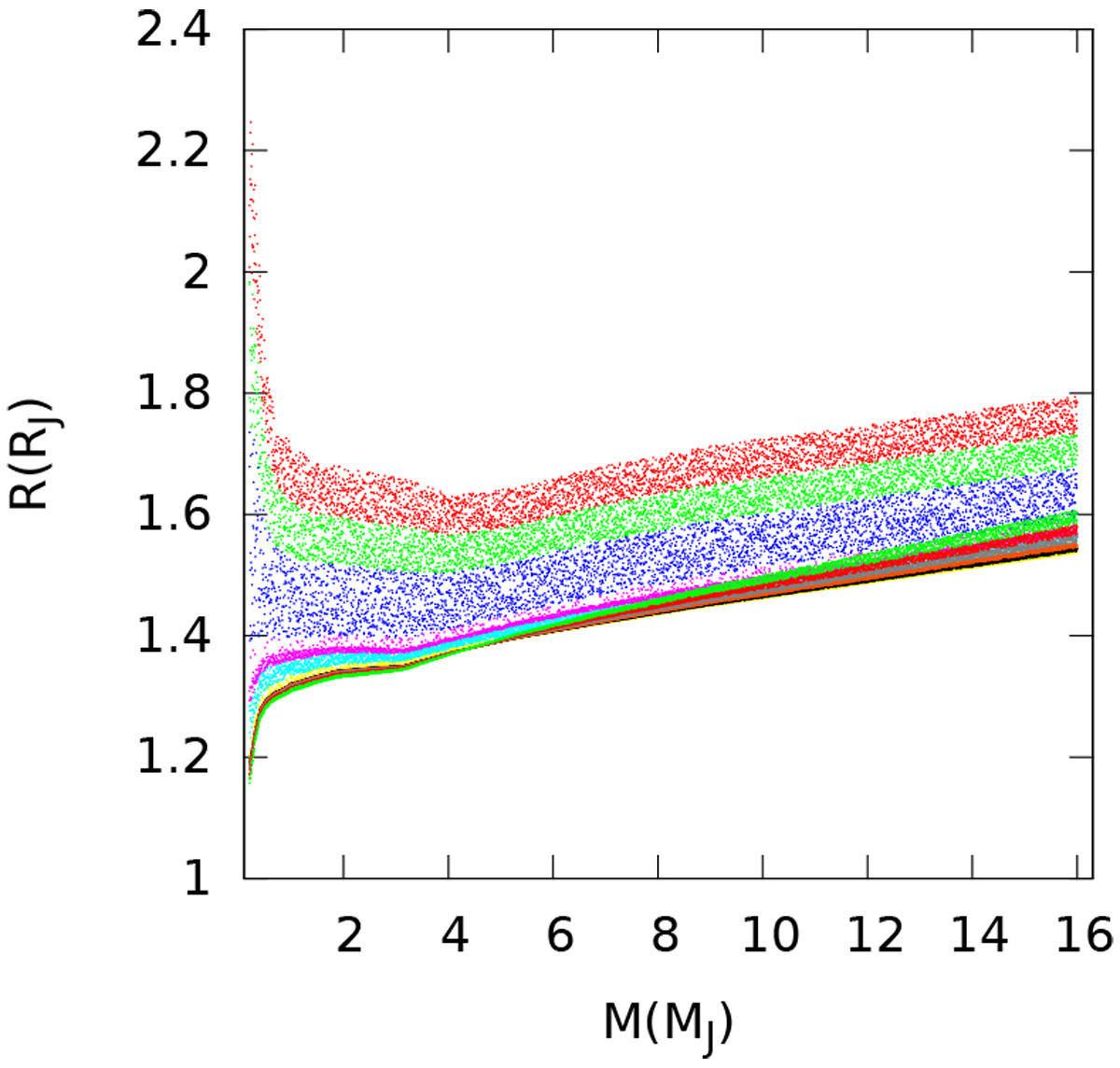