Context. With more than four years of IRIS observations, and in order to avoid building customized diagnostics for each observation, it is useful to derive some simple relations between spectra and physical quantities. This is even more useful for the k and h lines of Mg II, which require complex non-local-thermodynamic-equilibrium NLTE treatments.
Aims: The aim of this work concerning prominences is to correlate observable spectral features in h and k lines of Mg II to physical quantities such as the density and the emission measure (EM) in the same way as similar correlations have been obtained in the hydrogen lines. In this way, and within approximations done on some parameters such as temperature, it is possible to build pixel by pixel an IRIS map of the above-mentioned quantities.
Methods: In order to simplify and shorten the modeling, we chose to compute one-dimensional (1D) isothermal and isobaric models that are treated with the PROM7 NLTE code available at MEDOC (IAS). We built a set of models with large ranges of temperature, pressure, and thickness. At all altitudes considered, we paid attention to the exact computation of the incident radiation. Then we compared the emergent Mg II h and k intensities with the corresponding hydrogen and electron densities and EMs.
Results: From the NLTE computation, we derive correlations between the k and h emergent intensities on one hand and the densities and EM on the other hand. With some assumptions on the temperature, we obtain a unique relation between the k (and h) intensities and the EM that should be useful for deriving either the hydrogen and electron densities or the effective thickness of an observed prominence.
Conclusions: From NLTE modeling, we have provided a relationship between observable integrated intensities of the Mg II resonance lines and prominence plasma EM, which will contribute to a first-order analysis of long time series of spectroscopic observations, for example, with IRIS. We anticipate building more complex relations between the profiles and other plasma quantities. 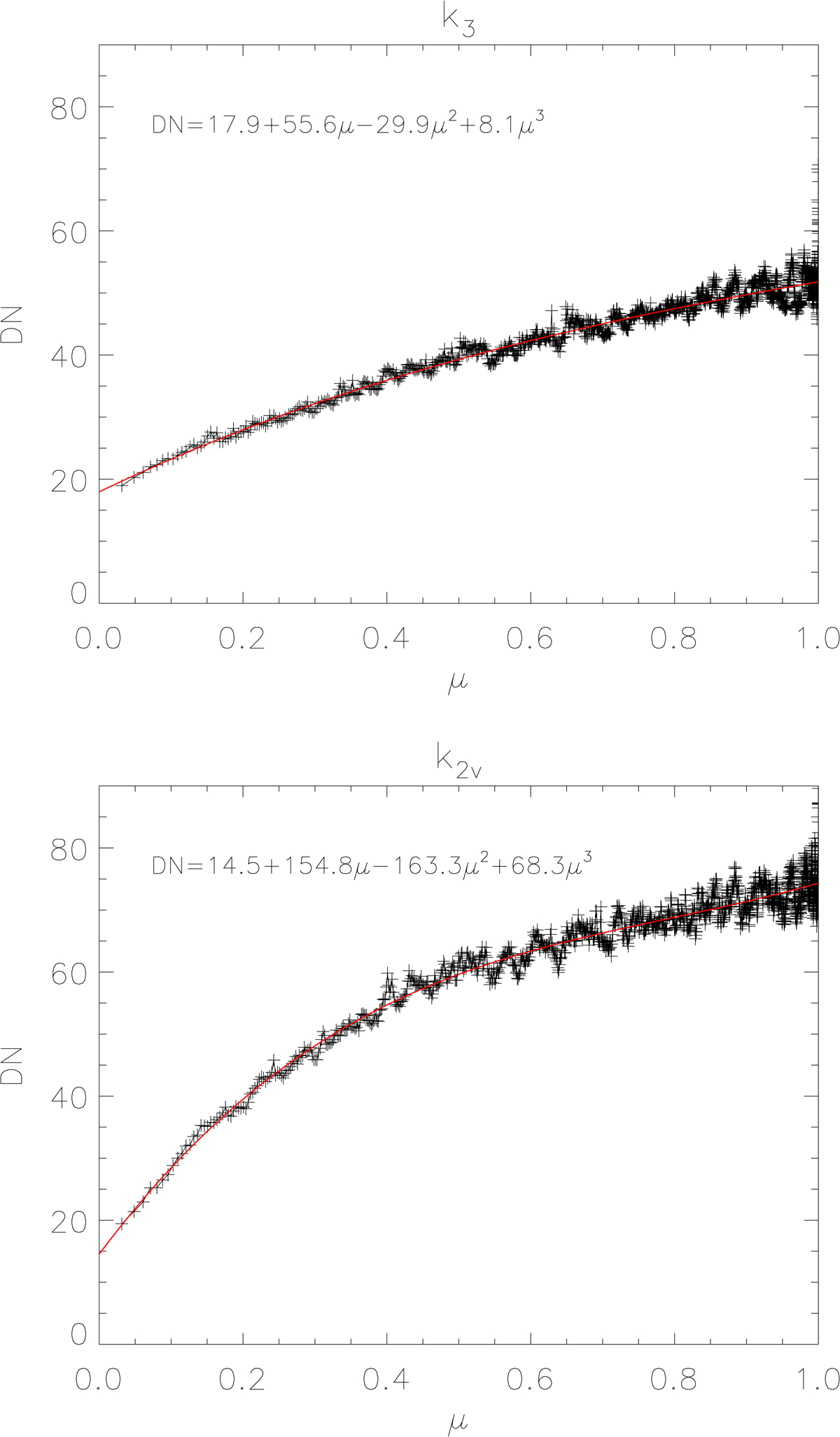