Context. Recently, the appearance, characteristics, and dynamics of a persistent 1.7 h vortex flow, resembling a small-scale tornado, have been investigated with observations both from the ground and from space in a quiet-Sun region in several lines and channels and for the first time in the Hα line centre. The vortex flow showed significant substructure in the form of several intermittent chromospheric swirls.
Aims: We investigate the oscillatory behaviour of various physical parameters in the vortex area in an attempt to better understand the physics of the reported vortex flow. This is the first analysis of this extent.
Methods: We used the same data set of high spatial and temporal resolution CRisp Imaging SpectroPolarimeter (CRISP) observations in several wavelengths along the Hα and Ca II 8542 Å line profiles, as well as Doppler velocities and full-width at half-maximum (FWHM) derived from the Hα line profiles. The spectral analysis of oscillations is based on a two-dimensional wavelet analysis performed within the vortex flow area and in a quiet-Sun region (used for comparison), as well as along line and circular slices.
Results: The vortex flow shows significant oscillatory power in the range of 3-5 min, peaking around 4 min. This power behaves differently than the reference quiet-Sun region. The derived oscillations reflect the cumulative action of different components such as swaying motions, rotation, and waves. The derived periods for swaying motions are in the range of 200-220 s, and the rotation periods are ∼270 s for Hα and ∼215 s for Ca II 8542 Å. Periods increase with atmospheric height and seem to decrease with radial distance from the vortex centre, suggesting a deviation from a rigid rotation. The behaviour of power within the vortex flow as a function of period and height implies the existence of evanescent waves. Moreover, considerable power is obtained even for periods as long as 10 min, not only at photospheric but also at chromospheric heights, while the formation of vortexes is related to turbulent convection or to twisting motions exercised in the magnetic field concentrations. These imply that different types of waves may be excited, such as magnetoacoustic (e.g. kink) or Alfvén waves.
Conclusions: The vortex flow seems to be dominated by two motions: a transverse (swaying) motion, and a rotational motion. The obtained oscillations point to the propagation of waves within it. Nearby fibril-like flows could play an important role in the rotational modulation of the vortex flow. There also exists indirect evidence that the structure is magnetically supported, and one of the swirls, close to its centre, seems to be acting as a "central engine" to the vortex flow. 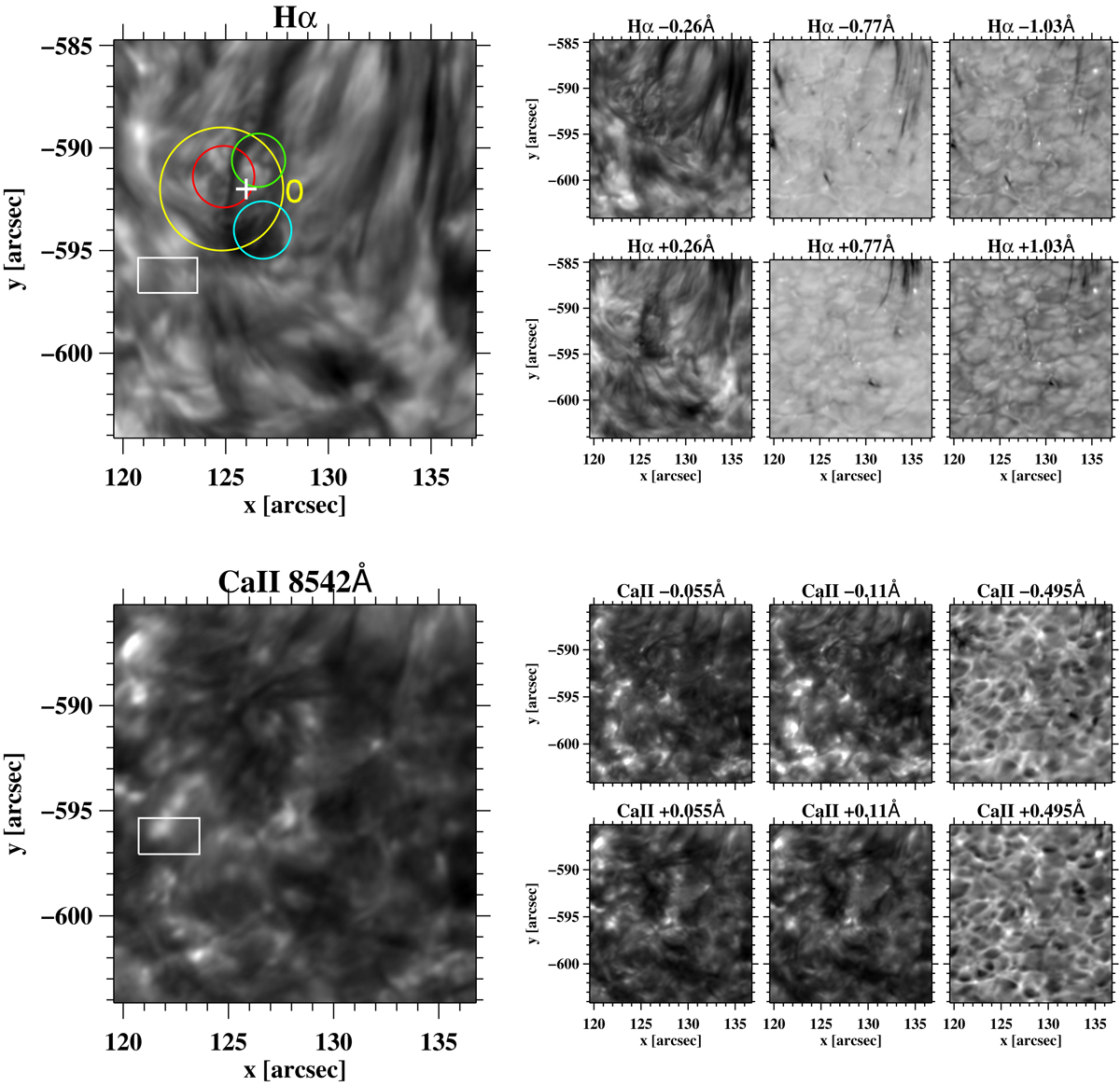