Context. The disks around some Herbig Be stars have been observed to be more compact than the expected dust sublimation radius for such objects. Highly refractory dust grains and optically thick gas emission have been proposed as possible explanations for this phenomenon.
Aims: Previously, the "undersized" Herbig Be star MWC 147 was observed with interferometry, and the results indicated a presence of a compact gaseous disk based on the measured wavelength-dependence of near-infrared or mid-infrared visibilities. Our aim is to search for direct evidence for the presence of hot gas inside of the expected dust sublimation radius of MWC 147.
Methods: By combining VLTI/AMBER spectro-interferometry (R = 12 000) with CRIRES spectroscopy (R = 100 000) we can both spectrally and spatially resolve the Brγ line-emitting gas around MWC 147. Additionally, using CHARA/CLIMB enables us to achieve baseline lengths up to 330 m, offering 2 times higher angular resolution (and a better position angle coverage) than has previously been achieved with interferometry for MWC 147. To model the continuum we fit our AMBER and CLIMB measurements with a geometric model of an inclined Gaussian distribution as well as a ring model. We fit our high-resolution spectra and spectro-interferometric data with a kinematic model of a disk in Keplerian rotation.
Results: Our interferometric visibility modelling of MWC 147 indicates the presence of a compact continuum disk with a close to face-on orientation. We model the continuum with an inclined Gaussian and a ring with a radius of 0.60 mas (0.39 au), which is well within the expected dust sublimation radius of 1.52 au. We detect no significant change in the measured visibilities across the Brγ line, indicating that the line-emitting gas is located in the same region as the continuum-emitting disk. Using our differential phase data we construct photocentre displacement vectors across the Brγ line, revealing a velocity profile consistent with a rotating disk. We fit our AMBER spectro-interferometry data with a kinematic model of a disk in Keplerian rotation, where both the line-emitting and continuum-emitting components of the disk originate from the same compact region close to the central star. The presence of line-emitting gas in the same region as the K-band continuum supports the interpretation that the K-band continuum traces an optically thick gas disk.
Conclusions: Our spatially and spectrally resolved observations of MWC 147 reveal that the K-band continuum and Brγ emission both originate from a similar region which is 3.9 times more compact than the expected dust sublimation radius for the star; Brγ is emitted from the accretion disk or disk wind region and exhibits a rotational velocity profile. We conclude that we detect the presence of a compact, gaseous accretion disk in Keplerian rotation around MWC 147. 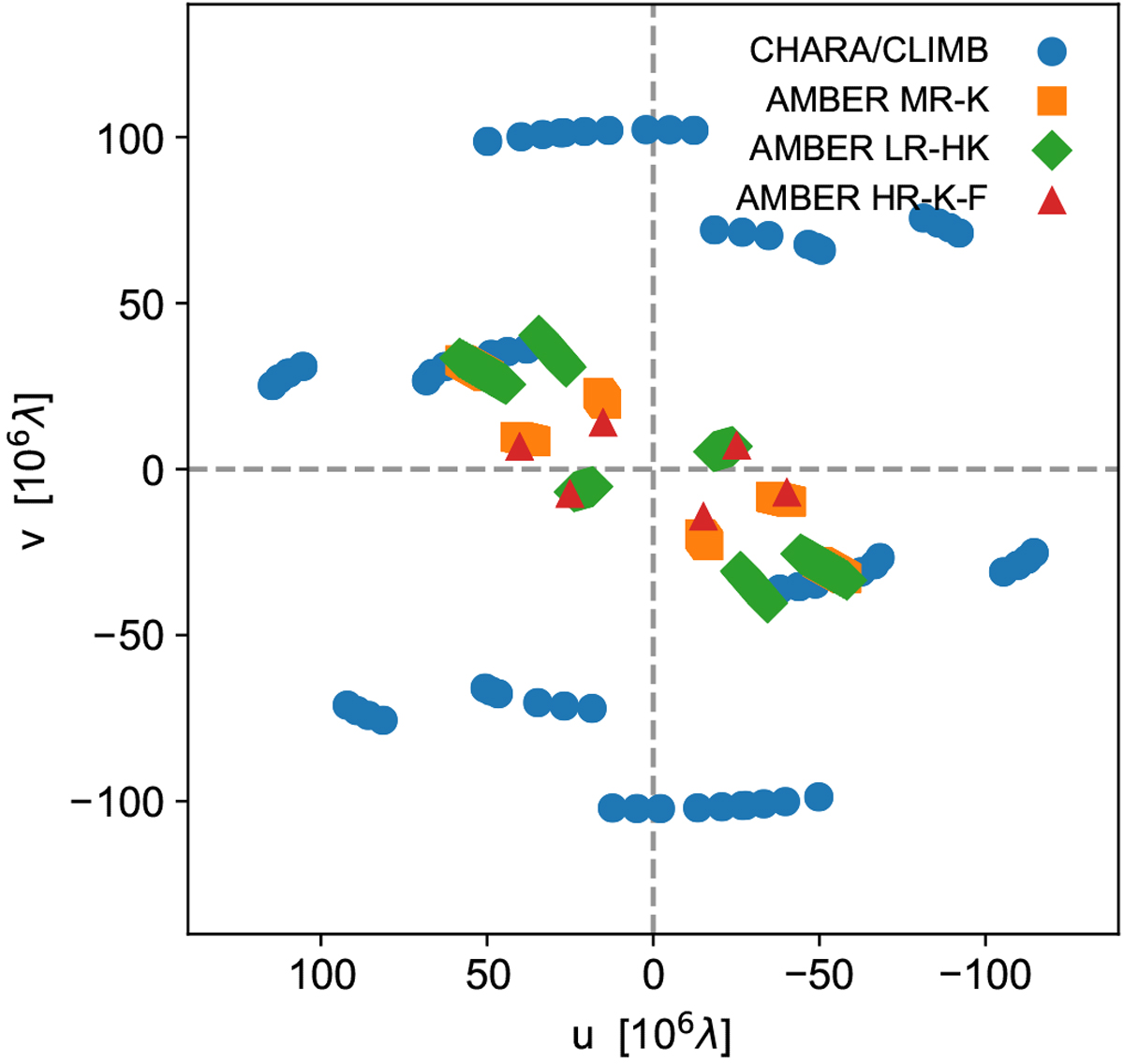