Aims: We determine the total dynamical matter density in the solar neighbourhood using the second Gaia data release (DR2).
Methods: The dynamical matter density distribution is inferred in a framework of a Bayesian hierarchical model, which accounts for position and velocity of all individual stars, as well as the full error covariance matrix of astrometric observables, in a joint fit of the vertical velocity distribution and stellar number density distribution. This was done for eight separate data samples, with different cuts in observed absolute magnitude, each containing about 25 000 stars. The model for the total matter density does not rely on any underlying baryonic model, although we assumed that it is symmetrical, smooth, and monotonically decreasing with distance from the mid-plane.
Results: We infer a density distribution which is strongly peaked in the region close to the Galactic plane (≲60 pc), for all eight stellar samples. Assuming a baryonic model and a dark matter halo of constant density, this corresponds to a surplus surface density of approximately 5-9 M☉ pc-2. For the Sun's position and vertical velocity with respect to the Galactic plane, we infer Z☉ = 4.76 ± 2.27 pc and W☉ = 7.24 ± 0.19 km s-1.
Conclusions: These results suggest a surplus of matter close to the Galactic plane, possibly explained by an underestimated density of cold gas. We discuss possible systematic effects that could bias our result, for example unmodelled non-equilibrium effects, and how to account for such effects in future extensions of this work. 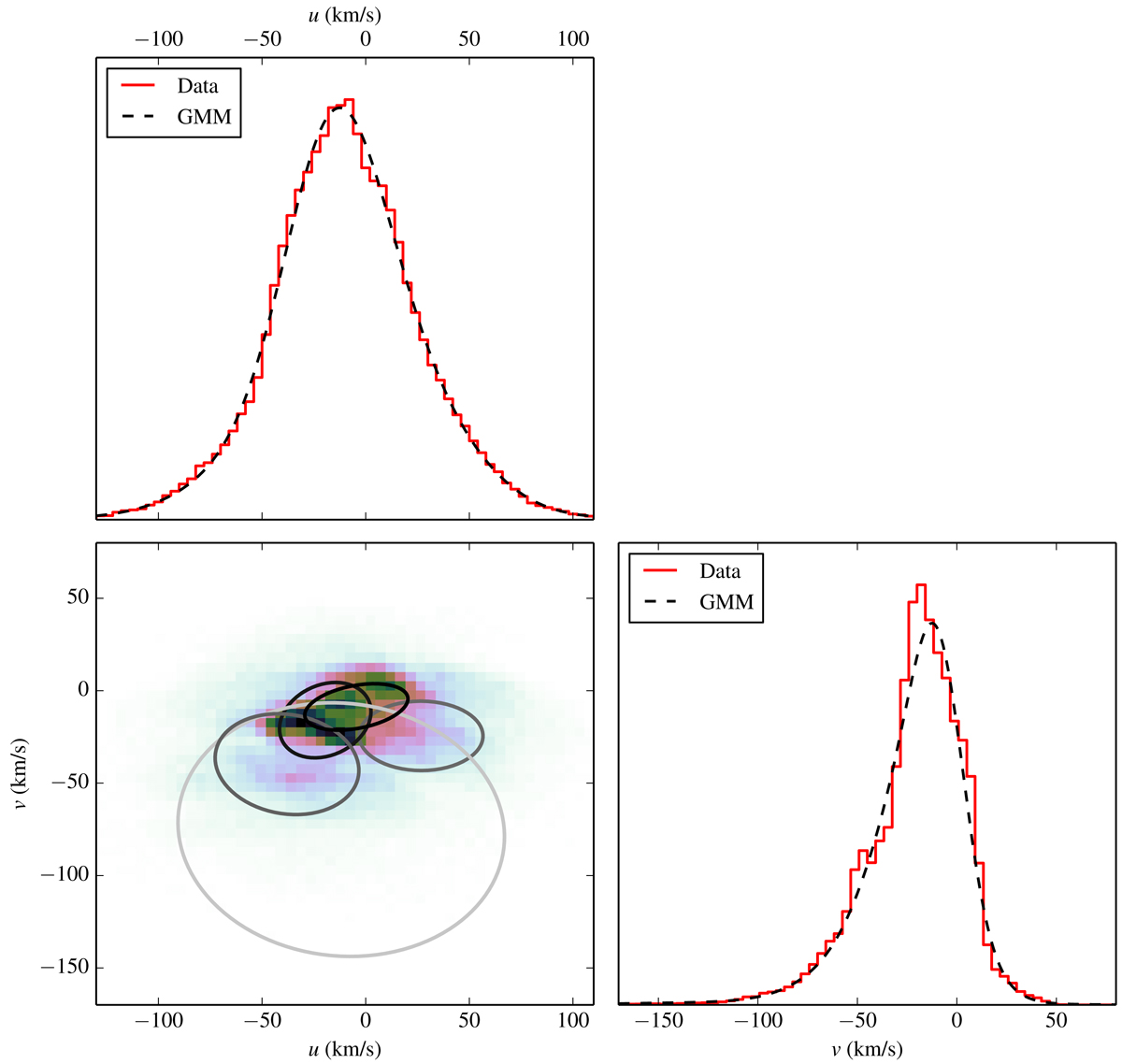