Context. Capella (α Aur) is one of the few binaries in the sky with two cool giant stars. With spectral types of G8III and G0III, the two components appear at different but distinct stages in their evolution. The G0 secondary star is a Hertzsprung-gap giant, and the G8 primary star is thought to be a clump giant.
Aims: We present a new measure of the carbon 12C/13C isotope ratio of the primary component of Capella using high-resolution R ≈ 250 000 spectra obtained with the Potsdam Echelle Polarimetric and Spectroscopic Instrument (PEPSI) with both the Vatican Advanced Technology Telescope (VATT) and the Large Binocular Telescope (LBT).
Methods: Signal-to-noise ratios of up to 2 700 were obtained by averaging nightly spectra. These average spectra were used to disentangle the two binary components. The isotope ratio was derived with the use of spectrum synthesis from the CN lines at 8004 Å.
Results: We found that the 12C/13C ratio of the primary component of Capella is 17.8 ± 1.9. Our measurement precision is now primarily limited by the spectral-line data and by the grid-step size of the model atmospheres rather than the data. The separated spectrum of the secondary component does not show distinguishable 12CN and 13CN lines because of its vsini and higher temperature.
Conclusions: Our new 12C/13C value is significantly lower than the previous value of 27 ± 4 but now agrees better with the recent model prediction of 18.8-20.7. 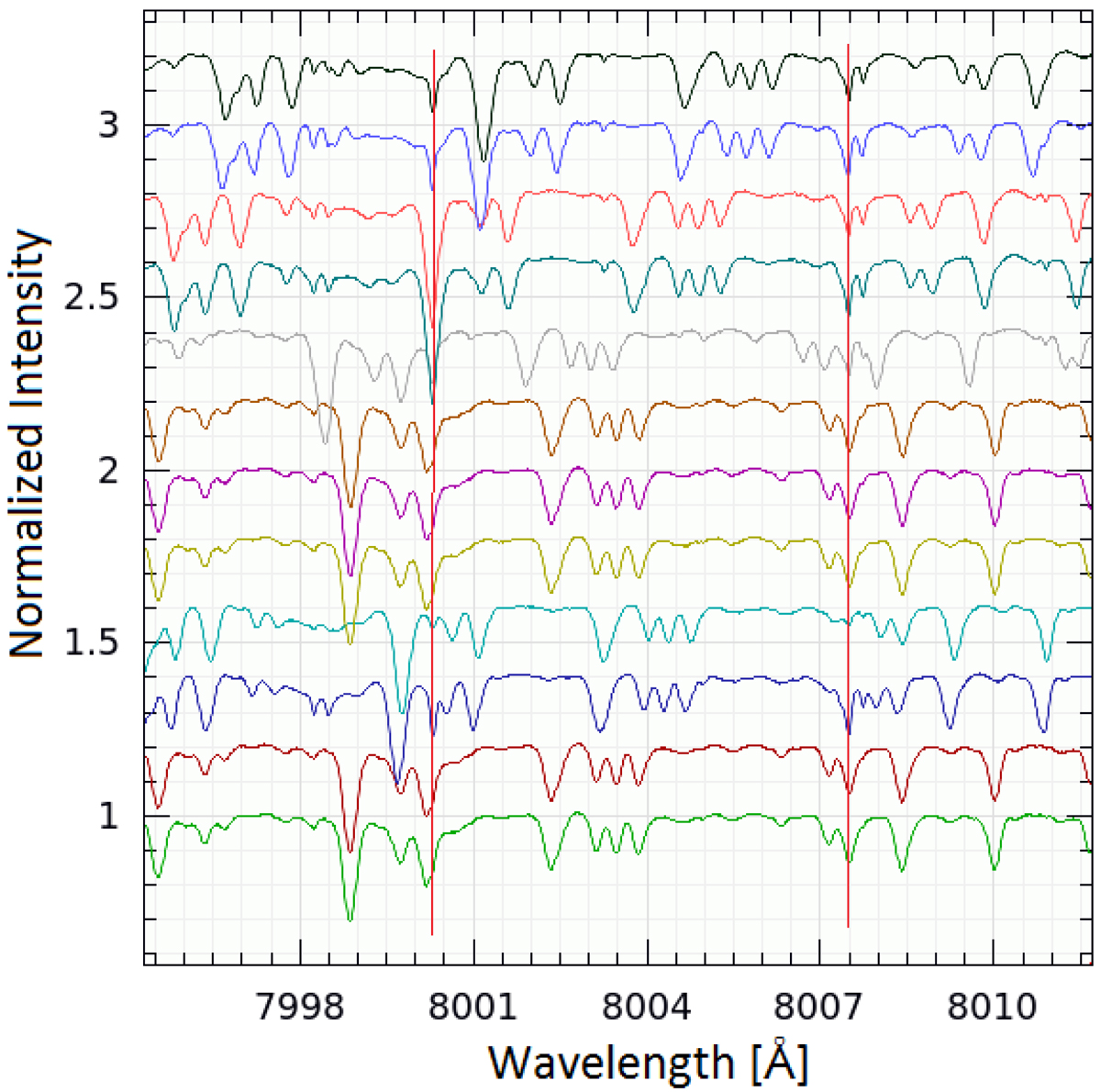