Histogram of oriented gradients: a technique for the study of molecular cloud formation

We introduce the histogram of oriented gradients (HOG), a tool developed for machine vision that we propose as a new metric for the systematic characterization of spectral line observations of atomic and molecular gas and the study of molecular cloud formation models. In essence, the HOG technique takes as input extended spectral-line observations from two tracers and provides an estimate of their spatial correlation across velocity channels. We characterized HOG using synthetic observations of HI and 13CO (J = 1 → 0) emission from numerical simulations of magnetohydrodynamic (MHD) turbulence leading to the formation of molecular gas after the collision of two atomic clouds. We found a significant spatial correlation between the two tracers in velocity channels where vHI ≈ v13CO, almost independent of the orientation of the collision with respect to the line of sight. Subsequently, we used HOG to investigate the spatial correlation of the HI, from The HI/OH/recombination line survey of the inner Milky Way (THOR), and the 13CO (J = 1 → 0) emission from the Galactic Ring Survey (GRS), toward the portion of the Galactic plane 33°.75 ≤l ≤ 35°.25 and |b| ≤ 1°.25. We found a significant spatial correlation between the two tracers in extended portions of the studied region. Although some of the regions with high spatial correlation are associated with HI self-absorption (HISA) features, suggesting that it is produced by the cold atomic gas, the correlation is not exclusive to this kind of region. The HOG results derived for the observational data indicate significant differences between individual regions: some show spatial correlation in channels around vHI ≈ v13CO while others present spatial correlations in velocity channels separated by a few kilometers per second. We associate these velocity offsets to the effect of feedback and to the presence of physical conditions that are not included in the atomic-cloud-collision simulations, such as more general magnetic field configurations, shear, and global gas infall. 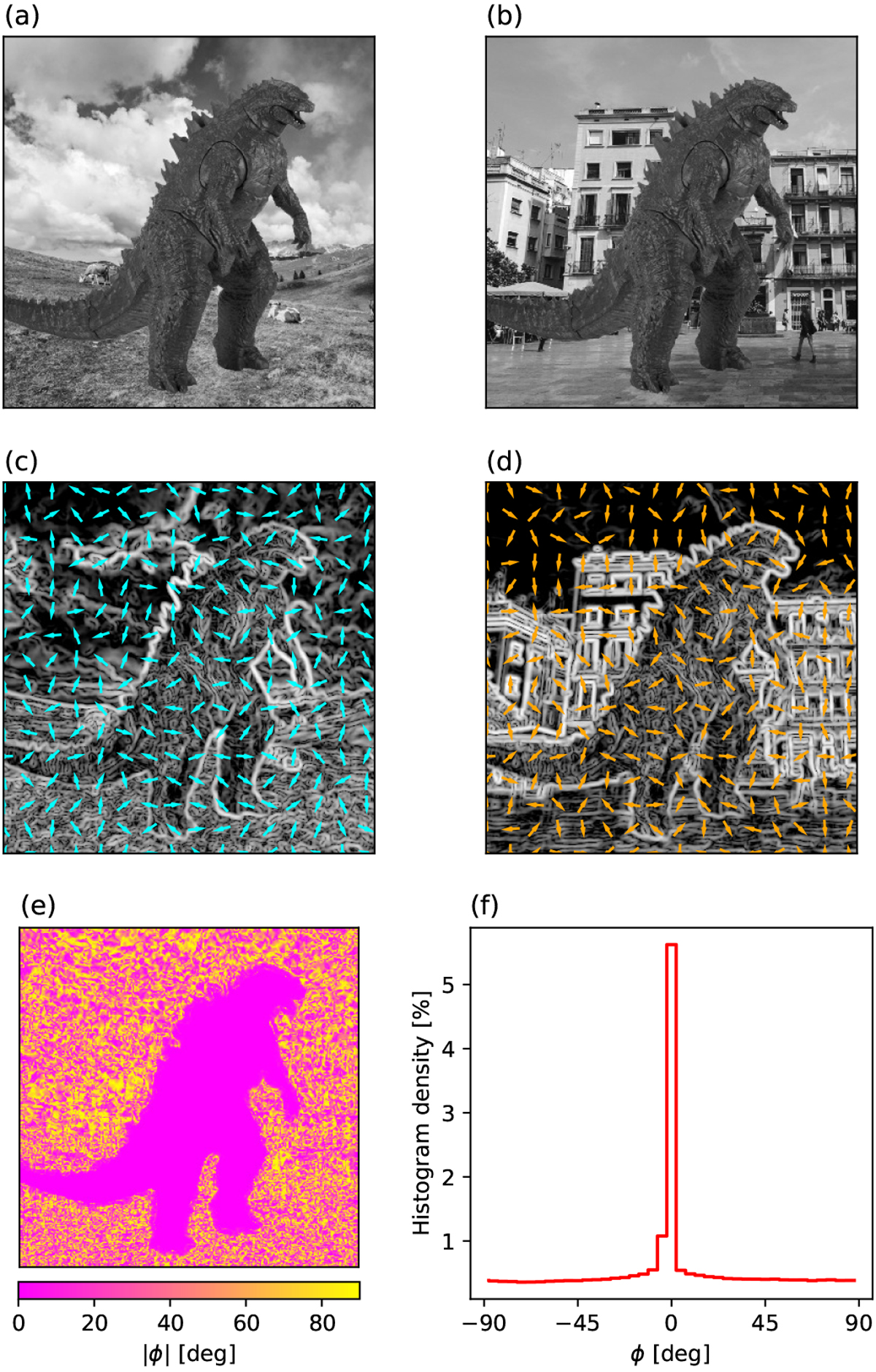