The solar chromosphere at millimetre and ultraviolet wavelengths. I. Radiation temperatures and a detailed comparison

Solar observations with the Atacama Large Millimeter/submillimeter Array (ALMA) provide us with direct measurements of the brightness temperature in the solar chromosphere. We study the temperature distributions obtained with ALMA Band 6 (in four sub-bands at 1.21, 1.22, 1.29, and 1.3 mm) for various areas at, and in the vicinity of, a sunspot, comprising quasi-quiet and active regions with different amounts of underlying magnetic fields. We compare these temperatures with those obtained at near- and far-ultraviolet (UV) wavelengths (and with the line-core intensities of the optically-thin far-UV spectra), co-observed with the Interface Region Imaging Spectrograph (IRIS) explorer. These include the emission peaks and cores of the Mg II k 279.6 nm and Mg II h 280.4 nm lines as well as the line cores of C II 133.4 nm, O I 135.6 nm, and Si IV 139.4 nm, sampling the mid-to-high chromosphere and the low transition region. Splitting the ALMA sub-bands resulted in an slight increase of spatial resolution in individual temperature maps, thus, resolving smaller-scale structures compared to those produced with the standard averaging routines. We find that the radiation temperatures have different, though somewhat overlapping, distributions in different wavelengths and in the various magnetic regions. Comparison of the ALMA temperatures with those of the UV diagnostics should, however, be interpreted with great caution, the former is formed under the local thermodynamic equilibrium (LTE) conditions, the latter under non-LTE. The mean radiation temperature of the ALMA Band 6 is similar to that extracted from the IRIS C II line in all areas with exception of the sunspot and pores where the C II poses higher radiation temperatures. In all magnetic regions, the Mg II lines associate with the lowest mean radiation temperatures in our sample. These will provide constraints for future numerical models. 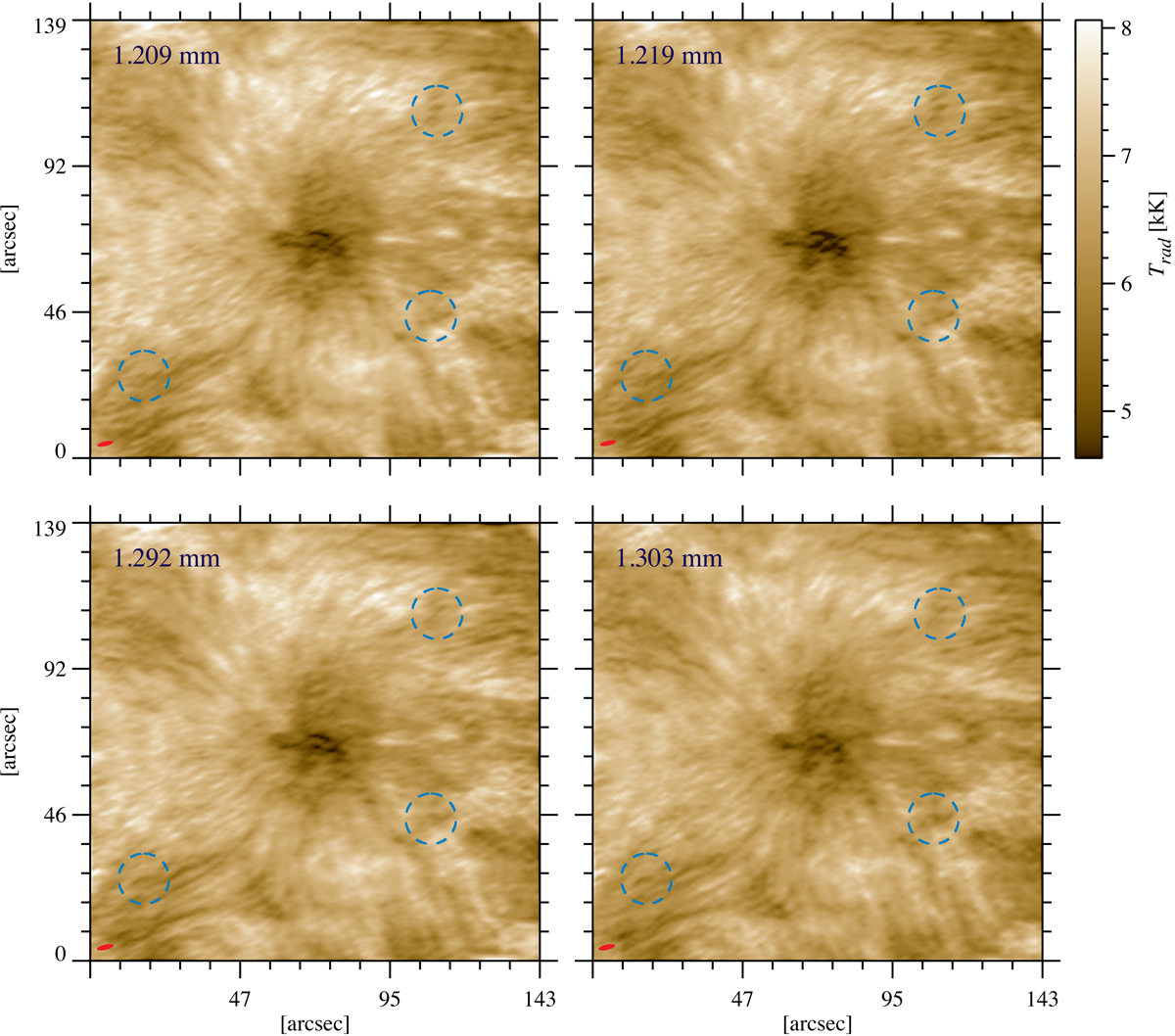