In the framework of understanding the gas and stellar kinematics and their relations to AGNs and galaxy evolution scenarios, we present spatially resolved distributions and kinematics of the stars and gas in the central ∼800 pc radius of the nearby Seyfert galaxy NGC 1365. We obtained H + K- and K-band near-infrared (NIR) integral-field observations from VLT/SINFONI. Our results reveal strong broad and narrow emission-line components of ionized gas (hydrogen recombination lines Paα and Brγ) in the nuclear region, as well as hot dust with a temperature of ∼1300 K, both typical for type-1 AGNs. From MBH - σ* and the broad components of hydrogen recombination lines, we find a black-hole mass of (5 - 10)×106 M⊙. In the central ∼800 pc, we find a hot molecular gas mass of ∼615 M⊙, which corresponds to a cold molecular gas reservoir of (2 - 8)×108 M⊙. However, there is a molecular gas deficiency in the nuclear region. The gas and stellar-velocity maps both show rotation patterns consistent with the large-scale rotation of the galaxy. However, the gaseous and stellar kinematics show deviations from pure disk rotation, which suggest streaming motions in the central < 200 pc and a velocity twist at the location of the ring which indicates deviations in disk and ring rotation velocities in accordance with published CO kinematics. We detect a blueshifted emission line split in Paα, associated with the nuclear region only. We investigate the star-formation properties of the hot spots in the circumnuclear ring which have starburst ages of ≲10 Myr and find indications for an age gradient on the western side of the ring. In addition, our high-resolution data reveal further substructure within this ring which also shows enhanced star forming activity close to the nucleus. 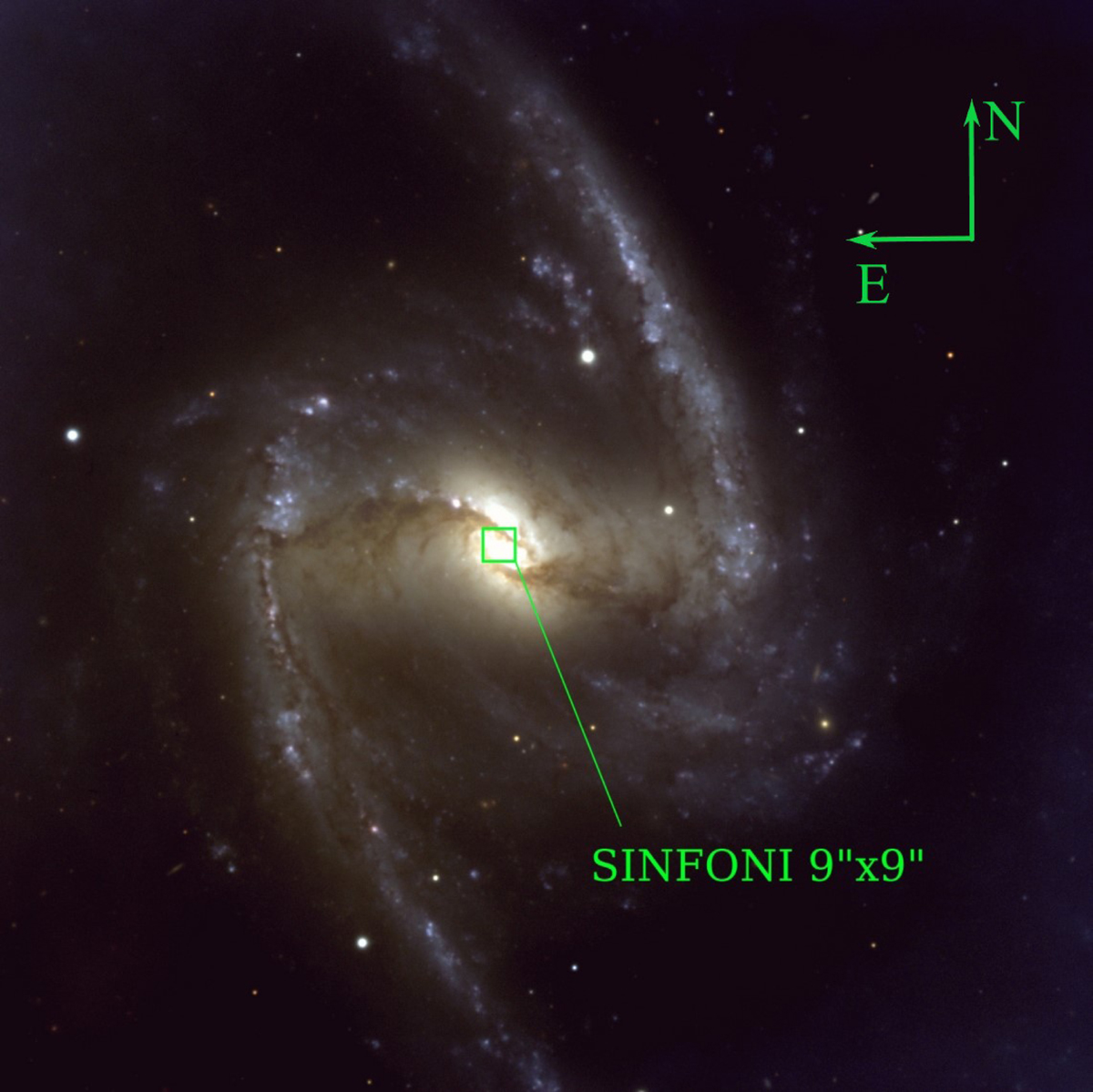