Context. The Gaia second Data Release (DR2) presents a first mapping of full-sky RR Lyrae stars and Cepheids observed by the spacecraft during the initial 22 months of science operations.
Aims: The Specific Objects Study (SOS) pipeline, developed to validate and fully characterise Cepheids and RR Lyrae stars (SOS Cep&RRL) observed by Gaia, has been presented in the documentation and papers accompanying the Gaia first Data Release. Here we describe how the SOS pipeline was modified to allow for processing the Gaia multi-band (G, GBP, and GRP) time-series photometry of all-sky candidate variables and produce specific results for confirmed RR Lyrae stars and Cepheids that are published in the DR2 catalogue.
Methods: The SOS Cep&RRL processing uses tools such as the period-amplitude and the period-luminosity relations in the G band. For the analysis of the Gaia DR2 candidates we also used tools based on the GBP and GRP photometry, such as the period-Wesenheit relation in (G, GRP).
Results: Multi-band time-series photometry and characterisation by the SOS Cep&RRL pipeline are published in Gaia DR2 for 150 359 such variables (9575 classified as Cepheids and 140 784 as RR Lyrae stars) distributed throughout the sky. The sample includes variables in 87 globular clusters and 14 dwarf galaxies (the Magellanic Clouds, 5 classical and 7 ultra-faint dwarfs). To the best of our knowledge, as of 25 April 2018, the variability of 50 570 of these sources (350 Cepheids and 50 220 RR Lyrae stars) has not been reported before in the literature, therefore they are likely new discoveries by Gaia. An estimate of the interstellar absorption is published for 54 272 fundamental-mode RR Lyrae stars from a relation based on the G-band amplitude and the pulsation period. Metallicities derived from the Fourier parameters of the light curves are also released for 64 932 RR Lyrae stars and 3738 fundamental-mode classical Cepheids with periods shorter than 6.3 days. 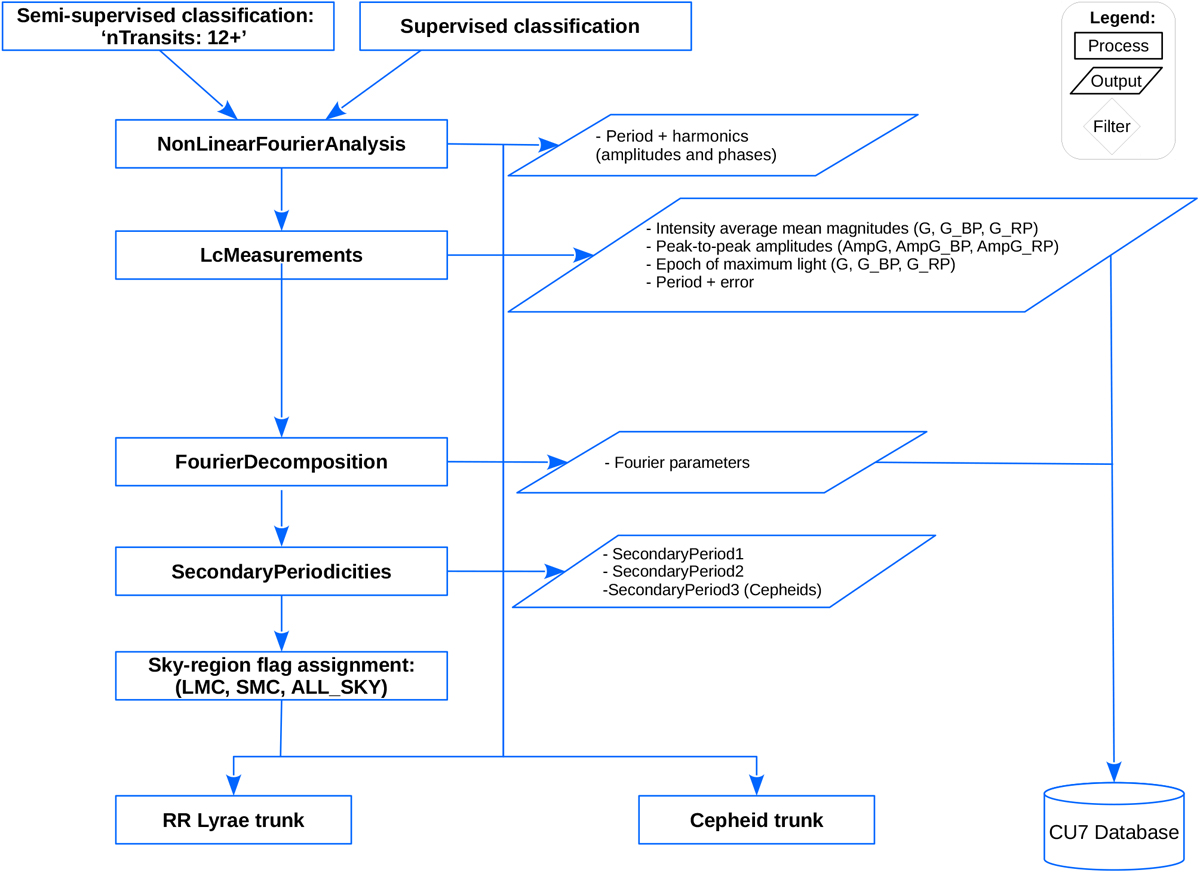