Context. With an orbital distance comparable to that of Saturn in the solar system, β Pictoris b is the closest (semi-major axis ≃9 au) exoplanet that has been imaged to orbit a star. Thus it offers unique opportunities for detailed studies of its orbital, physical, and atmospheric properties, and of disk-planet interactions. With the exception of the discovery observations in 2003 with NaCo at the Very Large Telescope (VLT), all following astrometric measurements relative to β Pictoris have been obtained in the southwestern part of the orbit, which severely limits the determination of the planet's orbital parameters.
Aims: We aimed at further constraining β Pictoris b orbital properties using more data, and, in particular, data taken in the northeastern part of the orbit.
Methods: We used SPHERE at the VLT to precisely monitor the orbital motion of beta β Pictoris b since first light of the instrument in 2014.
Results: We were able to monitor the planet until November 2016, when its angular separation became too small (125 mas, i.e., 1.6 au) and prevented further detection. We redetected β Pictoris b on the northeast side of the disk at a separation of 139 mas and a PA of 30° in September 2018. The planetary orbit is now well constrained. With a semi-major axis (sma) of a = 9.0 ± 0.5 au (1σ), it definitely excludes previously reported possible long orbital periods, and excludes β Pictoris b as the origin of photometric variations that took place in 1981. We also refine the eccentricity and inclination of the planet. From an instrumental point of view, these data demonstrate that it is possible to detect, if they exist, young massive Jupiters that orbit at less than 2 au from a star that is 20 pc away.

Based on observations collected at the European Southern Observatory under programmes 198.C-0209, 1100.C-0481. 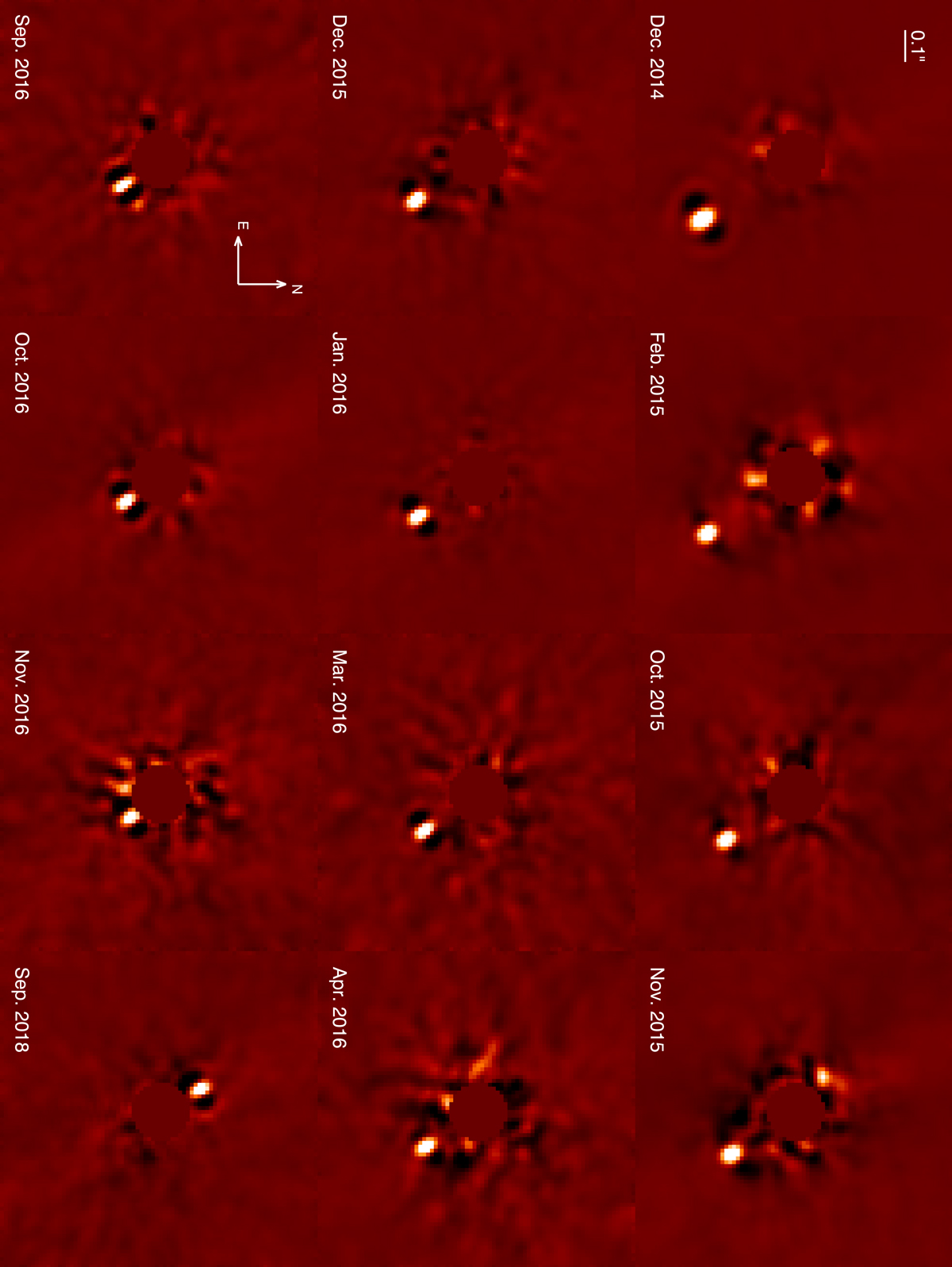