Extended stellar systems in the solar neighborhood. I. The tidal tails of the Hyades

We report the discovery of two well-defined tidal tails emerging from the Hyades star cluster. The tails were detected in Gaia DR2 data by selecting cluster members in the 3D galactocentric cylindrical velocity space. The robustness of our member selection is reinforced by the fact that the sources depict an almost noiseless, coeval stellar main sequence in the observational Hertzsprung-Russel diagram. The spatial arrangement of the selected members represents a highly flattened shape with respect to the direction of movement along the clusters' orbit in the Galaxy. The size of the entire structure, within the limits of the observations, measures about 200 pc in its largest extent, while being only about 25 pc thick. This translates into an on-sky extent of well beyond 100 deg. Intriguingly, a top-down view on the spatial distribution reveals a distinct S-shape, reminiscent of tidal tails that have been observed for globular clusters and also of tails that were modeled for star clusters bound to the Galactic disk. Even more remarkable, the spatial arrangement as well as the velocity dispersion of our source selection is in excellent agreement with previously published theoretical predictions for the tidal tails of the Hyades. An investigation into observed signatures of equipartition of kinetic energy, that is, mass segregation, remains unsuccessful, most likely because of the sensitivity limit for radial velocity measurements with Gaia.

We acknowledge the simultaneous publication by Röser et al. (2019), who also used Gaia DR2 to present evidence for the existence of the Hyades's tidal tails. The authors of both publications did not know about each other's work and arrived at their conclusions independently.The catalog is only available at the CDS via anonymous ftp to http://cdsarc.u-strasbg.fr (ftp://130.79.128.5) or via http://cdsarc.u-strasbg.fr/viz-bin/qcat?J/A+A/621/L3 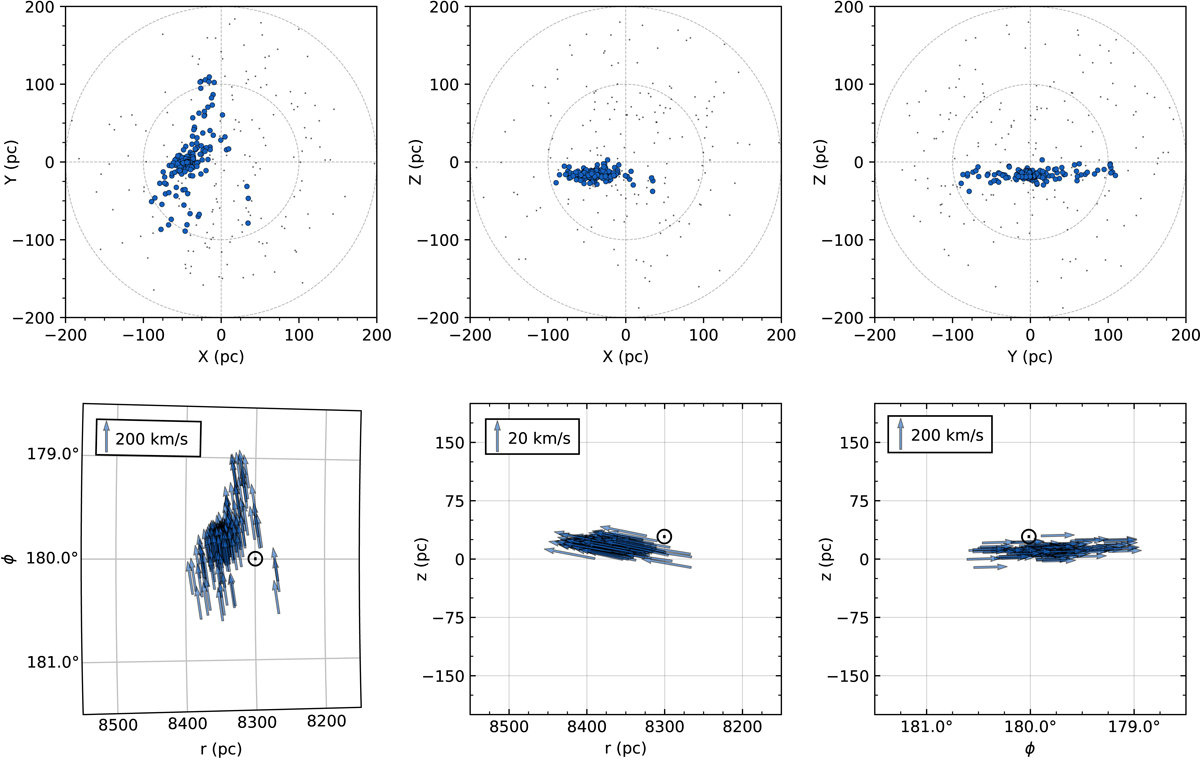