The GAPS Programme with HARPS-N at TNG. XVIII. Two new giant planets around the metal-poor stars HD 220197 and HD 233832

Context. Statistical studies of exoplanets have shown that giant planets are more commonly hosted by metal-rich dwarf stars than low-metallicity stars, while no such correlation is evident for lower mass planets. The search for giant planets around metal-poor stars and the estimate of their occurrence fp is an important element in providing support to models of planet formation.
Aims: We present results from the HARPS-N search for giant planets orbiting metal-poor (- 1.0 ≤[Fe/H] ≤-0.5 dex) stars in the northern hemisphere, complementing a previous HARPS survey on southern stars in order to update the estimate of fp.
Methods: High-precision HARPS-N observations of 42 metal-poor stars were used to search for planetary signals to be fitted using differential evolution Markov chain Monte Carlo single-Keplerian models. We then joined our detections to the results of the previous HARPS survey on 88 metal-poor stars to provide a preliminary estimate of the two-hemisphere fp.
Results: We report the detection of two new giant planets around HD 220197 and HD 233832. The first companion has Msin i = 0.20-0.04+0.07 MJup and an orbital period of 1728-80+162 days, and for the second companion, we find two solutions of equal statistical weight with periods of 2058-40+47 and 4047-117+91 days and minimum masses of 1.78-0.06+0.08 and 2.72-0.23+0.23 MJup, respectively. Joining our two detections with the three from the southern survey, we obtain a preliminary and conservative estimate of the global frequency of fp = 3.84 -1.06+2.45% for giant planets around metal-poor stars.
Conclusions: The two new giant planets orbit dwarf stars at the metal-rich end of the HARPS-N metal-poor sample. This corroborates previous results that suggested that giant planet frequency is still a rising function of the host star [Fe/H]. We also note that all detections in the overall sample are giant long-period planets.

Based on observations made with the HARPS-N spectrograph on the Italian Telescopio Nazionale Galileo (TNG) operated on the island of La Palma (Spain) by the INAF - Fundación Galileo Galilei (Spanish Observatorio del Roque de los Muchachos of the Instituto de Astrofísica de Canarias).RV data (Table 5) are only available at the CDS via anonymous ftp to http://cdsarc.u-strasbg.fr (ftp://130.79.128.5) or via http://cdsarc.u-strasbg.fr/viz-bin/qcat?J/A+A/621/A110 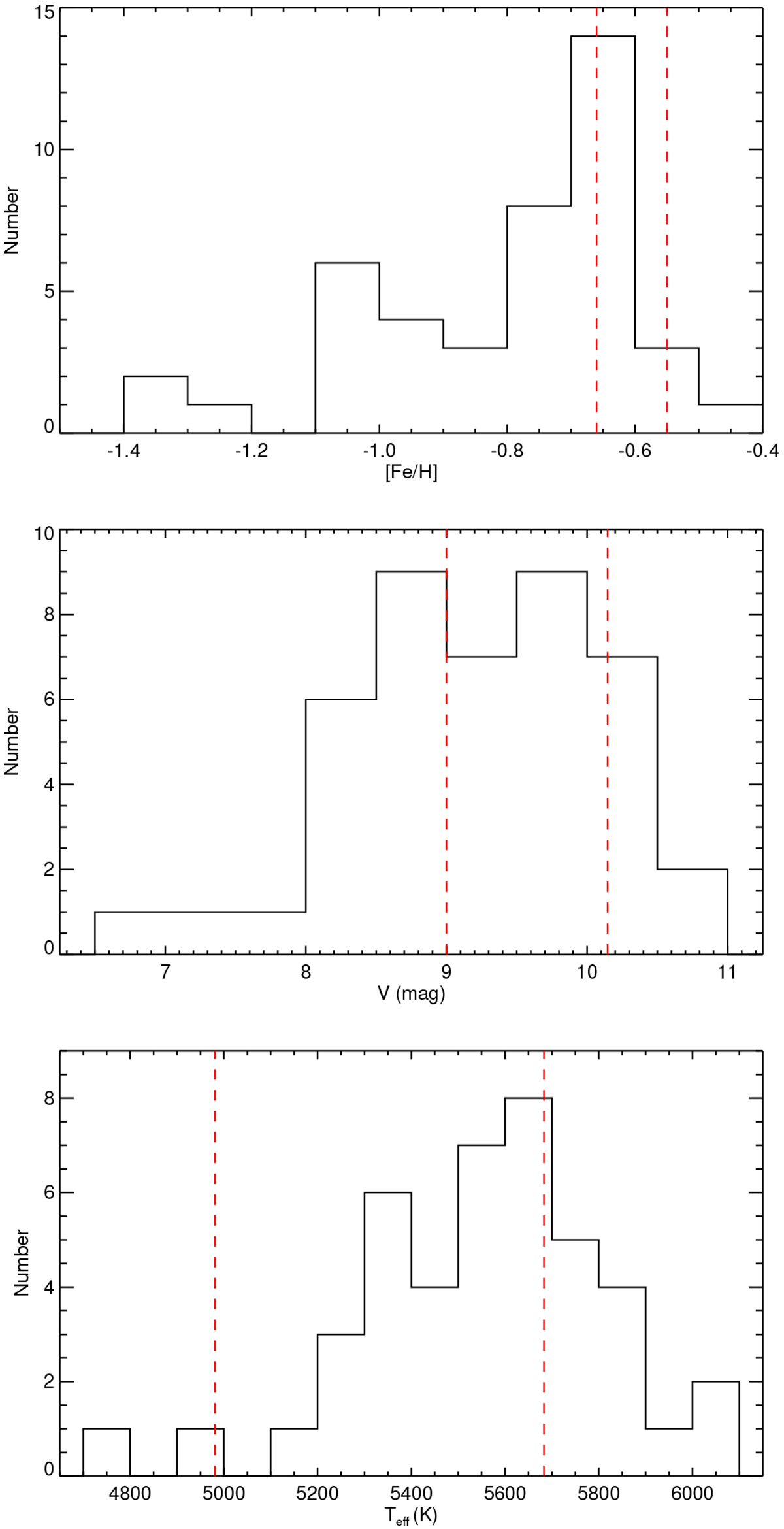