Observations of prestellar cores in star-forming filaments show two distinct morphologies. While molecular line measurements often show broad cores, submillimetre continuum observations predominantly display pinched cores compared to the bulk of the filament gas. In order to explain how different morphologies arise, we use the gravitational instability model where prestellar cores form by growing density perturbations. The radial extent at each position is set by the local line mass. We show that the ratio of core radius to filament radius is determined by the initial line mass of the filament. Additionally, the core morphology is independent of perturbation length-scale and inclination, which makes it an ideal diagnostic for observations. Filaments with a line mass of less than half its critical value should form broad cores, whereas filaments with more than half its critical line-mass value should form pinched cores. For filaments embedded in a constant background pressure, the dominant perturbation growth times significantly differ for low and high line-mass filaments. Therefore, we predict that only one population of cores is present if all filaments within a region begin with similar initial perturbations. 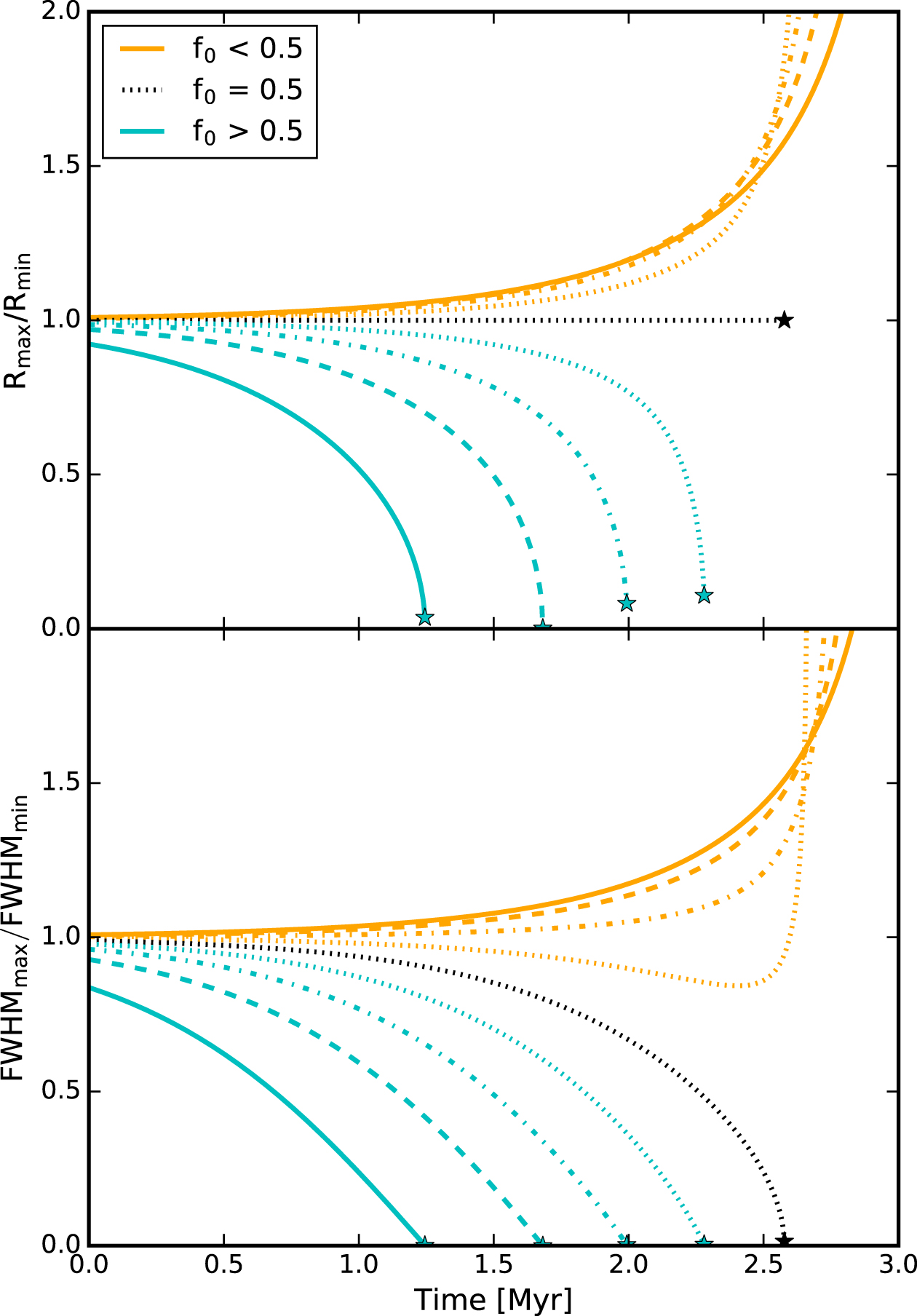