We explore the connection between the atomic gas fraction, fatm, and `global disc stability' parameter, q, of galaxies within a fully cosmological context by examining galaxies in the DARK SAGE semi-analytic model. The q parameter is determined by the ratio of disc specific angular momentum to mass, i.e. q ∝ jdisc/mdisc. DARK SAGE is well suited to our study, as it includes the numerical evolution of one-dimensional disc structure, making both jdisc and q predicted quantities. We show that DARK SAGE produces a clear correlation between gas fraction and jdisc at fixed disc mass, in line with recent results from observations and hydrodynamic simulations. This translates to a tight q-fatm sequence for star-forming central galaxies, which closely tracks the analytic prediction of Obreschkow et al. The scatter in this sequence is driven by the probability distribution function of mass as a function of j (PDF of j) within discs, specifically where it peaks. We find that halo mass is primarily responsible for the peak location of the PDF of j, at least for low values of q. Two main mechanisms of equal significance are then identified for disconnecting fatm from q. Mergers in the model can trigger quasar winds, with the potential to blow out most of the gas disc, while leaving the stellar disc relatively unharmed. Ram-pressure stripping of satellite galaxies has a similar effect, where fatm can drop drastically with only a minimal effect to q. We highlight challenges associated with following these predictions up with observations. 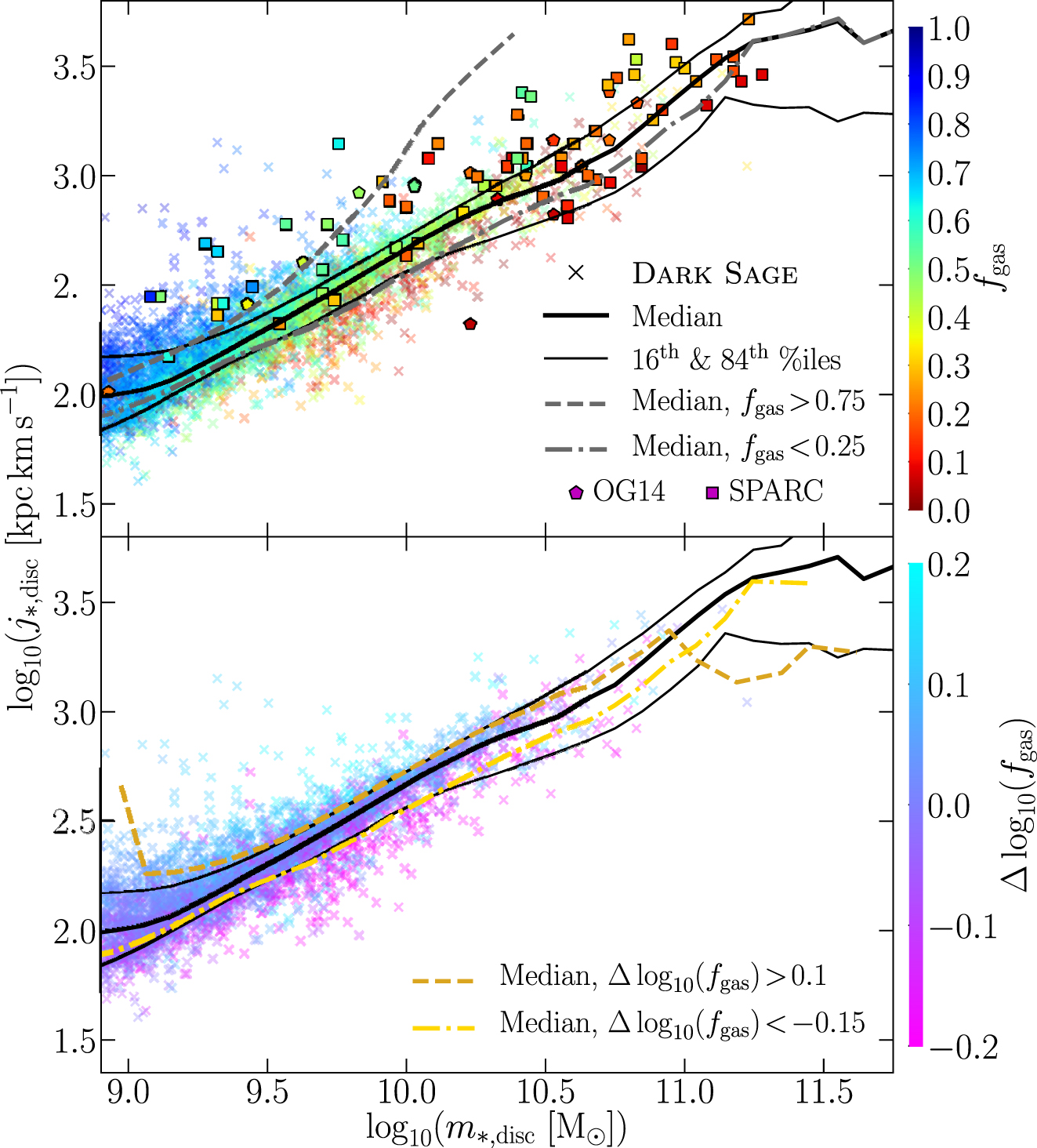