Mass, energy, and momentum capture from stellar winds by magnetized and unmagnetized planets: implications for atmospheric erosion and habitability

The extent to which a magnetosphere protects its planetary atmosphere from stellar wind ablation depends upon how well it prevents energy and momentum exchange with the atmosphere and how well it traps otherwise escaping plasma. We focus on the former, and provide a formalism for estimating approximate upper limits on mass, energy, and momentum capture, and use them to constrain loss rates. Our approach quantifies a competition between the local deflection of incoming plasma by a planetary magnetic field and the increase in area for solar wind mass capture provided by this magnetosphere when the wind and planetary fields incur magnetic reconnection. Solar wind capture can be larger for a magnetized planet versus an unmagnetized planet with small ionosphere, even if the rate of energy transfer is less. We find this to be the case throughout Earth's history since the lunar forming impact - the likely start of the geodynamo. Focussing of incoming charged particles near the magnetic poles can increase the local energy flux for a strong enough planetary field and weak enough wind, and we find that this may be the case for Earth's future. The future protective role of Earth's magnetic field would then depend on its ability to trap outgoing plasma. This competition between increased collection area and reduced inflow speed from a magnetosphere is likely essential in determining the net protective role of planetary fields and its importance in sustaining habitability, and can help explain the current ion loss rates from Mars, Venus, and Earth. 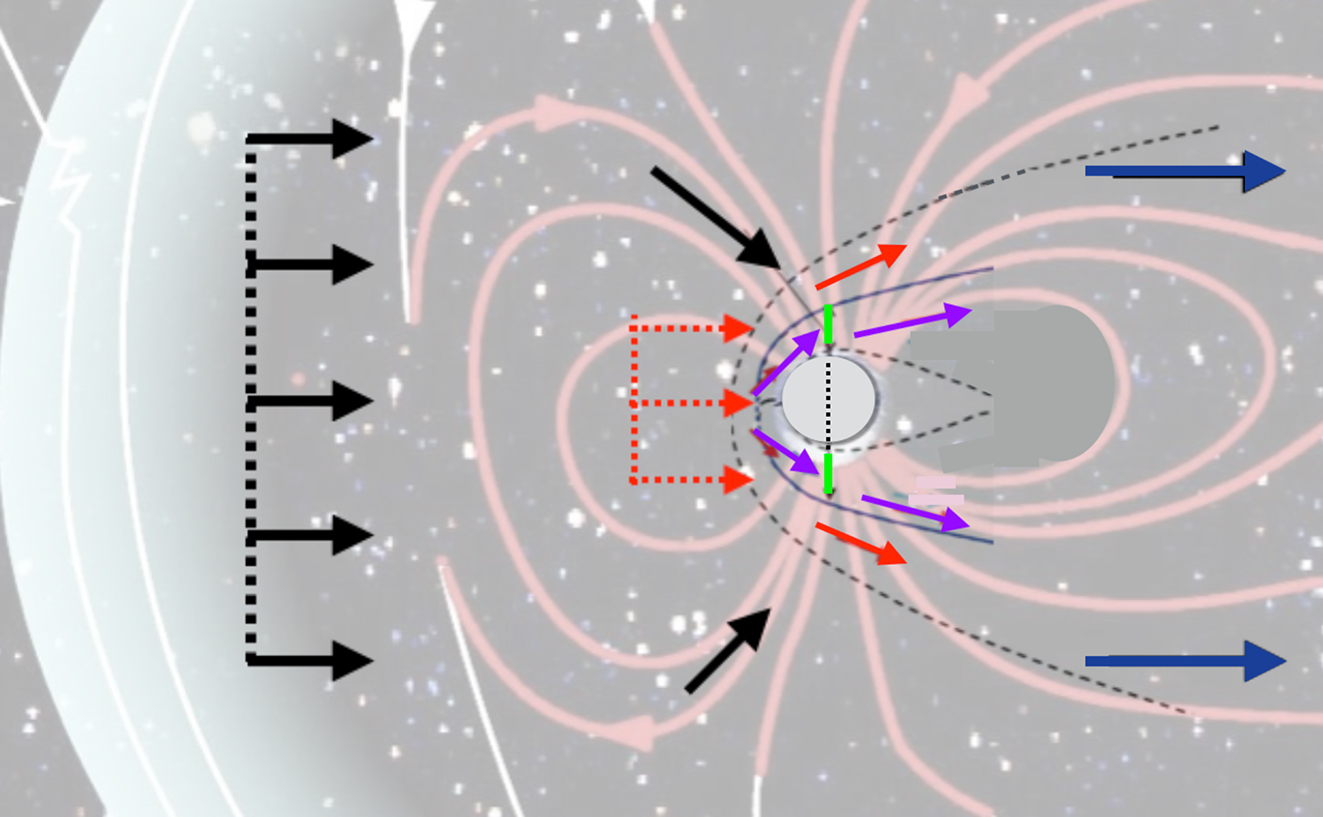