Galaxy orientation with the cosmic web across cosmic time

This work investigates the alignment of galactic spins with the cosmic web across cosmic time using the cosmological hydrodynamical simulation Horizon-AGN. The cosmic web structure is extracted via the persistent skeleton as implemented in the DISPERSE algorithm. It is found that the spin of low-mass galaxies is more likely to be aligned with the filaments of the cosmic web and to lie within the plane of the walls while more massive galaxies tend to have a spin perpendicular to the axis of the filaments and to the walls. The mass transition is detected with a significance of 9σ. This galactic alignment is consistent with the alignment of the spin of dark haloes found in pure dark matter simulations and with predictions from (anisotropic) tidal torque theory. However, unlike haloes, the alignment of low-mass galaxies is weak and disappears at low redshifts while the orthogonal spin orientation of massive galaxies is strong and increases with time, probably as a result of mergers. At fixed mass, alignments are correlated with galaxy morphology: the high-redshift alignment is dominated by spiral galaxies while elliptical centrals are mainly responsible for the perpendicular signal. The two regimes probed in this work induce competing galactic alignment signals for weak lensing, with opposite redshift and luminosity evolution. Understanding the details of these intrinsic alignments will be key to exploit future major cosmic shear surveys like Euclid or LSST. 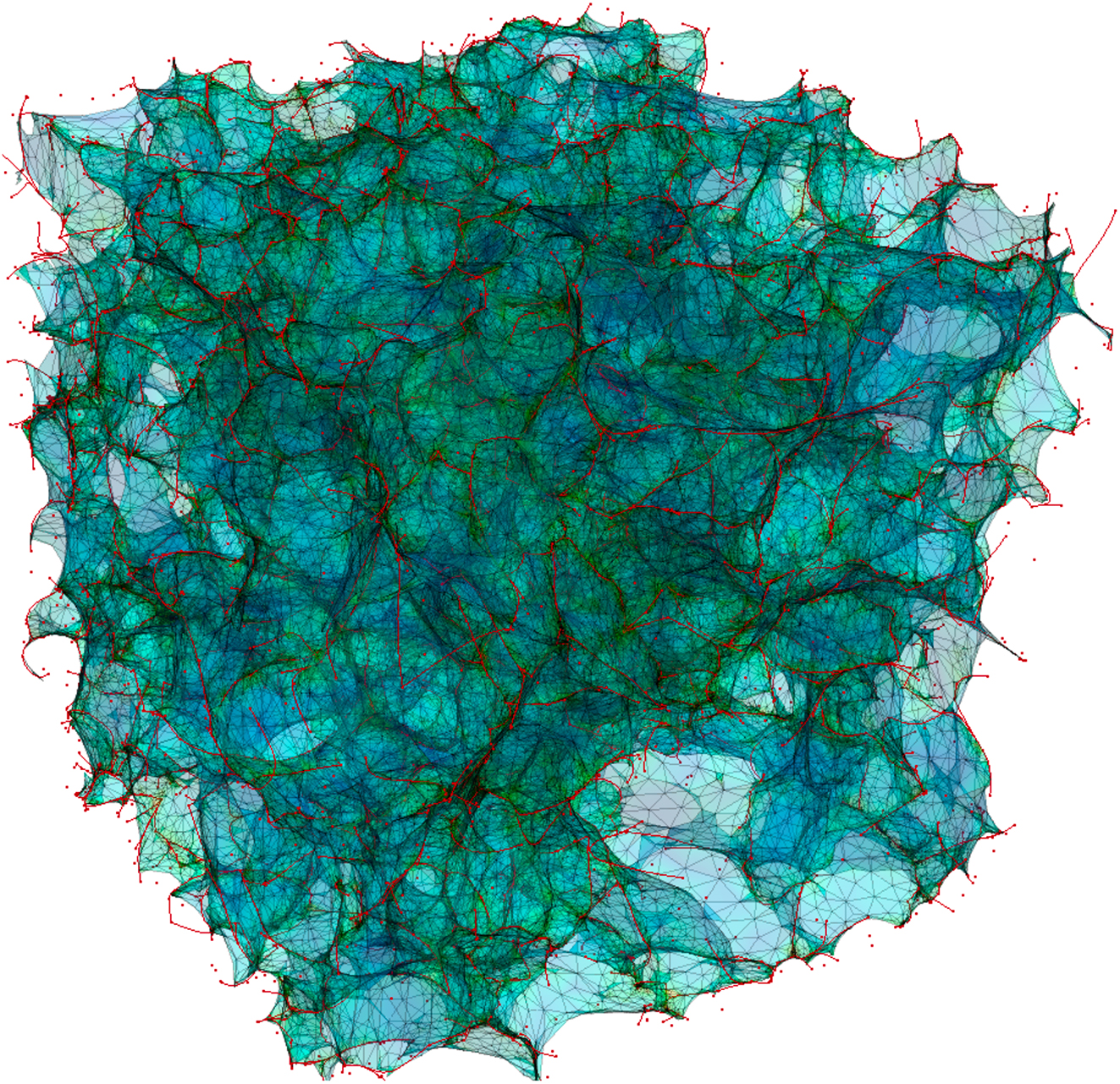