We present the first broad-band X-ray study of the nuclei of 14 hard X-ray-selected giant radio galaxies, based both on the literature and on the analysis of archival X-ray data from NuSTAR, XMM-Newton, Swift, and INTEGRAL. The X-ray properties of the sources are consistent with an accretion-related X-ray emission, likely originating from an X-ray corona coupled to a radiatively efficient accretion flow. We find a correlation between the X-ray luminosity and the radio core luminosity, consistent with that expected for active galactic nuclei powered by efficient accretion. In most sources, the luminosity of the radio lobes and the estimated jet power are relatively low compared with the nuclear X-ray emission. This indicates that either the nucleus is more powerful than in the past, consistent with a restarting of the central engine, or that the giant lobes are dimmer due to expansion losses. 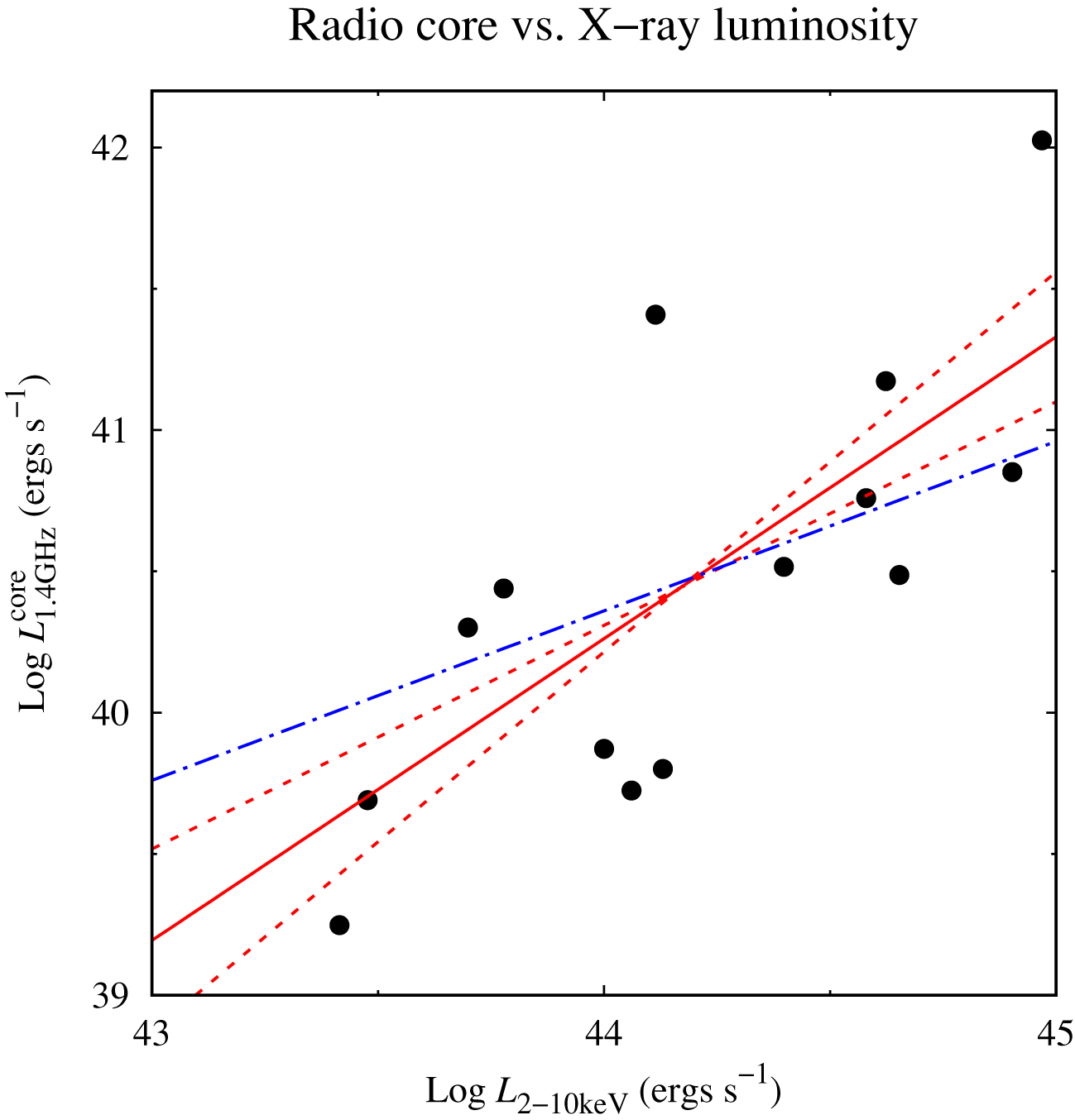