We use Rossi X-ray Timing Explorer observations to conduct a population study of the timing properties of 27 accretion-powered neutron star low-mass X-ray binaries (LMXBs), following a model-independent approach that was originally applied to black hole systems. The ratios of integrated power in four equally spaced Fourier frequency bands allow power spectral shapes to be parametrized with two `power colour' values, providing a simple way of tracking the evolution in timing properties across observations. We show that neutron star LMXBs follow a remarkably similar power spectral evolution to black hole LMXBs, confirming that the broadband noise variability seen in both types of system has a common origin in the accretion flow. Both neutron stars and black holes follow a similar clear track in the power colour-colour diagram, as they transition from the hard through soft states. Quantifying the position on this oval track using a single parameter, the power-spectral `hue', we find that the transition in X-ray spectral shape occurs at the same hue for both neutron star and black hole systems. The power colours of Z sources map on to those of soft state black holes, while those of atoll sources correspond to all spectral states. There is no clear dependence of power colour on neutron star spin, or on whether the neutron star is clearly magnetized (determined by ms X-ray pulsations). 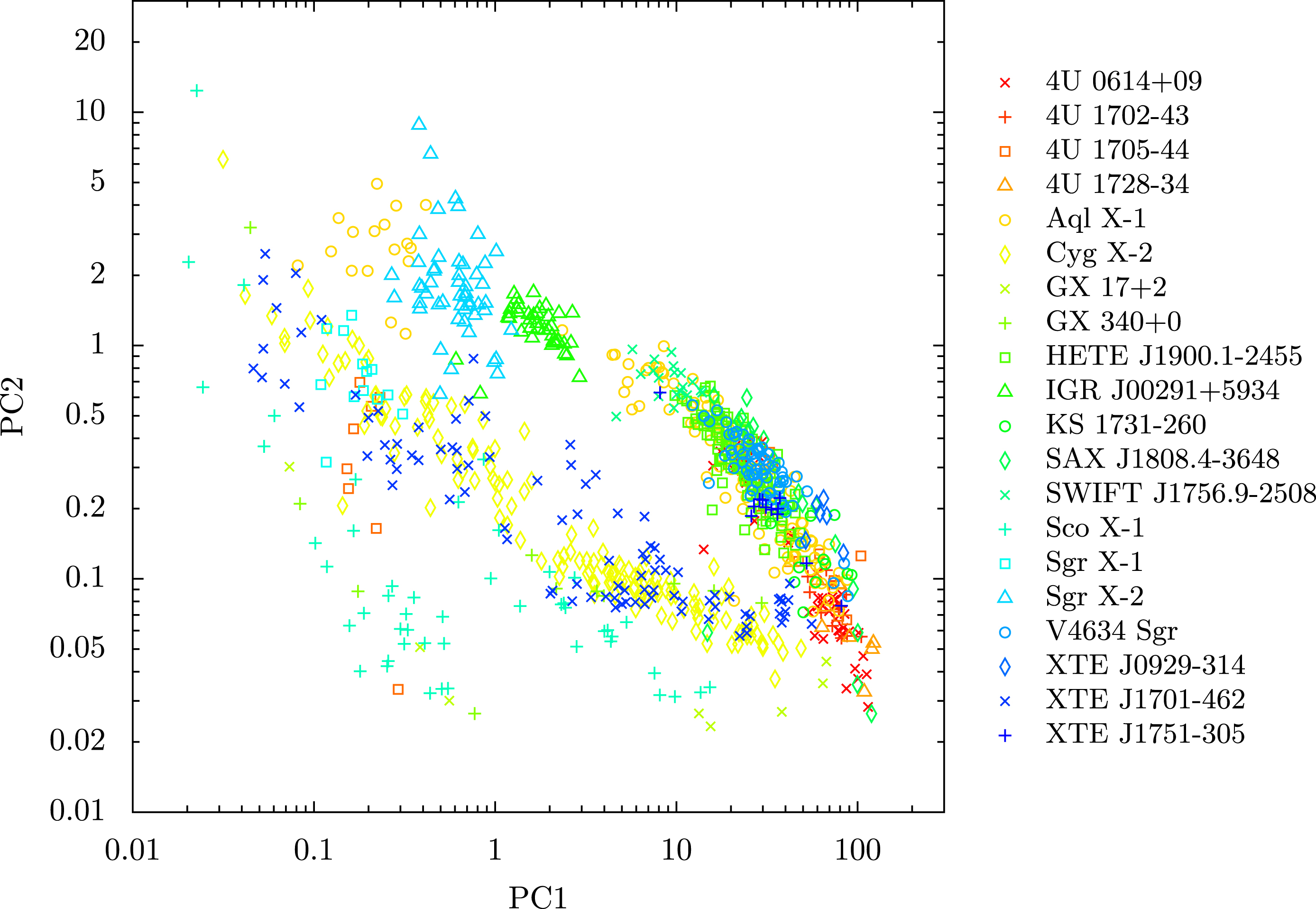