Exploiting a sample of 680 star-forming galaxies from the Padova Millennium Galaxy Group Catalog (PM2GC; Calvi, Poggianti & Vulcani 2011) in the range 0.038 ≤ z ≤ 0.104, we present a detailed analysis of the star formation rate (SFR)-stellar mass (M*) and specific SFR (SSFR)-M* relations as a function of environment. We adopt three different parametrizations of environment to probe different scales. We consider separately (1) galaxies in groups, binary and single systems, defined in terms of a friends-of-friends algorithm, (2) galaxies located at different projected local densities, and (3) galaxies in haloes of different mass. Overall, above logM*/M > 10.25 and SSFR > 10-12 yr-1, the SFR-M*, and SSFR-M* relations do not depend on environment, when the global environment is used, while when the halo mass is considered, high-mass haloes might have a systematically lower (S)SFR-M⋆ relation. Finally, when local densities are exploited, at any given mass galaxies in less dense environments have systematically higher values of SFR. All the relations are characterized by a large scatter (σ ∼ 0.6), which is due to the coexistence of galaxies of different morphological types. Indeed, at any given mass, late types are characterized by systematically higher values of SFR and SSFR than S0s and ellipticals. Galaxies of the same morphology show similar trends in all the environments, but their incidence strongly depends on environment and on the environmental parametrization adopted, with late types generally becoming less common in denser environments, contrasted by the increase of ellipticals and/or S0s. Our results suggest that in the local Universe morphology and local interactions, probed by the local density parametrization, have dominant roles in driving the characteristics of the SFR-M* relation. 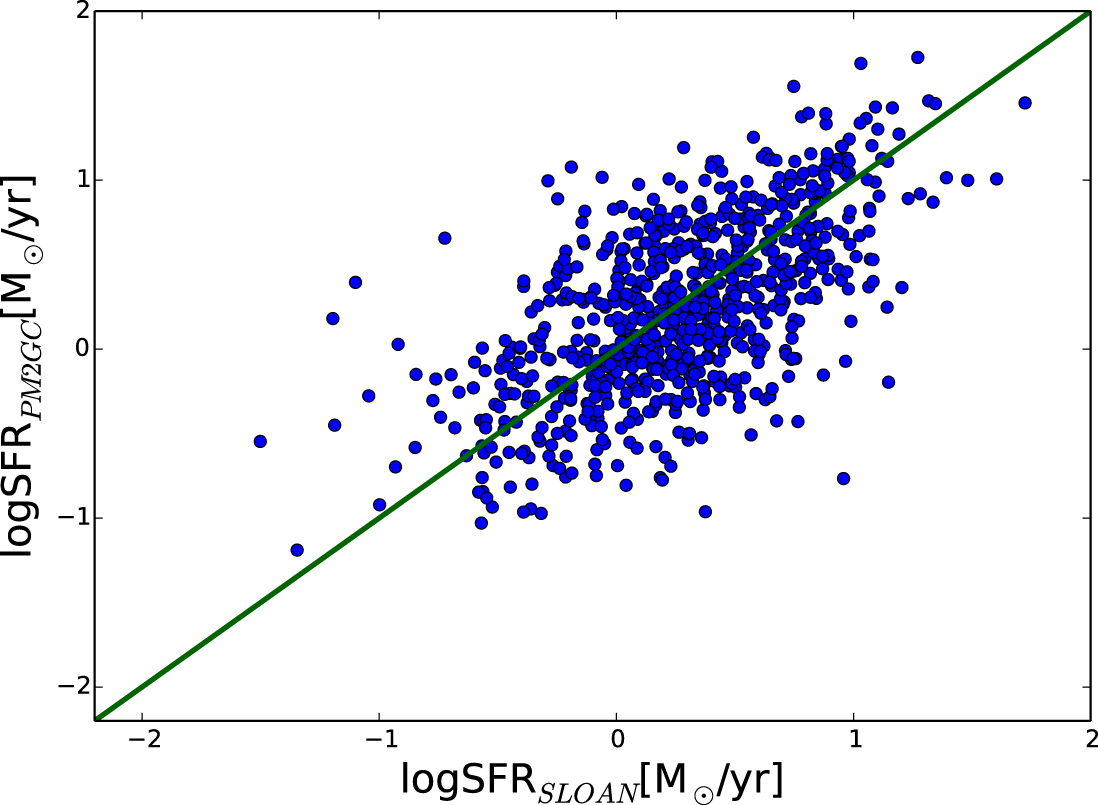