We investigate the rapid growth phase of supermassive black holes (BHs) within the hydrodynamical cosmological EAGLE simulation. This non-linear phase of BH growth occurs within ∼L* galaxies, embedded between two regulatory states of the galaxy host: in sub L* galaxies efficient stellar feedback regulates the gas inflow on to the galaxy and significantly reduces the growth of the central BH, while in galaxies more massive than L* efficient AGN feedback regulates the gas inflow on to the galaxy and curbs further non-linear BH growth. We find evolving critical galaxy and halo mass scales at which rapid BH growth begins. Galaxies in the low-redshift Universe transition into the rapid BH growth phase in haloes that are approximately an order of magnitude more massive than their high-redshift counterparts (M200 ≈1012.4 M⊙ at z ≈ 0 decreasing to M200 ≈1011.2 M⊙ at z ≈ 6). Instead, BHs enter the rapid growth phase at a fixed critical halo virial temperature (Tvir ≈ 105.6 K). We additionally show that major galaxy-galaxy interactions (μ ≥ 1/4, where μ is the stellar mass ratio) play a substantial role in triggering the rapid growth phase of BHs in the low-redshift Universe, whilst potentially having a lower influence at high redshift. Approximately 40 per cent of BHs that initiate the rapid BH growth phase at z ≈ 0 do so within ±0.5 dynamical times of a major galaxy-galaxy merger, a fourfold increase above what is expected from the background merger rate. We find that minor mergers (1/10 ≤ μ < 1/4) have a substantially lower influence in triggering the rapid growth phase at all epochs. 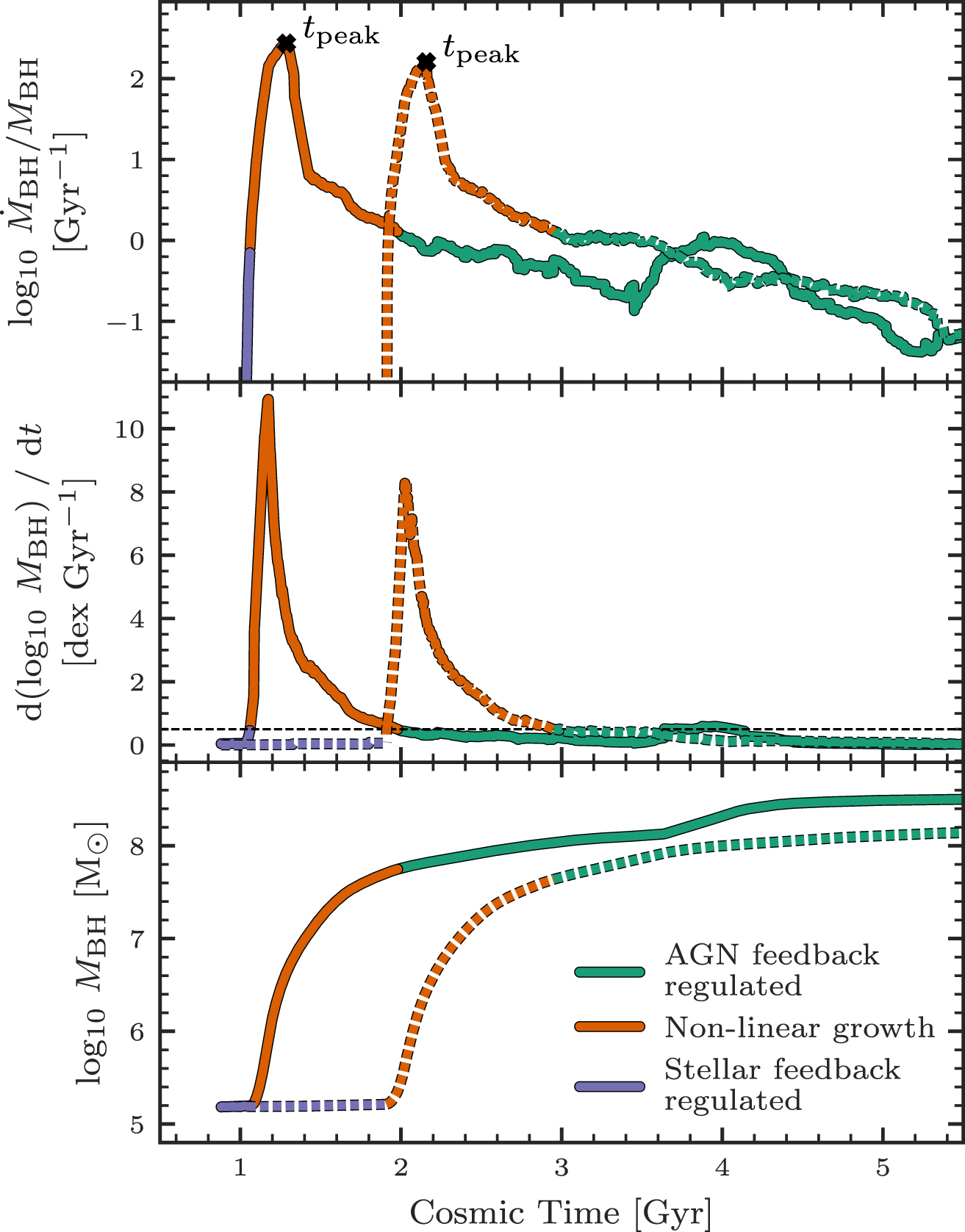