High- and low-resolution International Ultraviolet Explorer (IUE) spectra of V838 Her in the early outburst stages exhibit a strong absorption feature shortward of λ3130. We discuss the nature of this spectral feature and provide convincing evidence that it corresponds to the blueshifted resonance doublet of singly ionized 7Be recently discovered in other novae. During the evolution of the outburst the appearance of an emission feature close to λ3130 Å is also identified as 7Be II λ3132 because the usual identification as the O III λ3133.7 Bowen fluorescence line is hardly compatible with both the known oxygen underabundance in the nova ejecta and the low optical depths in the nebula due to the high outflow velocity. The average 7Be abundance relative to hydrogen, estimated by four different methods, i.e. the 7Be II/Mg II absorption ratio, and the 7Be II/Mg II, 7Be II/He II1640, and 7Be II/Hβ emission ratios, is N(Be)/N(H) ≈2.5 × 10-5 (by number), i.e. ≈1.7 × 10-4 by mass. This corresponds to an overproduction of 7Be by about 1 dex in comparison with the theoretical models of massive CO and ONe novae. Since 7Be all converts into 7Li, the 7Be/H abundance implies a 7Li/H overabundance of about 4 dex over the 7Li/H meteoritic value and indicates a total ejected mass of 7Li of ≈9.5 × 10-10 M☉. These data are in line with previous observations and indicate that large amounts of 7Li can be synthesized in a variety of novae, including very fast ONe novae. 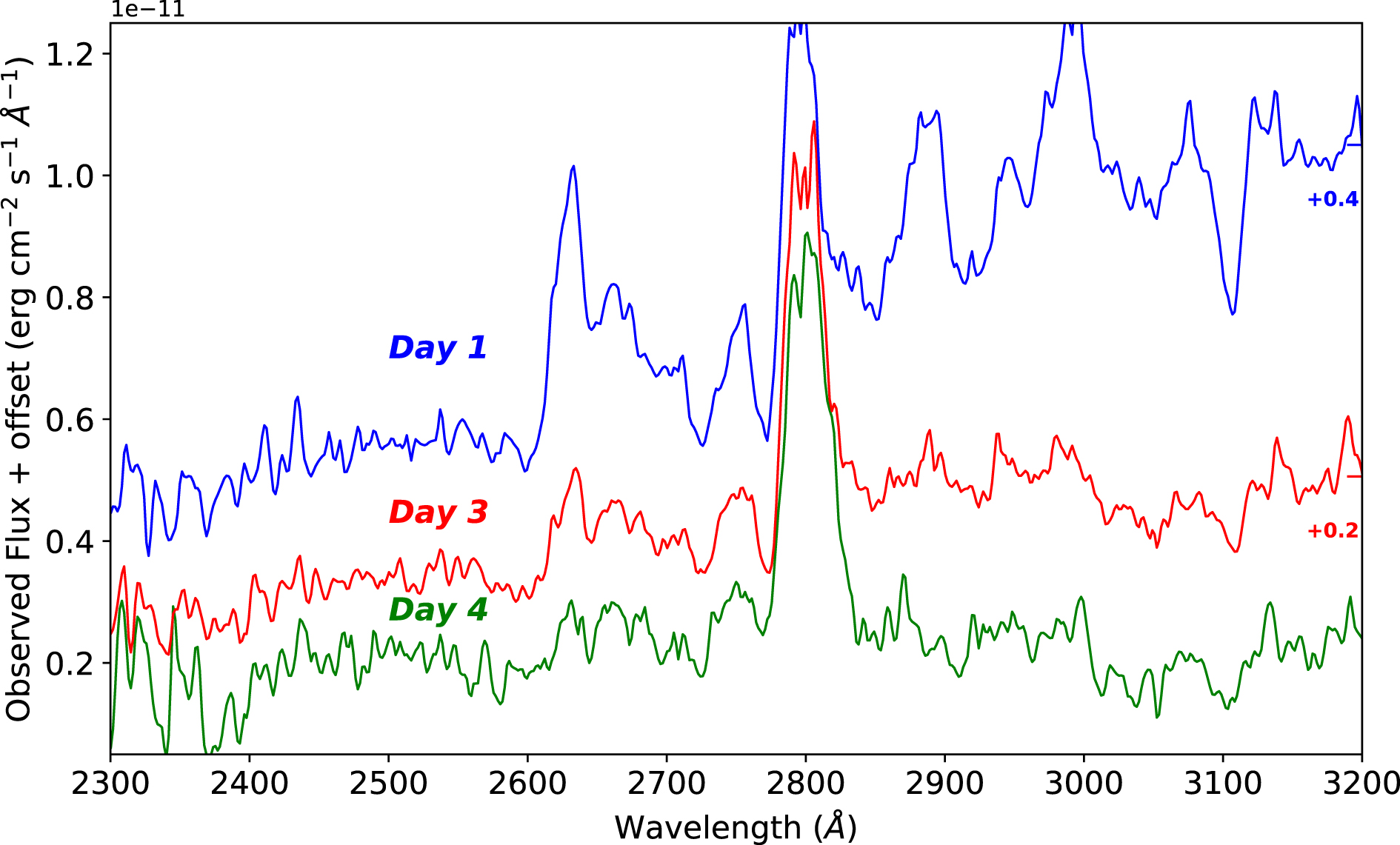