We present the results of a wide spectroscopic survey aimed at detecting extragalactic globular clusters (GCs) in the core of the Fornax cluster. About 4500 low-resolution spectra (from 4800 to 10000 Å) were observed in 25 VLT/VIMOS masks covering the central 1 deg2 around the dominant galaxy NGC 1399 corresponding to ∼175 kpc galactocentric radius. We describe the methodology used for data reduction and data analysis. We found a total of 387 unique physical objects (372 GCs and 15 ultracompact dwarfs) in the field covered by our observations. Most of these objects lie in the region of NGC 1399 halo, with only 10 per cent likely belonging to other giant galaxies 48 of these objects have a literature counterpart. The new VIMOS data set is complementary to the many GC catalogues already present in the literature and it brings the total number of tracer particles around NGC 1399 to more than 1130 objects. With this comprehensive radial velocity sample, we have found that the velocity dispersion of the GC population (equally for red and blue GC populations) shows a relatively sharp increase from low velocity dispersion ({∼ } 250{-}350 {km s^{-1}}) to high velocity dispersion ({∼ } 300 {-}400 {km s^{-1}}) at projected radius of ≈10 arcmin (∼60 kpc) from the galaxy centre. This suggests that at a projected radius of ≈60 kpc both blue and red GC populations begin to be governed by the dominating Fornax cluster potential, rather than by the central NGC 1399 galaxy potential. This kinematic evidence corroborates similar results found using surface brightness analysis and planetary nebulae kinematics. 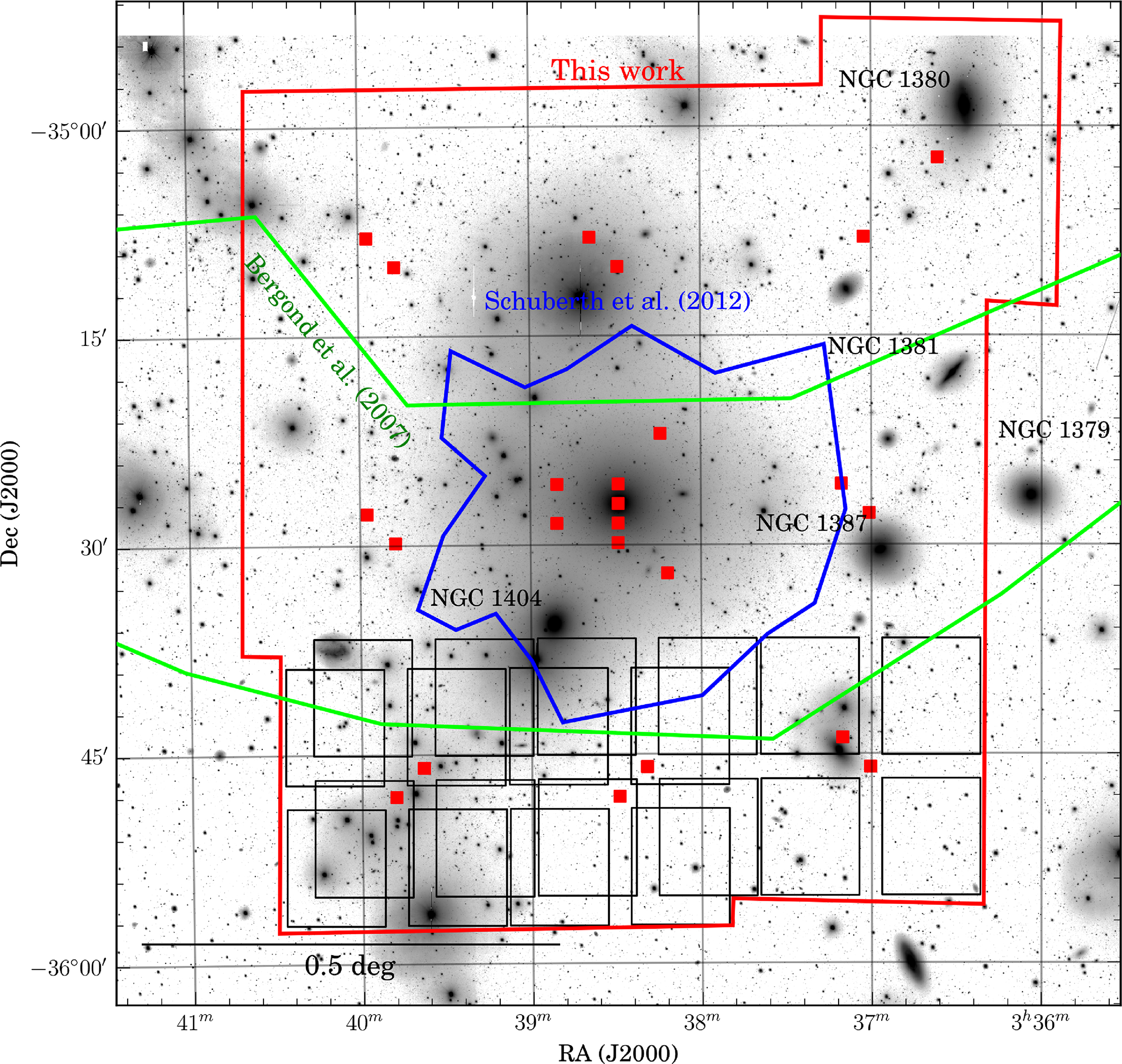