The angular power spectrum Cℓ(zi, zj) is a gauge-independent observable that is in principle the natural tool for analysing galaxy number counts. In practice, the problem is that the computational requirements for next-generation spectroscopic surveys such as Euclid and the Square Kilometre Array are currently unfeasible. We propose a new method to save computational time for spectroscopic angular power spectra. This hybrid method is modelled on the Fourier power spectrum approach of treating relatively thick redshift bins (∆z ̃ 0.1) as separate surveys. In the hybrid method, each thick bin is further subdivided into thin bins (δz ̃ 0.01); all the correlations within each thick bin are computed, whilst cross-bin correlations beyond the thick bins are neglected. Constraints on cosmological parameters from the hybrid method are comparable to those from the standard galaxy P_g(k,z) analysis - but they have the advantage that cosmic evolution, wide-angle, and lensing effects are naturally included, whilst no Alcock-Paczynski correction is needed. The hybrid method delivers much tighter constraints than a 2D tomographic approach that is typical for photometric surveys, which considers only thick bins and the correlations between them. Furthermore, for standard cosmological parameters our method is not biased by neglecting the effects of lensing on number counts, whilst the tomographic method is strongly biased. 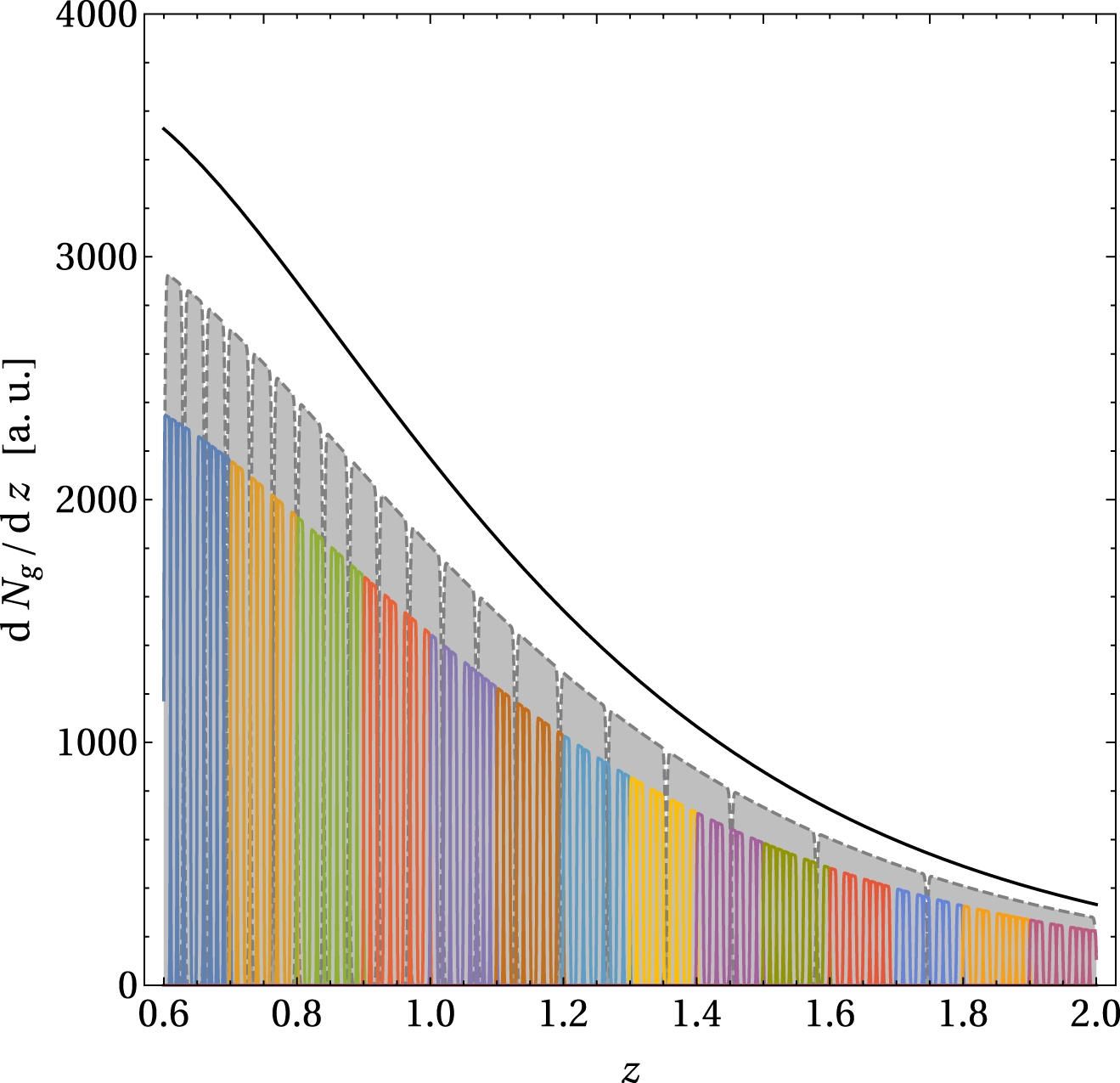