The causes of the red sequence, the blue cloud, the green valley, and the green mountain

The galaxies found in optical surveys fall in two distinct regions of a diagram of optical colour versus absolute magnitude: the red sequence and the blue cloud, with the green valley in between. We show that the galaxies found in a submillimetre survey have almost the opposite distribution in this diagram, forming a `green mountain'. We show that these distinctive distributions follow naturally from a single, continuous, curved Galaxy Sequence in a diagram of specific star formation rate versus stellar mass, without there being the need for a separate star-forming galaxy main sequence and region of passive galaxies. The cause of the red sequence and the blue cloud is the geometric mapping between stellar mass/specific star formation rate and absolute magnitude/colour, which distorts a continuous Galaxy Sequence in the diagram of intrinsic properties into a bimodal distribution in the diagram of observed properties. The cause of the green mountain is Malmquist bias in the submillimetre waveband, with submillimetre surveys tending to select galaxies on the curve of the Galaxy Sequence, which have the highest ratios of submillimetre-to-optical luminosity. This effect, working in reverse, causes galaxies on the curve of the Galaxy Sequence to be underrepresented in optical samples, deepening the green valley. The green valley is therefore not evidence (1) for there being two distinct populations of galaxies, (2) for galaxies in this region evolving more quickly than galaxies in the blue cloud and the red sequence, and (3) for rapid-quenching processes in the galaxy population. 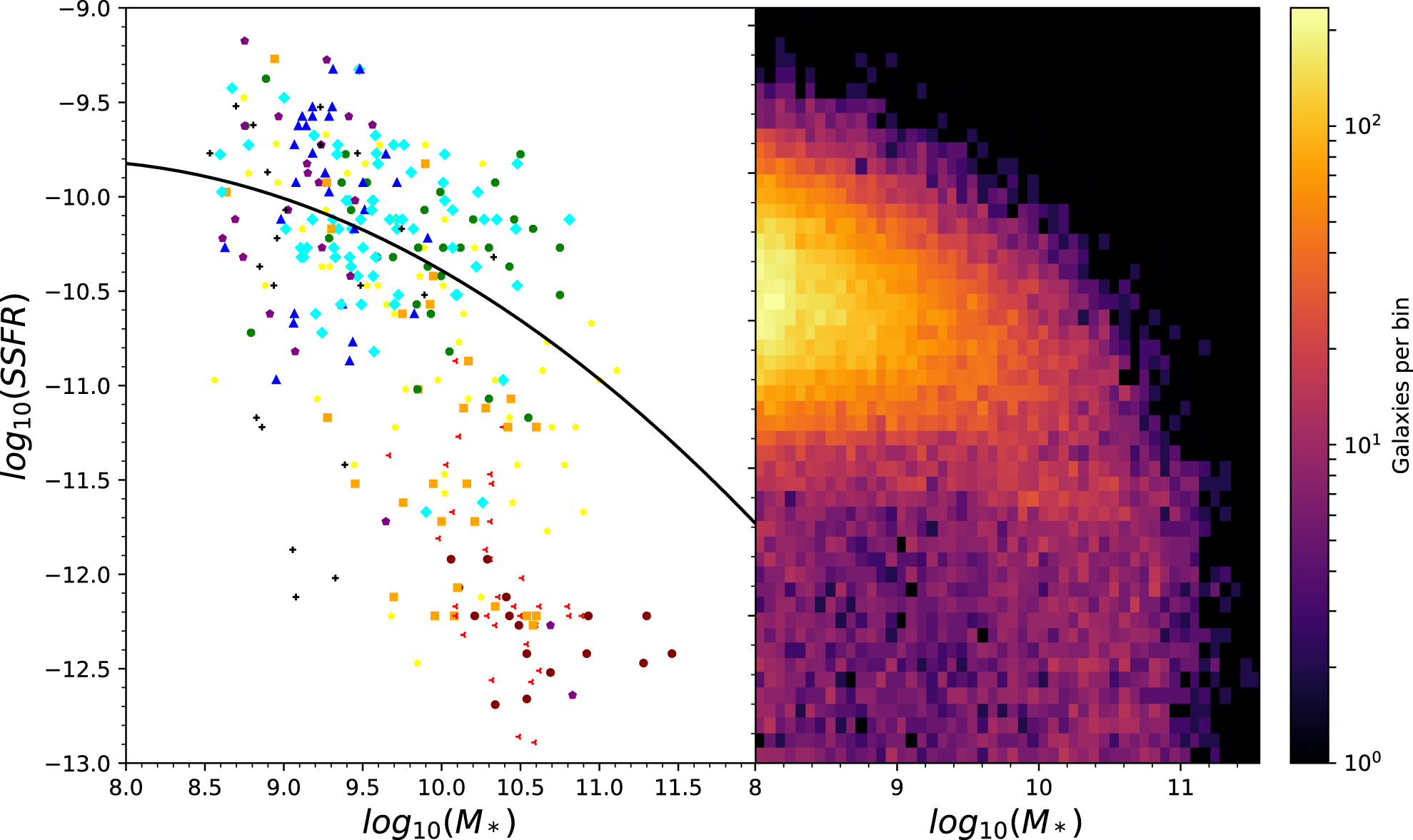