Which mechanism(s) are mainly driving nuclear activity in the centres of galaxies is a major unsettled question. In this study, we investigate the statistical relevance of galaxy mergers for fuelling gas onto the central few kpc of a galaxy, potentially resulting in an active galactic nucleus (AGN). To robustly address that, we employ large-scale cosmological hydrodynamic simulations from the Magneticum Pathfinder set, including models for black hole accretion and AGN feedback. Our simulations predict that for luminous AGN (L_AGN > 10^{45} {erg s}^{-1}) at z = 2, more than 50 per cent of their host galaxies have experienced a merger in the last 0.5 Gyr. These high merger fractions, however, merely reflect the intrinsically high merger fractions of massive galaxies at z = 2, in which luminous AGN preferentially occur. Apart from that, our simulations suggest that merger events are not the statistically dominant fuelling mechanism for nuclear activity over a redshift range z = 0 - 2: irrespective of AGN luminosity, less than 20 per cent of AGN hosts have on average undergone a recent merger, in agreement with a number of observational studies. The central interstellar medium conditions required for inducing AGN activity can be, but are not necessarily caused by a merger. Despite the statistically minor relevance of mergers, at a given AGN luminosity and stellar mass, the merger fractions of AGN hosts can be by up to three times higher than that of inactive galaxies. Such elevated merger fractions still point towards an intrinsic connection between AGN and mergers, consistent with our traditional expectation. 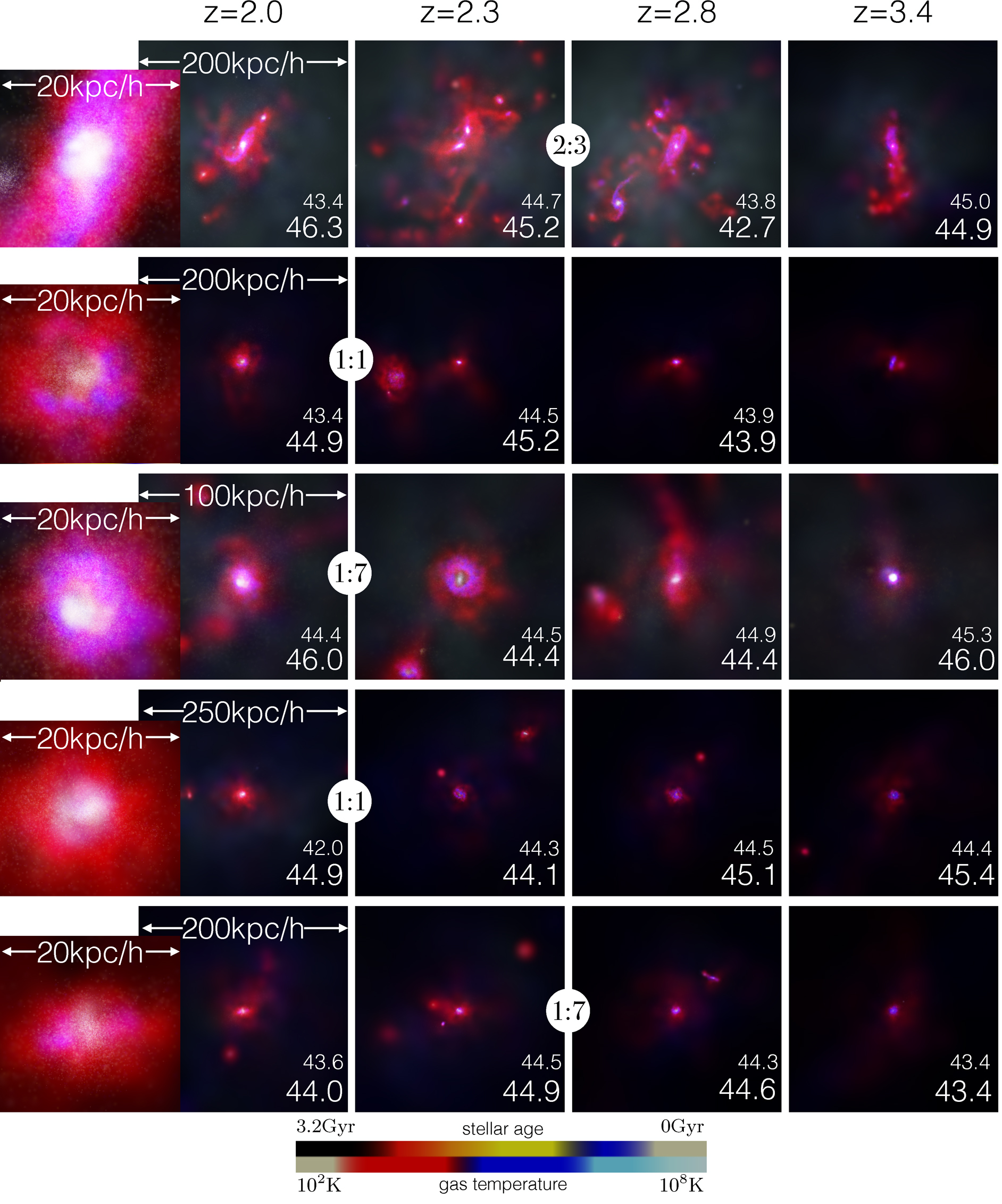