Studying the [O III]λ5007 Å emission-line width in a sample of ∼ 80 local active galaxies: a surrogate for σ

For a sample of ∼ 80 local (0.02 ≤ z ≤ 0.1) Seyfert-1 galaxies with high-quality long-slit Keck spectra and spatially resolved stellar-velocity dispersion (σ⋆) measurements, we study the profile of the [O III]λ5007 Å emission line to test the validity of using its width as a surrogate for σ⋆. Such an approach has often been used in the literature, since it is difficult to measure σ⋆ for type-1 active galactic nuclei (AGNs) due to the AGN continuum outshining the stellar-absorption lines. Fitting the [O III] line with a single Gaussian or Gauss-Hermite polynomials overestimates σ⋆ by 50-100 per cent. When line asymmetries from non-gravitational gas motion are excluded in a double Gaussian fit, the average ratio between the core [O III] width (σ[O III], D) and σ⋆ is ∼ 1, but with individual data points off by up to a factor of two. The resulting black-hole-mass-σ[O III], D relation scatters around that of quiescent galaxies and reverberation-mapped AGNs. However, a direct comparison between σ⋆ and σ[O III], D shows no close correlation, only that both quantities have the same range, average, and standard deviation, probably because they feel the same gravitational potential. The large scatter is likely due to the fact that line profiles are a luminosity-weighted average, dependent on the light distribution and underlying kinematic field. Within the range probed by our sample (80-260 km s-1), our results strongly caution against the use of [O III] width as a surrogate for σ⋆ on an individual basis. Even though our sample consists of radio-quiet AGNs, FIRST radio-detected objects have, on average, a ∼ 10 per cent larger [O III] core width. 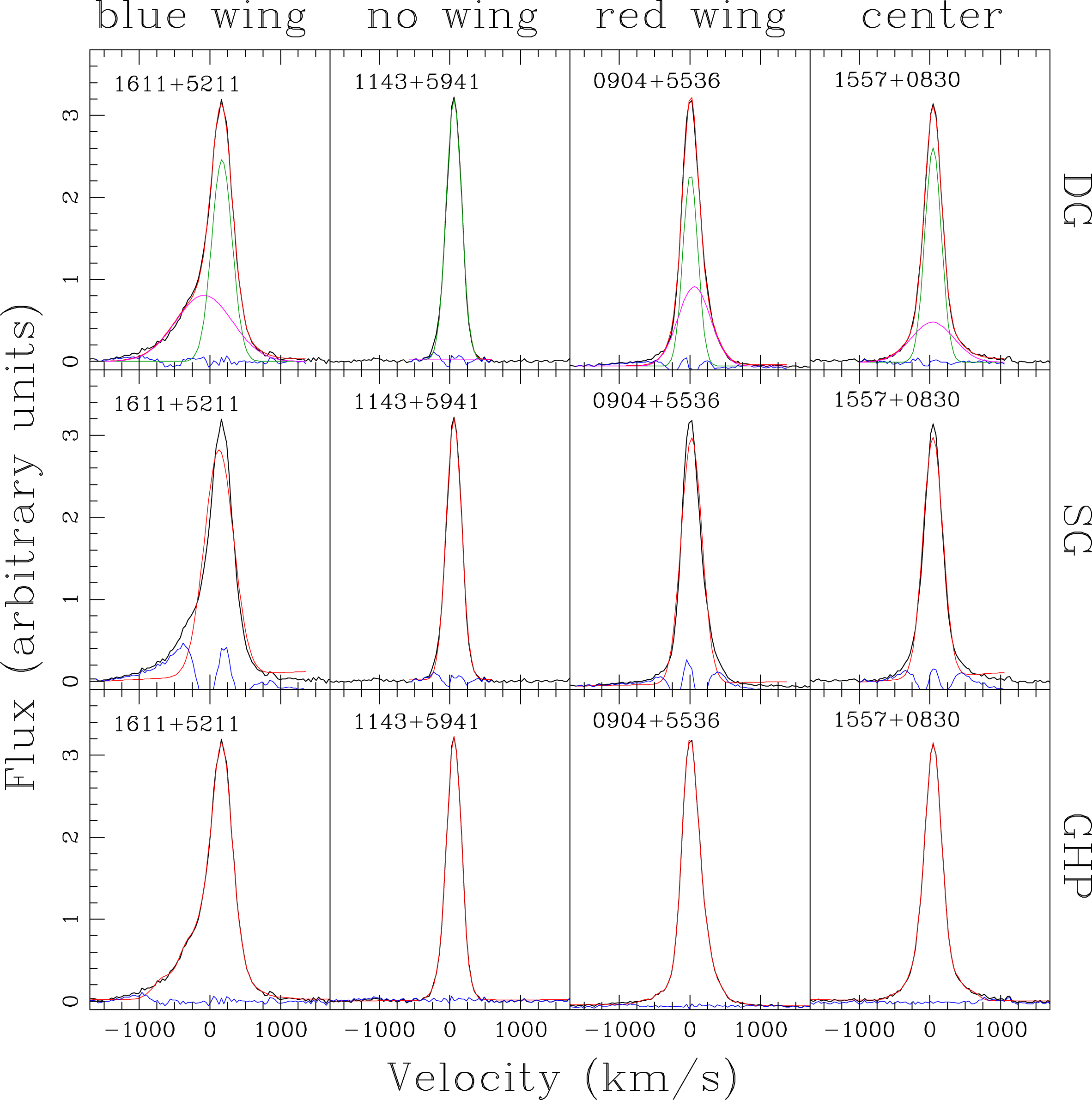