The most intensively star-forming galaxies are extremely luminous at far-infrared (FIR) wavelengths, highly obscured at optical and ultraviolet wavelengths, and lie at z ≥ 1-3. We present a programme of FIR spectroscopic observations with the SPIRE FTS, as well as photometric observations with PACS, both on board Herschel, towards a sample of 45 gravitationally lensed, dusty starbursts across z ∼ 1-3.6. In total, we detected 27 individual lines down to 3 σ, including nine [C II] 158 μm lines with confirmed spectroscopic redshifts, five possible [C II] lines consistent with their FIR photometric redshifts, and in some individual sources a few [O III] 88 μm, [O III] 52 μm, [O I] 145 μm, [O I] 63 μm, [N II] 122 μm and OH 119 μm (in absorption) lines. To derive the typical physical properties of the gas in the sample, we stack all spectra weighted by their intrinsic luminosity and by their 500μm flux densities, with the spectra scaled to a common redshift. In the stacked spectra, we detect emission lines of [C II] 158 μm, [N II] 122 μm, [O III] 88 μm, [O III] 52 μm, [O I] 63 μm and the absorption doublet of OH at 119 μm, at high fidelity. We find that the average electron densities traced by the [N II] and [O III] lines are higher than the average values in local star-forming galaxies and ULIRGs, using the same tracers. From the [N II]/[C II] and [O I]/[C II] ratios, we find that the [C II] emission is likely dominated by the photodominated regions (PDR), instead of by ionized gas or large-scale shocks. 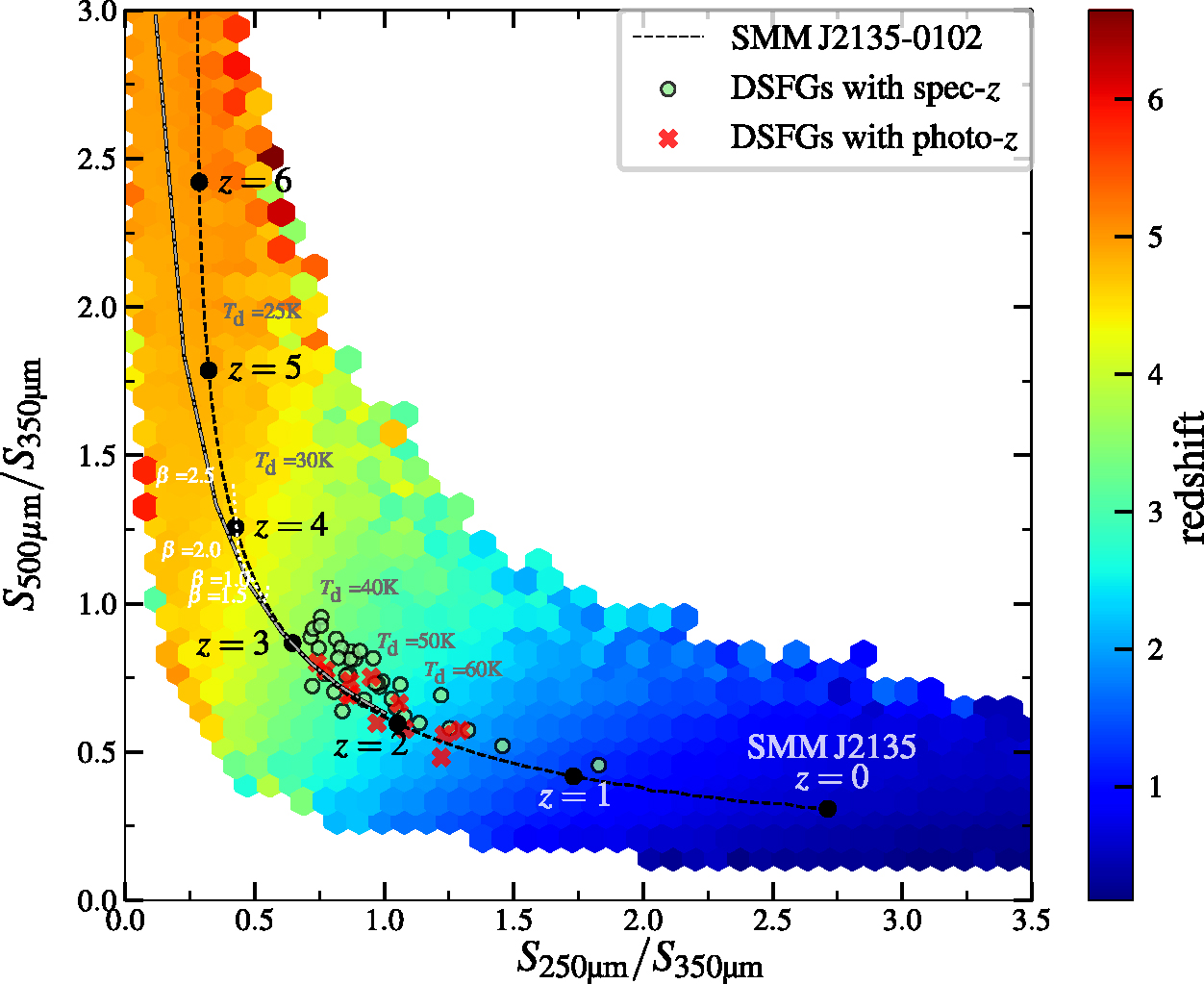