Recent observations revealed a mysterious ultra diffuse galaxy, NGC 1052-DF2, in the group of a large elliptical galaxy, NGC 1052. Compared to expectations from abundance matching models, the dark matter mass contained in NGC 1052-DF2 is smaller by a factor of ∼400. We utilize controlled N-body simulations of the tidal interaction between NGC 1052 and a smaller satellite galaxy that we suppose as the progenitor of NGC 1052-DF2, to test if tidal stripping can explain dark-matter deficiency at such levels. We find that when assuming a tightly bound and quite radial orbit and cored density structure for the dark halo of the satellite, our simulations reproduce well both the mass profile and the effective radius inferred from the observations of NGC 1052-DF2. Orbital parameters are in the tail, but still consistent with measurements of their distributions from cosmological simulations. Such strongly dark-matter deficient galaxies, in our scenario, are thus expected to be relatively rare in groups and clusters, and not present in the field. 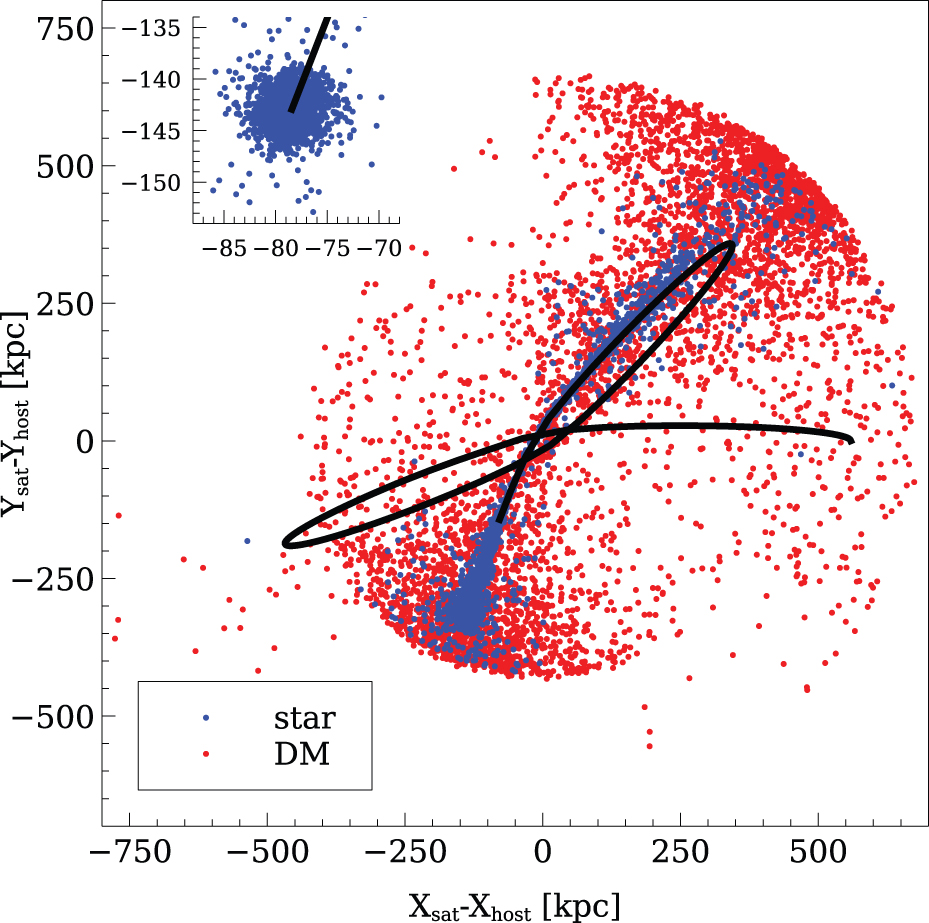