The binary black hole mergers detected by Advanced LIGO/Virgo have shown no evidence of large black hole spins. However, because LIGO/Virgo best measures the effective combination of the two spins along the orbital angular momentum (χeff), it is difficult to distinguish between binaries with slowly spinning black holes and binaries with spins lying in the orbital plane. Here, we study the spin dynamics for binaries with a distant black hole companion. For spins initially aligned with the orbital angular momentum of the binary, we find that χeff `freezes' near zero as the orbit decays through the emission of gravitational waves. Through a population study, we show that this process predominantly leads to merging black hole binaries with near-zero χeff. We conclude that if the detected black hole binaries were formed in triples, then this would explain their low χeff without the need to invoke near-zero spins or initially large spin-orbit angles. 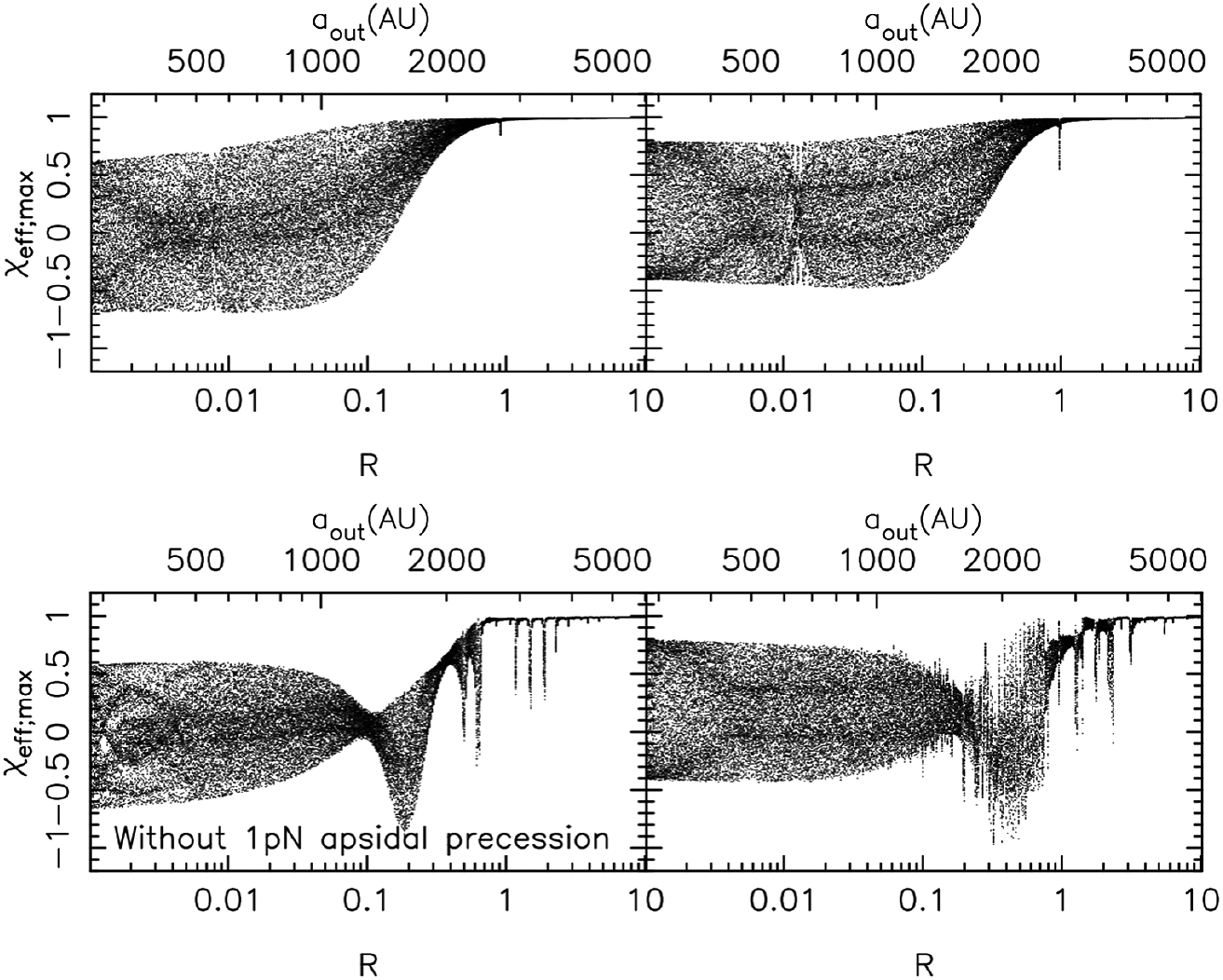