We present an analytical model and perform hydrodynamical simulations to study the formation and dynamical evolution of P Cygni's nebula. In the 1600s, the massive star P Cygni underwent an eruptive event, when a total kinetic energy Ek ∼ 2 × 1046 erg was expelled into the underlying stellar wind. The ensuing collision between the outburst and the stellar wind produced a present-day 10 arcsec nebula that, at a distance of 1.7 kpc, represents a physical size of ∼2.5 × 1017 cm. This nebula is expanding roughly isotropically at a speed of ∼140 km s-1. On the other hand, the historical light curve of the star shows an increase of its visual magnitude that lasted ∼50 yr in the 17th century. We show through an analytical model that an outburst of shorter duration (∼10 yr) is able to explain the dynamics of the nebula. In addition, we investigate through numerical simulations whether the interaction of the 1600s eruption of P Cyg with the pre-eruptive wind can explain not only the morphology and kinematics of the nebula, but also some observed features, such as knots and corrugations, that may result from Rayleigh-Taylor instabilities along the dense shell. We found that our theoretical predictions reproduce successfully the observed overall physical properties of the nebula around P Cygni. 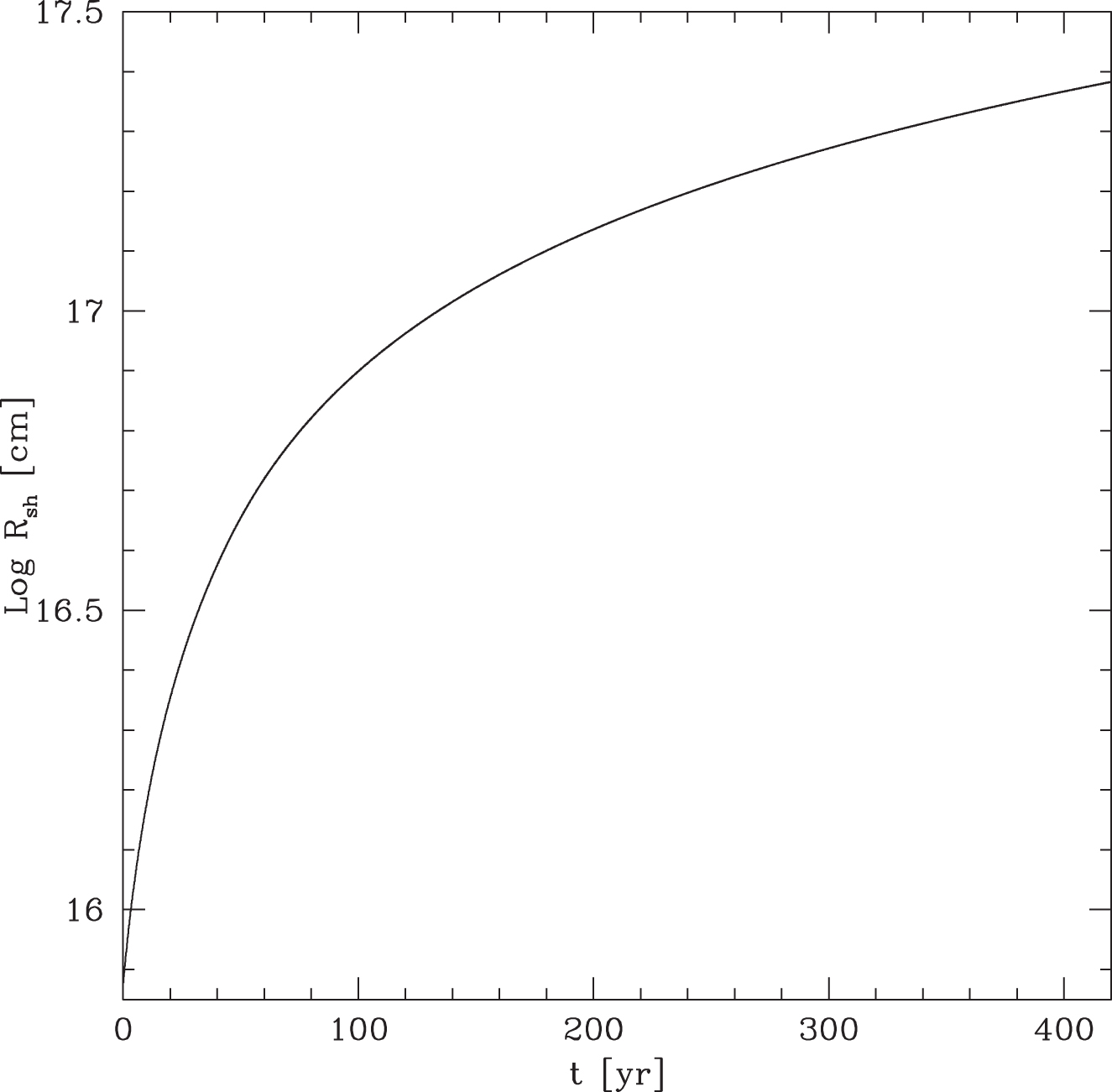