We report on the detection of a pulsating Fe K α line in the High Mass X-ray Binary (HMXB) GX 301-2, from a 40-ks Chandra observation near periastron. The pulsations in the Fe K α emission appeared only in the first 7 ks of the observation, with a period and phase profile similar to those of the continuum. The presence of pulsed fluorescent lines is an unusual property in HMXBs. After 7 ks, the continuum flux increased by a factor of three, the Fe K α flux increased only by about 10 per cent, and the pulsating signal in the line disappeared. Finally, in the second half of the observation, both the continuum and the line flux dropped by a similar factor of 2. We suggest that the pulsating component of the Fe K α line is coming from a transient non-isotropic distribution of dense gas around the neutron star, for example, an accretion stream induced by periastron passage, or from the illuminated surface of the donor star. 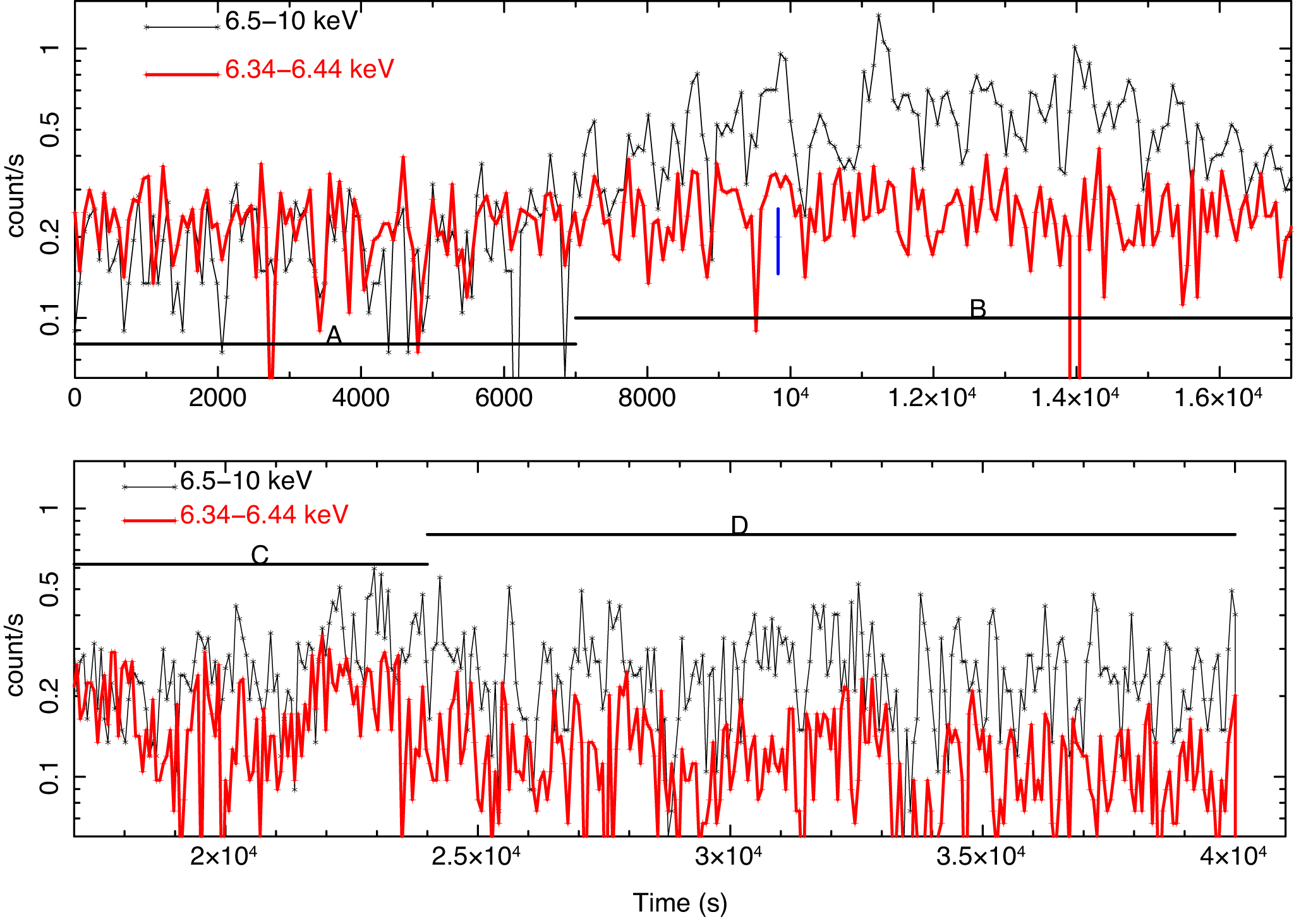