Direct evidence of AGN feedback: a post-starburst galaxy stripped of its gas by AGN-driven winds

Post-starburst E+A galaxies show indications of a powerful starburst that was quenched abruptly. Their disturbed, bulge-dominated morphologies suggest that they are merger remnants. The more massive E+A galaxies are suggested to be quenched by active galactic nucleus (AGN) feedback, yet little is known about AGN-driven winds in this short-lived phase. We present spatially resolved integral field unit spectroscopy by the Keck Cosmic Web Imager of SDSS J003443.68 + 251020.9, at z = 0.118. The system consists of two galaxies, the larger of which is a post-starburst E+A galaxy hosting an AGN. Our modelling suggests a 400 Myr starburst, with a peak star formation rate of 120 M⊙ yr-1. The observations reveal stationary and outflowing gas, photoionized by the central AGN. We detect gas outflows to a distance of 17 kpc from the central galaxy, far beyond the region of the stars (∼3 kpc), inside a conic structure with an opening angle of 70 deg. We construct self-consistent photoionization and dynamical models for the different gas components and show that the gas outside the galaxy forms a continuous flow, with a mass outflow rate of about 24 M⊙ yr-1. The gas mass in the flow, roughly 109 M_{⊙ }, is larger than the total gas mass within the galaxy, some of which is outflowing too. The continuity of the flow puts a lower limit of 60 Myr on the duration of the AGN feedback. Such AGNs are capable of removing, in a single episode, most of the gas from their host galaxies and expelling enriched material into the surrounding circumgalactic medium. 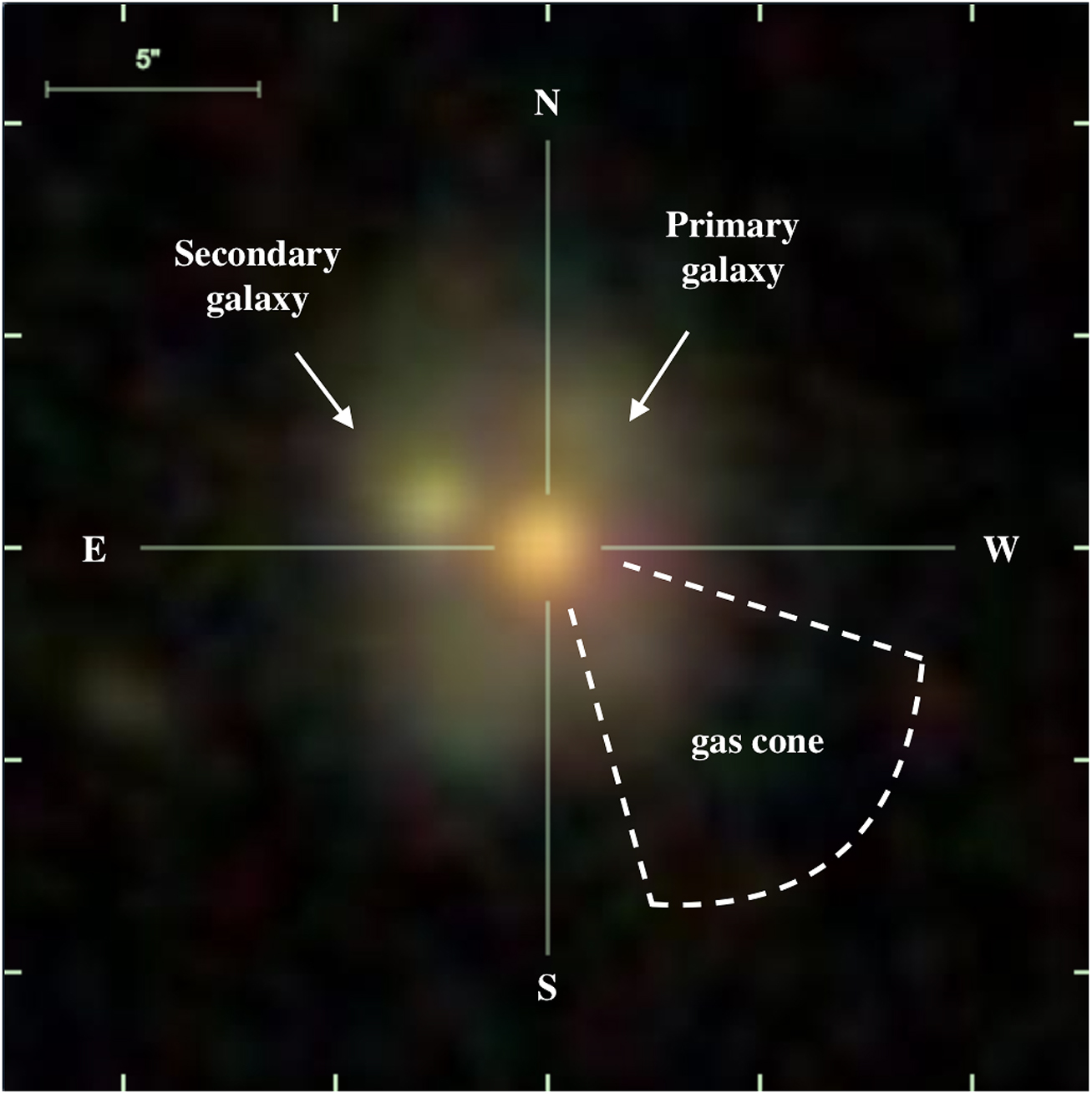