The SILCC project - V. The impact of magnetic fields on the chemistry and the formation of molecular clouds

Magnetic fields are ubiquitously observed in the interstellar medium (ISM) of present-day star-forming galaxies with dynamically relevant energy densities. Using three-dimensional magnetohydrodynamic (MHD) simulations of the supernova-driven ISM in the flux-freezing approximation (ideal MHD), we investigate the impact of the magnetic field on the chemical and dynamical evolution of the gas, fragmentation, and the formation of molecular clouds. We follow the chemistry with a network of six species (H+, H, H2, C+, CO, and free electrons) including local shielding effects. We find that magnetic fields thicken the disc by a factor of a few to a scale height of {∼ }100 pc, delay the formation of dense (and molecular) gas by {∼ }25 Myr, and result in differently shaped gas structures. The magnetized gas fragments into fewer clumps, which are initially at subcritical mass-to-flux ratios, M/Φ ≈ 0.3(M/Φ)crit, and accrete gas preferentially parallel to the magnetic field lines until supercritial mass-to-flux ratios of up to the order of 10 are reached. The accretion rates onto molecular clouds scale with \dot{M}∝ M^{1.5}. The median of the intercloud velocity dispersion is {∼ }2-5 km s^{-1} and lower than the internal velocity dispersion in the clouds ({∼ }3-7 km s^{-1}). However, individual cloud-cloud collisions occur at speeds of a few 10 km s^{-1}. 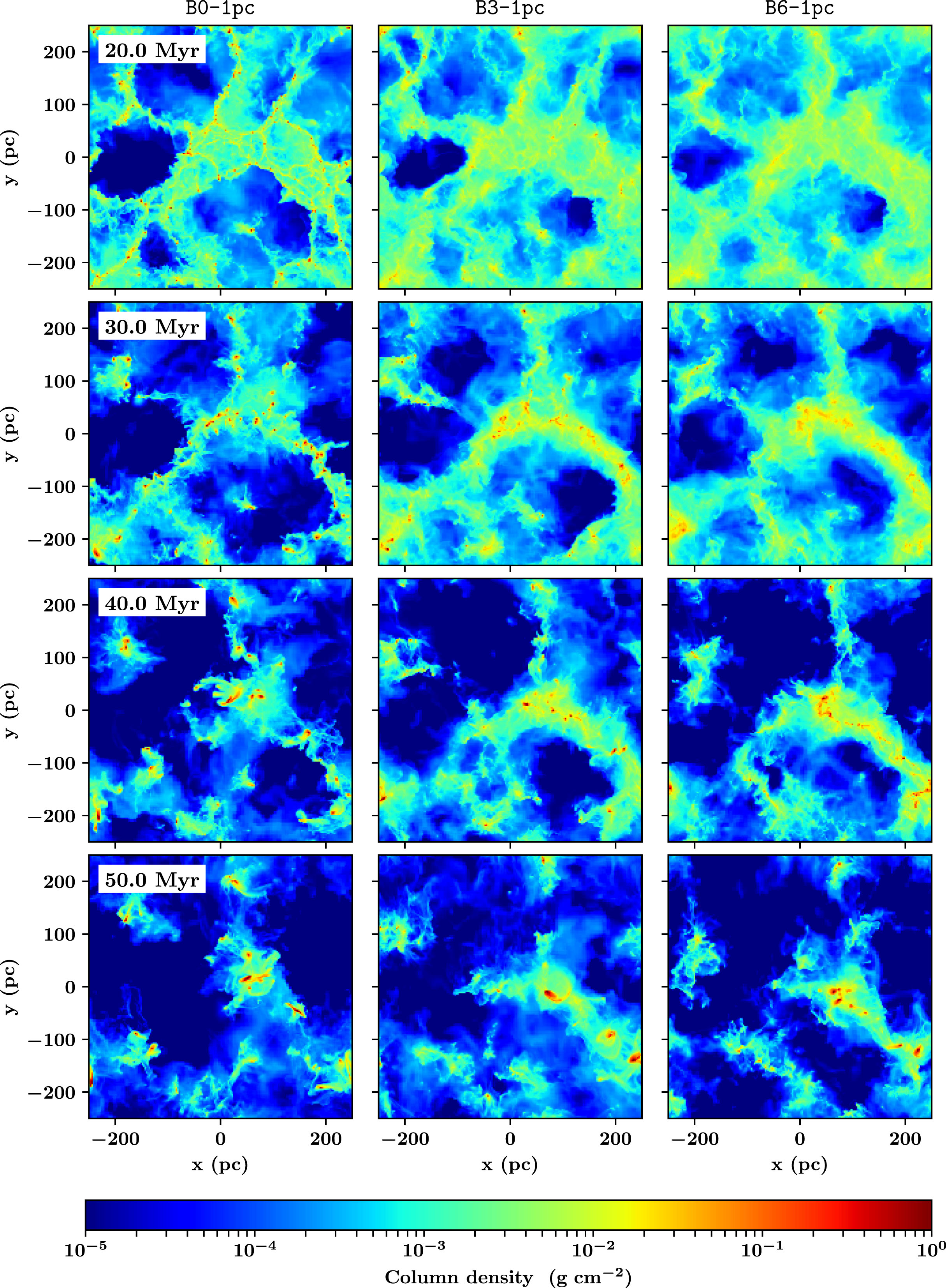