We quantify the frequency of companions of low-redshift (0.013 < z < 0.0252) dwarf galaxies (2 × 108 M⊙ < Mstar < 5 × 109 M⊙) that are isolated from more massive galaxies in SDSS and compare against cosmological expectations using mock observations of the Illustris simulation. Dwarf multiples are defined as two or more dwarfs that have angular separations >55 arcsec, projected separations rp < 150 kpc, and relative line-of-sight velocities ΔVLOS < 150 km s-1. While the mock catalogues predict a factor of two more isolated dwarfs than observed in SDSS, the mean number of observed companions per dwarf is Nc ∼ 0.04, in good agreement with Illustris when accounting for SDSS sensitivity limits. Removing these limits in the mock catalogues predicts Nc ∼ 0.06 for future surveys (LSST, DESI), which will be complete to Mstar = 2 × 108 M⊙. The 3D separations of mock dwarf multiples reveal a contamination fraction of ∼40 per cent in observations from projection effects. Most isolated multiples are pairs; triples are rare and it is cosmologically improbable that bound groups of dwarfs with more than three members exist within the parameter range probed in this study. We find that <1 per cent of LMC-analogues in the field have an SMC-analogue companion. The fraction of dwarf "Major Pairs" (stellar mass ratio >1:4) steadily increases with decreasing Primary stellar mass, whereas the cosmological "Major Merger rate" (per Gyr) has the opposite behaviour. We conclude that cosmological simulations can be reliably used to constrain the fraction of dwarf mergers across cosmic time. 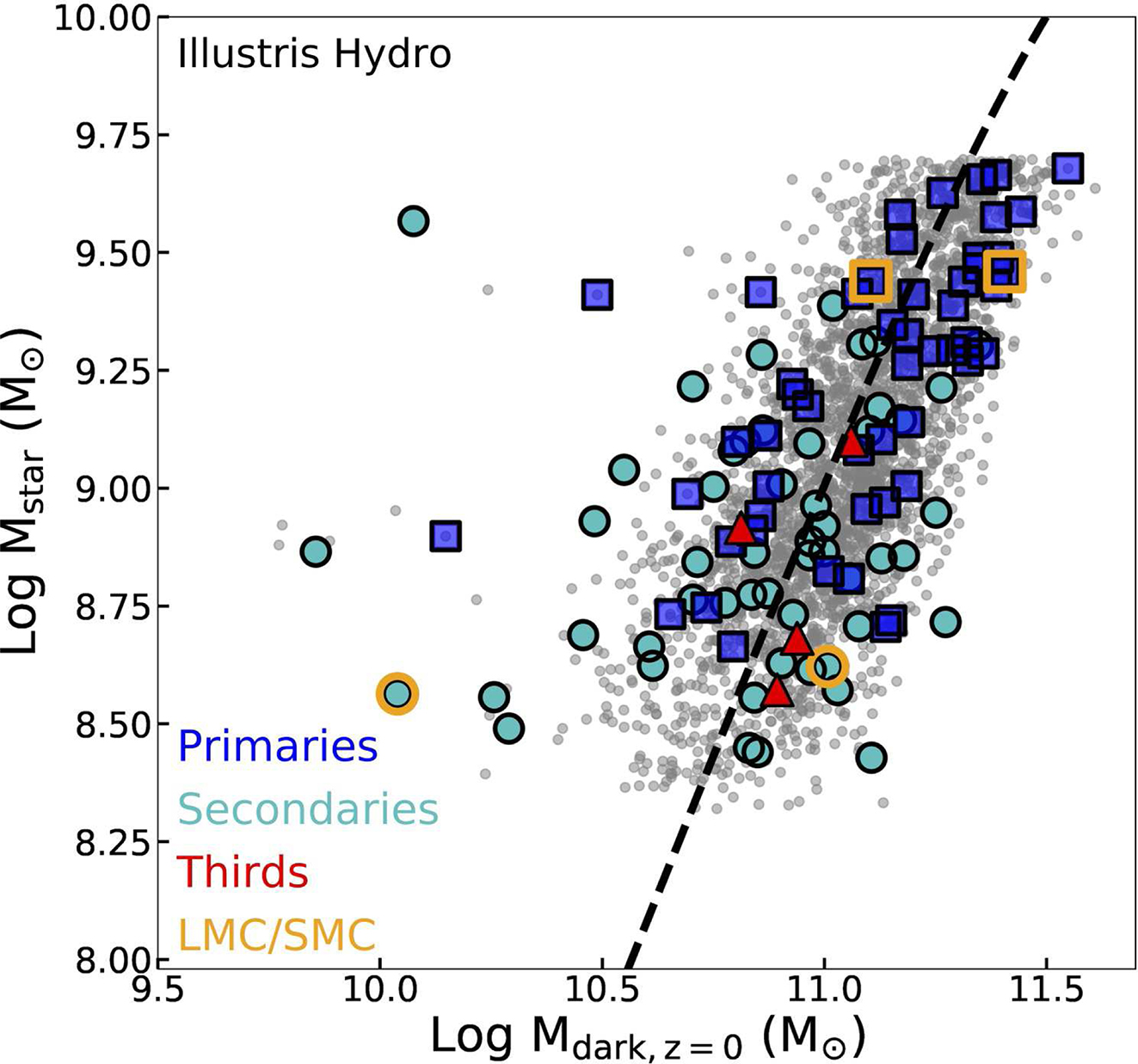