We explore the structure of magnetic field lines in and around filaments in simulations of molecular clouds undergoing global, multiscale gravitational collapse. In these simulations, filaments are not in a static equilibrium, but are long-lived flow structures that accrete gas from their environment and direct it towards clumps embedded in the filament or at the nodes at the conjunction with other filaments. In this context, the magnetic field is dragged by the collapsing gas, so its structure must reflect the flow that generates the filament. Around the filament, the gas is accreted on to it, and the magnetic lines must then be perpendicular to the filament. As the gas density increases, the gas flow changes direction, becoming almost parallel to the filament, and magnetic lines also tend to align with it. At the spine of the filament, however, magnetic lines become perpendicular again since they must connect to lines on the opposite side of the filament, resulting in `U'-shaped magnetic structures, which tend to be stretched by the longitudinal flow along the filament. Magnetic diffusive processes, however, allow the gas to continue to flow. Assuming a stationary state in which the ram pressure of the flow balances the magnetic tension, the curvature of the field lines is determined by the diffusion rate. We derive an expression relating the curvature of the field lines to the diffusive coefficient, which may be used to observationally determine the nature of the diffusive process. 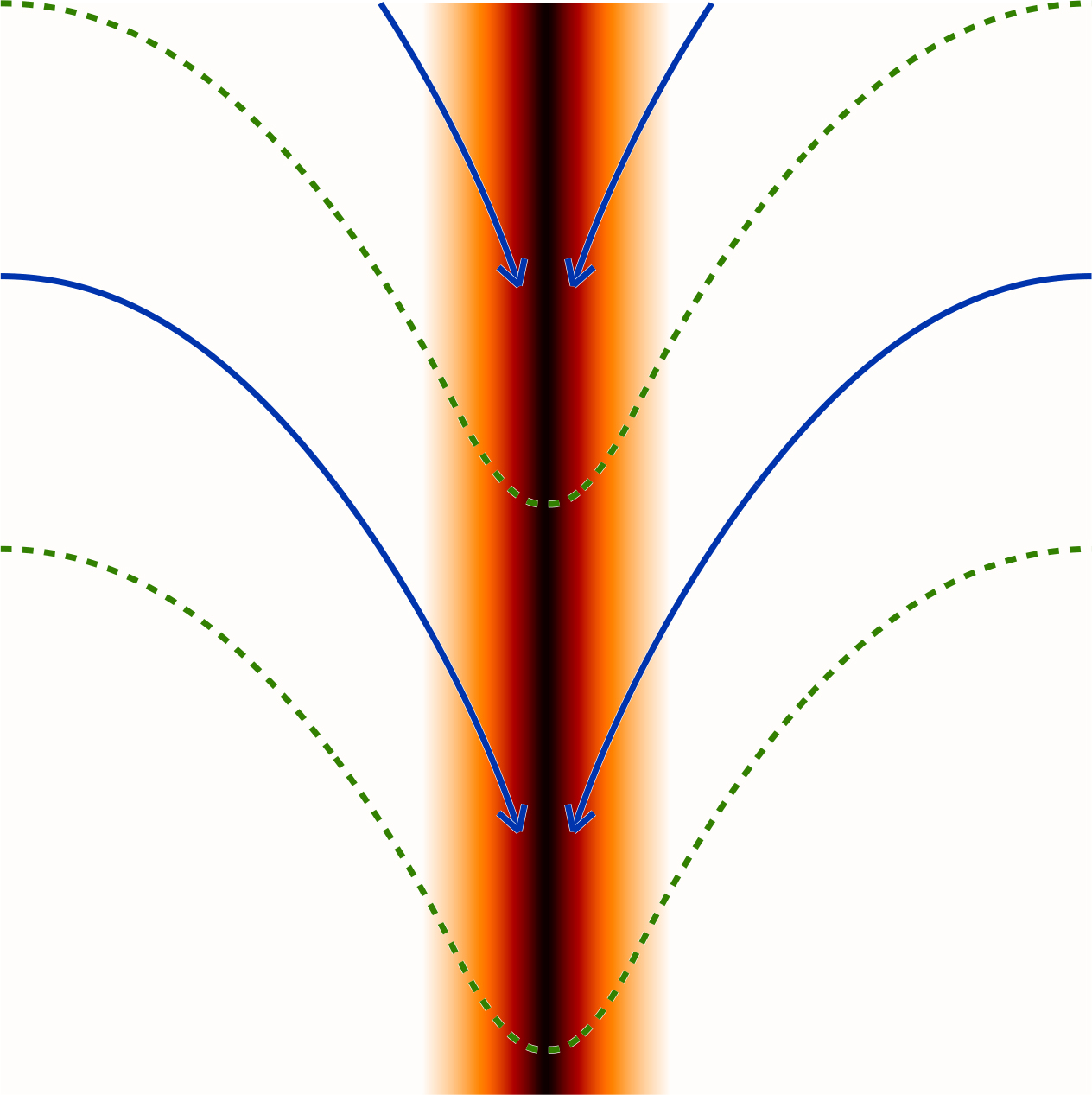