We report the discovery of the most distant radio galaxy to date, TGSS J1530+1049 at a redshift of z = 5.72, close to the presumed end of the Epoch of Reionization. The radio galaxy was selected from the TGSS ADR1 survey at 150 MHz for having an ultra-steep spectral index, α ^{{150 MHz}}_{{1.4 GHz}} = -1.4 and a compact morphology obtained using VLA imaging at 1.4 GHz. No optical or infrared counterparts for the radio source were found in publicly available sky surveys. Follow-up optical spectroscopy at the radio position using GMOS on Gemini North revealed the presence of a single emission line. We identify this line as Lyman alpha at z = 5.72, because of its asymmetric line profile, the absence of other optical/UV lines in the spectrum, and a high equivalent width. With an Lyα luminosity of 5.7 × 1042 erg s-1 and an FWHM of 370 km s-1, TGSS J1530+1049 is comparable to `non-radio' Lyman alpha emitters (LAEs) at a similar redshift. However, with a radio luminosity of log L150MHz = 29.1 W Hz-1 and a deconvolved physical size 3.5 kpc, its radio properties are similar to other known radio galaxies at z > 4. Subsequent J and K band imaging using LUCI on the Large Binocular Telescope resulted in non-detection of the host galaxy down to 3σ limits of J > 24.4 and K > 22.4 (Vega). The K band limit is consistent with z > 5 from the K - z relation for radio galaxies and helps rule out low redshifts. The stellar mass limit derived using simple stellar population models is Mstars < 1010.5 M⊙. Its relatively low stellar mass and small radio and Lyα sizes suggest that TGSS J1530+1049 may be a radio galaxy in an early phase of its evolution. 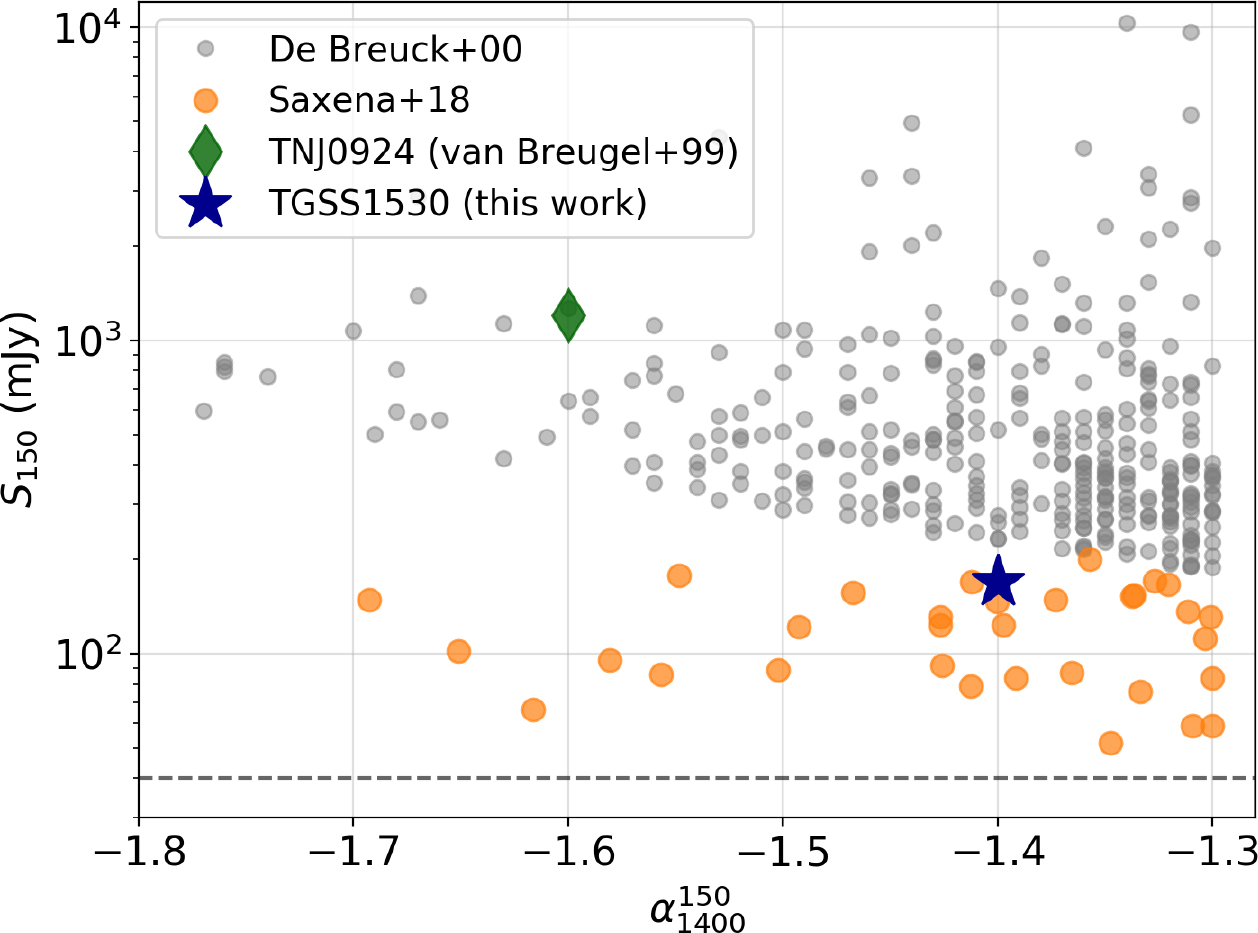