We present the Technicolor Dawn simulations, a suite of cosmological radiation hydrodynamic simulations of the first 1.2 billion yr. By modelling a spatially inhomogeneous ultraviolet background (UVB) on the fly with 24 frequencies and resolving dark matter haloes down to 108 M⊙ within 12 h-1 Mpc volumes, our simulations unify observations of the intergalactic and circumgalactic media, galaxies, and reionization into a common framework. The only empirically tuned parameter, the fraction fesc,gal(z) of ionizing photons that escape the interstellar medium, is adjusted to match observations of the Lyman-α forest and the cosmic microwave background. With this single calibration, our simulations reproduce the history of reionization; the stellar mass and star formation rate relation of galaxies; the number density and metallicity of damped Lyman-α absorbers (DLAs) at z ∼ 5; the abundance of weak metal absorbers; the ultraviolet background amplitude; and the Lyman-α flux power spectrum at z = 5.4. The galaxy stellar mass and ultraviolet luminosity functions are underproduced by ≤2 ×, suggesting an overly vigorous feedback model. The mean transmission in the Lyman-α forest is underproduced at z < 6, indicating tension between measurements of the UVB amplitude and Lyman-α transmission. The observed Si IV column density distribution is reasonably well reproduced (∼1σ low). By contrast, C IV remains significantly underproduced despite being boosted by an intense >4 Ryd UVB. Solving this problem by increasing metal yields would overproduce both weak absorbers and DLA metallicities. Instead, the observed strength of high-ionization emission from high-redshift galaxies and absorption from their environments suggest that the ionizing flux from conventional stellar population models is too soft. 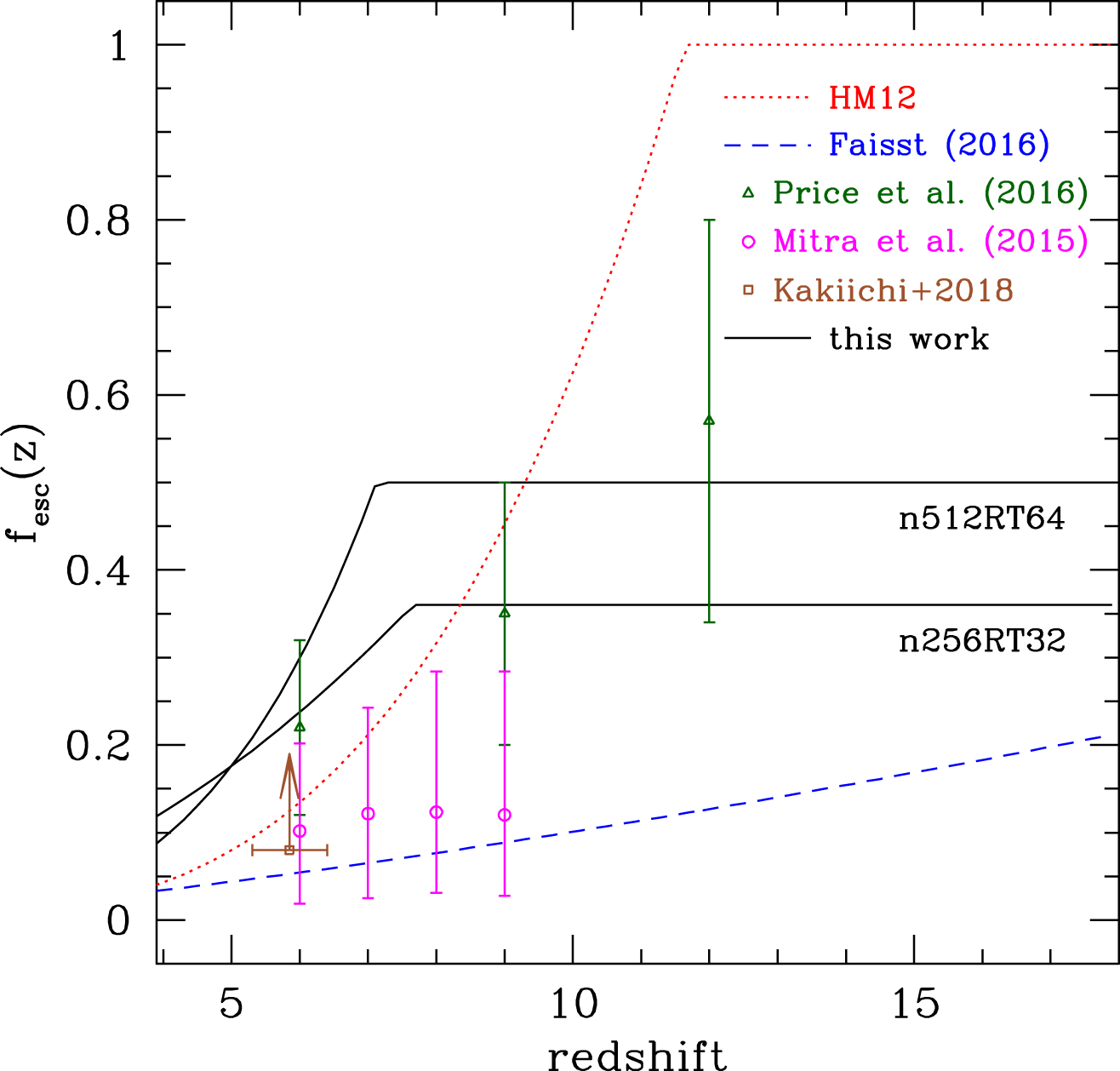