The Dharma Planet Survey (DPS) aims to monitor about 150 nearby very bright FGKM dwarfs (within 50 pc) during 2016-2020 for low-mass planet detection and characterization using the TOU very high resolution optical spectrograph (R ≈ 100 000, 380-900 nm). TOU was initially mounted to the 2-m Automatic Spectroscopic Telescope at Fairborn Observatory in 2013-2015 to conduct a pilot survey, then moved to the dedicated 50-inch automatic telescope on Mt. Lemmon in 2016 to launch the survey. Here, we report the first planet detection from DPS, a super-Earth candidate orbiting a bright K dwarf star, HD 26965. It is the second brightest star (V = 4.4 mag) on the sky with a super-Earth candidate. The planet candidate has a mass of 8.47 ± 0.47MEarth, period of 42.38 ± 0.01 d, and eccentricity of 0.04^{+0.05}_{-0.03}. This radial velocity (RV) signal was independently detected by Díaz et al., but they could not confirm if the signal is from a planet or stellar activity. The orbital period of the planet is close to the rotation period of the star (39-44.5 d) measured from stellar activity indicators. Our high precision photometric campaign and line bisector analysis of this star do not find any significant variations at the orbital period. Stellar RV jitters modelled from star-spots and convection inhibition are also not strong enough to explain the RV signal detected. After further comparing RV data from the star's active magnetic phase and quiet magnetic phase, we conclude that the RV signal is due to planetary-reflex motion and not stellar activity. 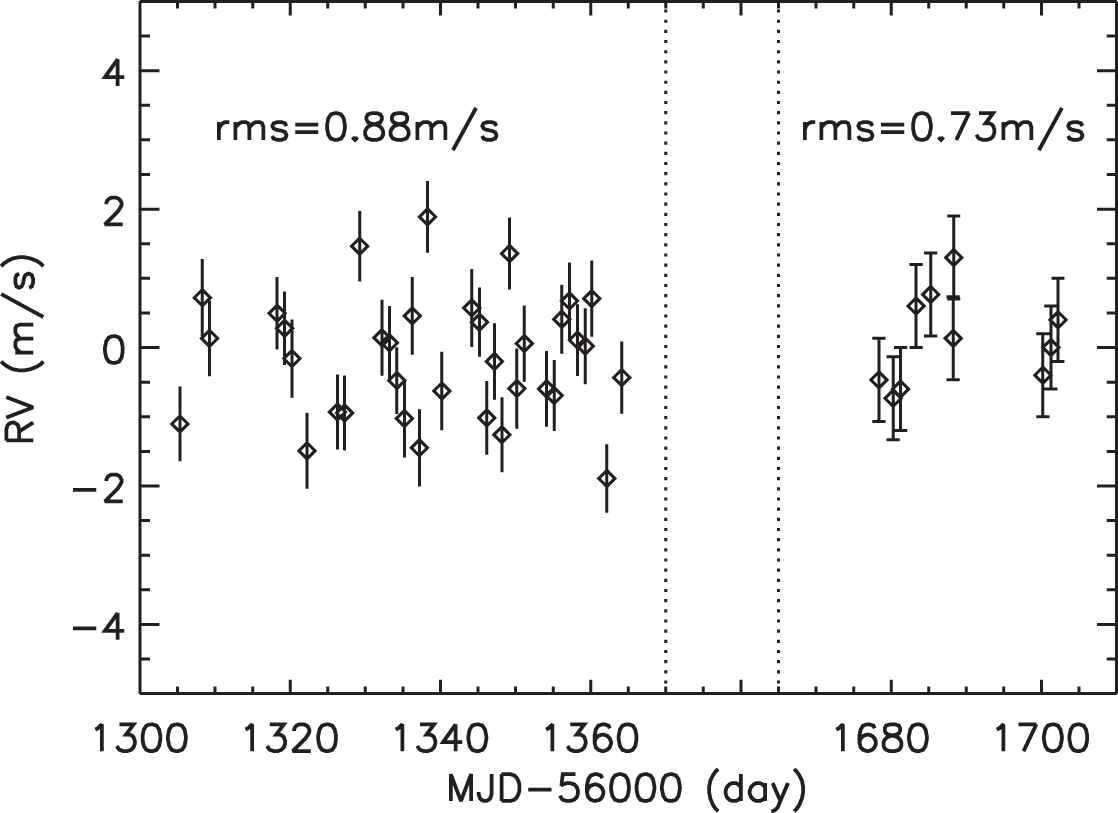