Formation and incidence of shell galaxies in the Illustris simulation

Shells are low surface brightness tidal debris that appear as interleaved caustics with large opening angles, often situated on both sides of the galaxy centre. In this paper, we study the incidence and formation processes of shell galaxies in the cosmological gravity+hydrodynamics Illustris simulation. We identify shells at redshift z = 0 using stellar surface density maps, and we use stellar history catalogues to trace the birth, trajectory, and progenitors of each individual star particle contributing to the tidal feature. Out of a sample of the 220 most massive galaxies in Illustris (M_{200crit}>6× 10^{12} M_{⊙}), 18 ± 3 per cent of the galaxies exhibit shells. This fraction increases with increasing mass cut; higher mass galaxies are more likely to have stellar shells. Furthermore, the fraction of massive galaxies that exhibit shells decreases with increasing redshift. We find that shell galaxies observed at redshift z = 0 form preferentially through relatively major mergers (≳1:10 in stellar mass ratio). Progenitors are accreted on low angular momentum orbits, in a preferred time-window between ∼4 and 8 Gyr ago. Our study indicates that, due to dynamical friction, more massive satellites are allowed to probe a wider range of impact parameters at accretion time, while small companions need almost purely radial infall trajectories in order to produce shells. We also find a number of special cases, as a consequence of the additional complexity introduced by the cosmological setting. These include galaxies with multiple shell-forming progenitors, satellite-of-satellites also forming shells, or satellites that fail to produce shells due to multiple major mergers happening in quick succession. 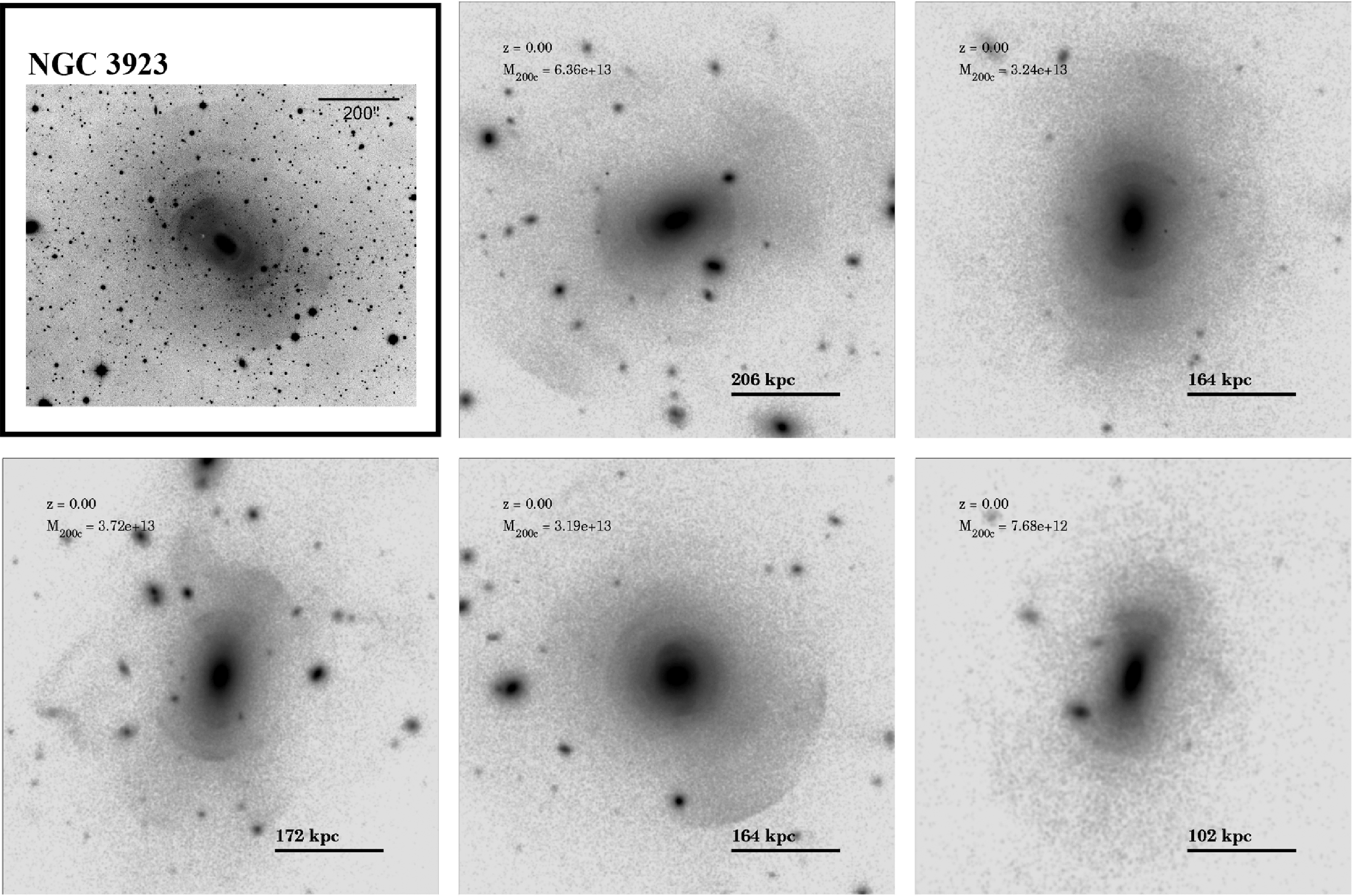