We present a comparison of the observed evolving galaxy stellar mass functions with the predictions of eight semi-analytic models and one halo occupation distribution model. While most models are able to fit the data at low redshift, some of them struggle to simultaneously fit observations at high redshift. We separate the galaxies into `passive' and `star-forming' classes and find that several of the models produce too many low-mass star-forming galaxies at high redshift compared to observations, in some cases by nearly a factor of 10 in the redshift range 2.5 < z < 3.0. We also find important differences in the implied mass of the dark matter haloes the galaxies inhabit, by comparing with halo masses inferred from observations. Galaxies at high redshift in the models are in lower mass haloes than suggested by observations, and the star formation efficiency in low-mass haloes is higher than observed. We conclude that many of the models require a physical prescription that acts to dissociate the growth of low-mass galaxies from the growth of their dark matter haloes at high redshift. 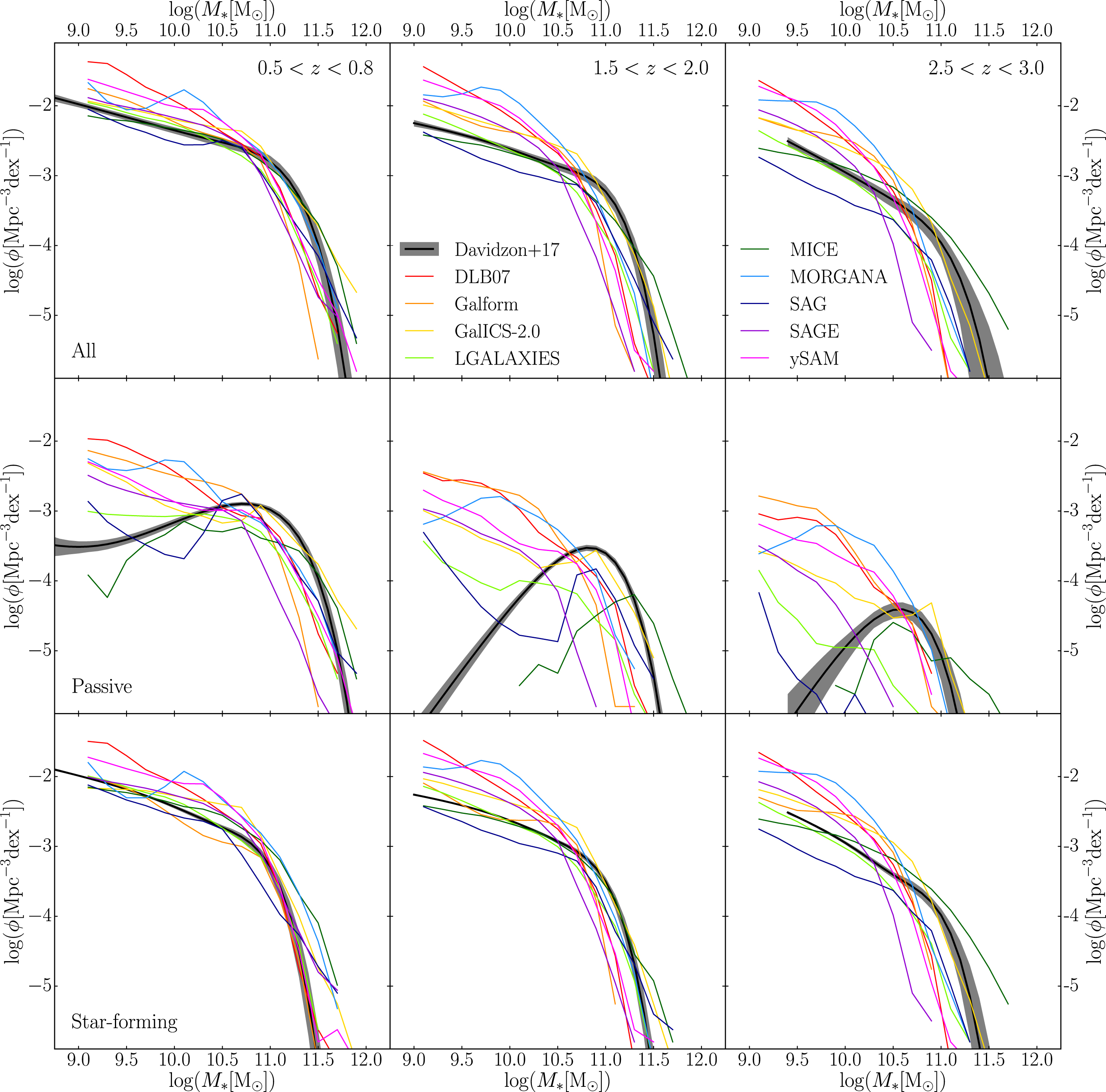