Occulting galaxy pairs have been used to determine the transmission and dust composition within the foreground galaxy. Observations of the nearly face-on ring-like debris disc around the solar-like star HD 107146 by HST/ACS in 2004 and HST/STIS in 2011 reveal that the debris ring is occulting an extended background galaxy over the subsequent decades. Our aim is to use 2004 Hubble Space Telescope (HST) observations of this system to model the galaxy and apply this to the 2011 observation in order to measure the transmission of the galaxy through the outer regions of the debris disc. We model the galaxy with an exponential disc and a Sérsic pseudo-bulge in the V and I bands, but irregularities due to small-scale structure from star-forming regions limits accurate determination of the foreground dust distribution. We show that debris ring transit photometry is feasible for optical depth increases of Δτ ≥ 0.04 (1σ) on tens of au scales - the width of the background galaxy - when the 2011 STIS data are compared directly with new HST/STIS observations, instead of the use of a smoothed model as a reference. 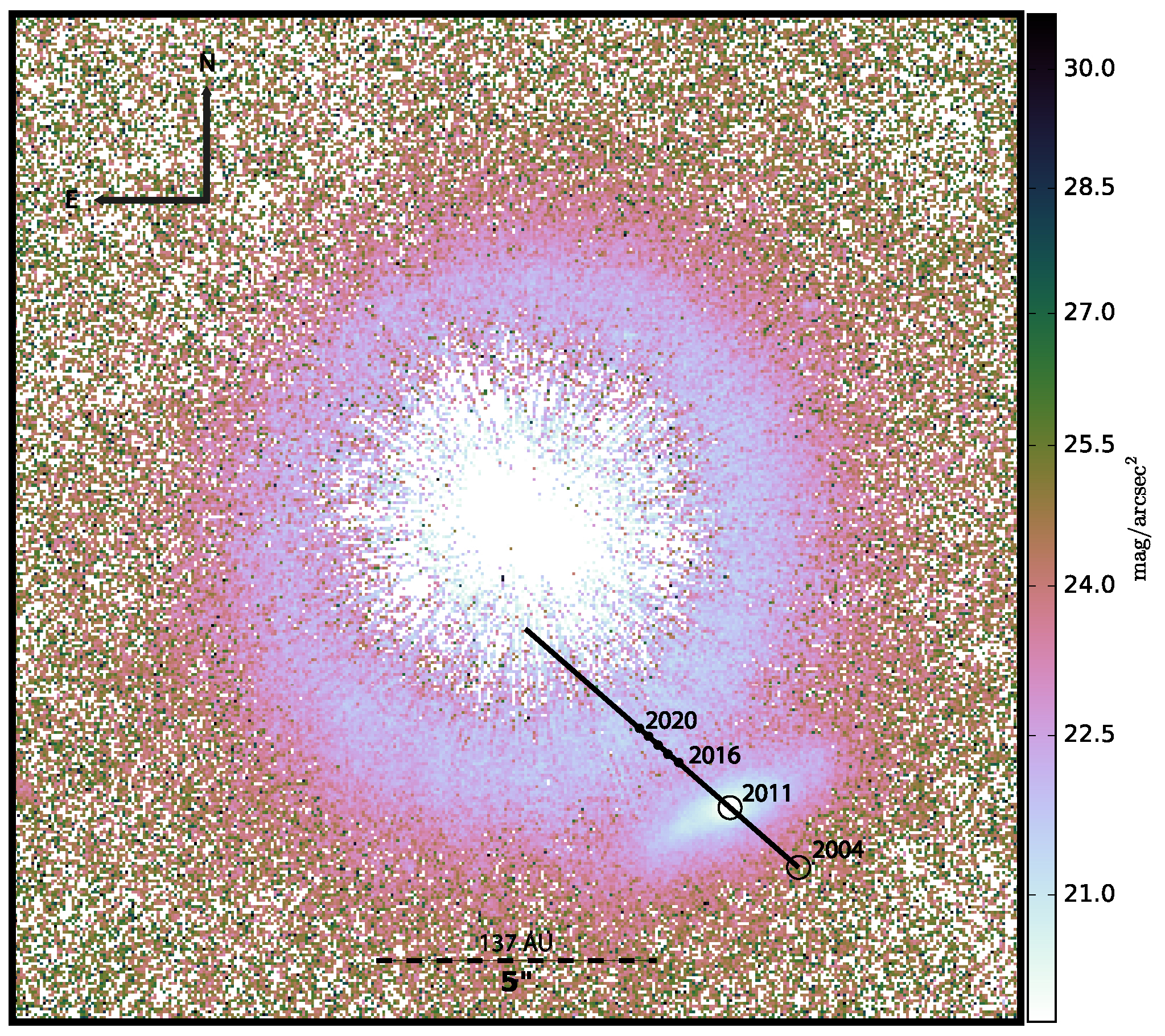