We have produced for the first time a detailed velocity map of the giant filamentary nebula surrounding NGC 1275, the Perseus cluster's brightest galaxy, and revealed a previously unknown rich velocity structure across the entire nebula. These new observations were obtained with the optical imaging Fourier transform spectrometer SITELLE at CFHT. With its wide field of view ( ∼11 arcmin × 11 arcmin), SITELLE is the only integral field unit spectroscopy instrument able to cover the 80 kpc × 55 kpc ( 3.8 arcmin × 2.6 arcmin) large nebula in NGC 1275. Our analysis of these observations shows a smooth radial gradient of the [N II]λ6583/H α line ratio, suggesting a change in the ionization mechanism and source across the nebula. The velocity map shows no visible general trend or rotation, indicating that filaments are not falling uniformly onto the galaxy, nor being uniformly pulled out from it. Comparison between the physical properties of the filaments and Hitomi measurements of the X-ray gas dynamics in Perseus is also explored. 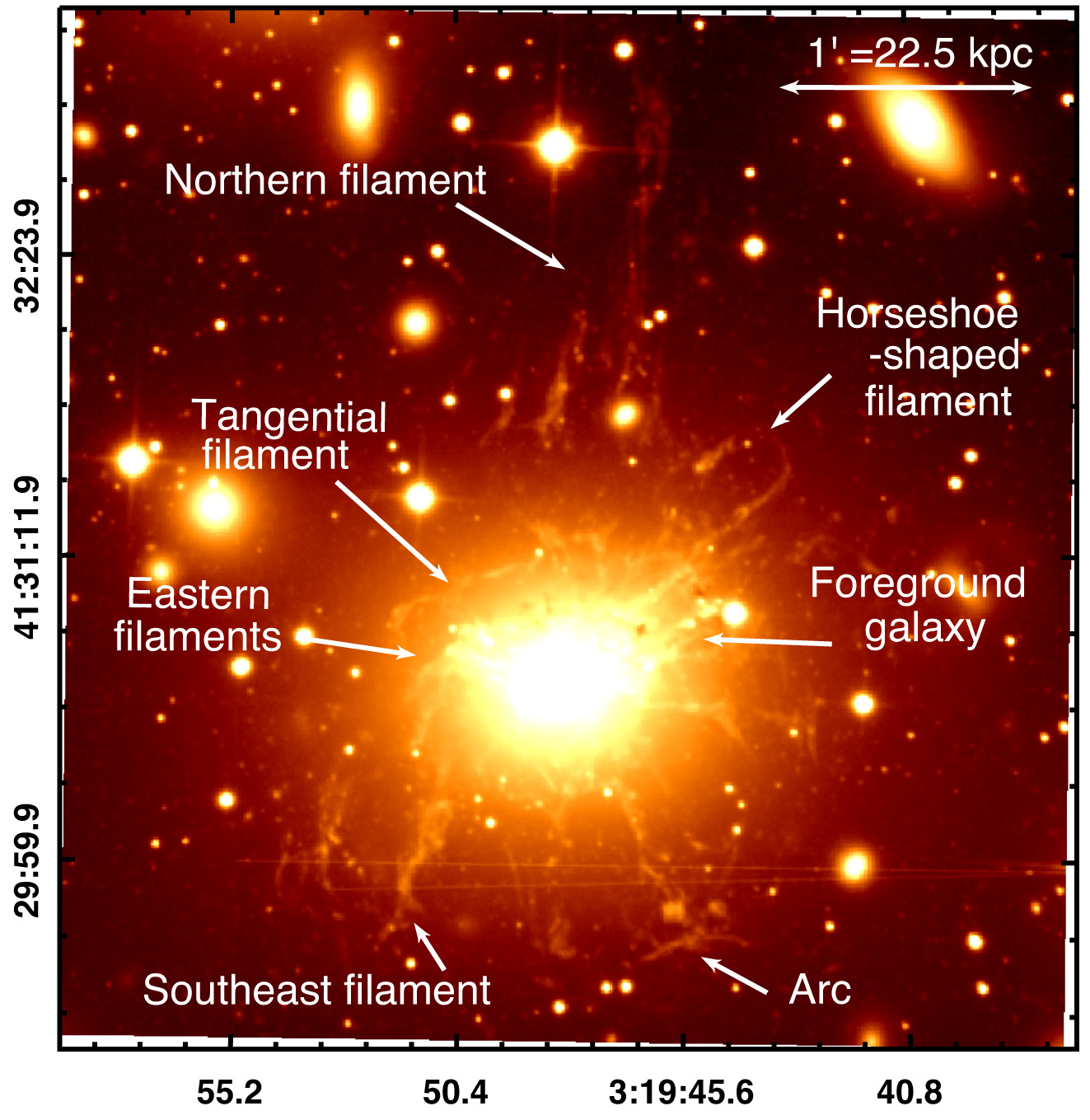