The FABLE simulations: a feedback model for galaxies, groups, and clusters

We present the Feedback Acting on Baryons in Large-scale Environments suite of cosmological hydrodynamical simulations of galaxies, groups, and clusters. The simulations use the AREPO moving-mesh code with a set of physical models for galaxy formation based on the successful Illustris simulation, but with updated active galactic nucleus (AGN) and supernovae feedback models. This allows us to simultaneously reproduce the observed redshift evolution of the galaxy stellar mass function together with the stellar and gas mass fractions of local groups and clusters across a wide range of halo masses. Focusing on the properties of groups and clusters, we find very good agreement with a range of observed scaling relations, including the X-ray luminosity-total mass and gas mass relations as well as the total mass-temperature and Sunyaev-Zel'dovich flux-mass relations. Careful comparison of our results with scaling relations based on X-ray hydrostatic masses as opposed to weak-lensing-derived masses reveals some discrepancies, which hint towards a non-negligible X-ray mass bias in observed samples. We further show that radial profiles of density, pressure, and temperature of the simulated intracluster medium are in very good agreement with observations, in particular for r > 0.3 r_{500}. In the innermost regions however we find too large entropy cores, which indicates that a more sophisticated modelling of the physics of AGN feedback may be required to accurately reproduce the observed populations of cool-core and non-cool-core clusters. 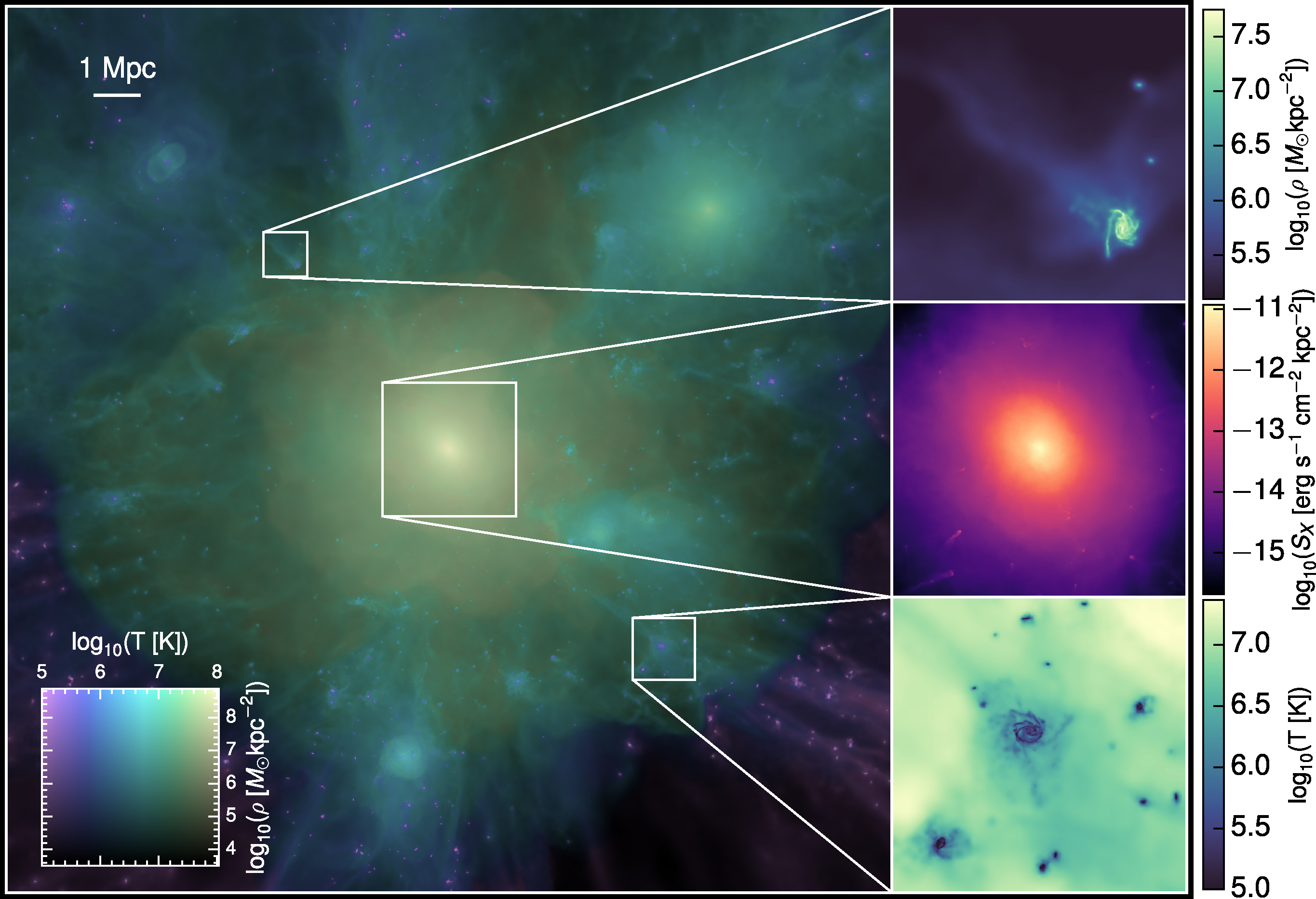