We compare the evolution of voids formed under the standard cosmological model and two alternative cosmological models. The two models are a quintessence model and a Coupled Dark Matter-Dark Energy model, both of which have evolving and interacting dark sectors. From N-body adiabatic hydrodynamical simulations of these models, we measure the statistics and quantify the properties of voids over the redshift range z = 1.5-12: these include their population size, volumes, shapes, and average densities. We find that the latter property has potential as a probe of cosmology, particularly dark energy, as significant differences in average void densities exist between the alternative models and the standard model. We postulate that this signature arises from an increased evacuation rate of particles out of voids, or an earlier start to void evacuation, in the alternative models as a direct consequence of the dynamical scalar field, which also leads to greater void merger rates. Additionally, differences between the two alternative models are likely due to the drag force arising from dark sector coupling, acting on dark matter particles in our coupled model. 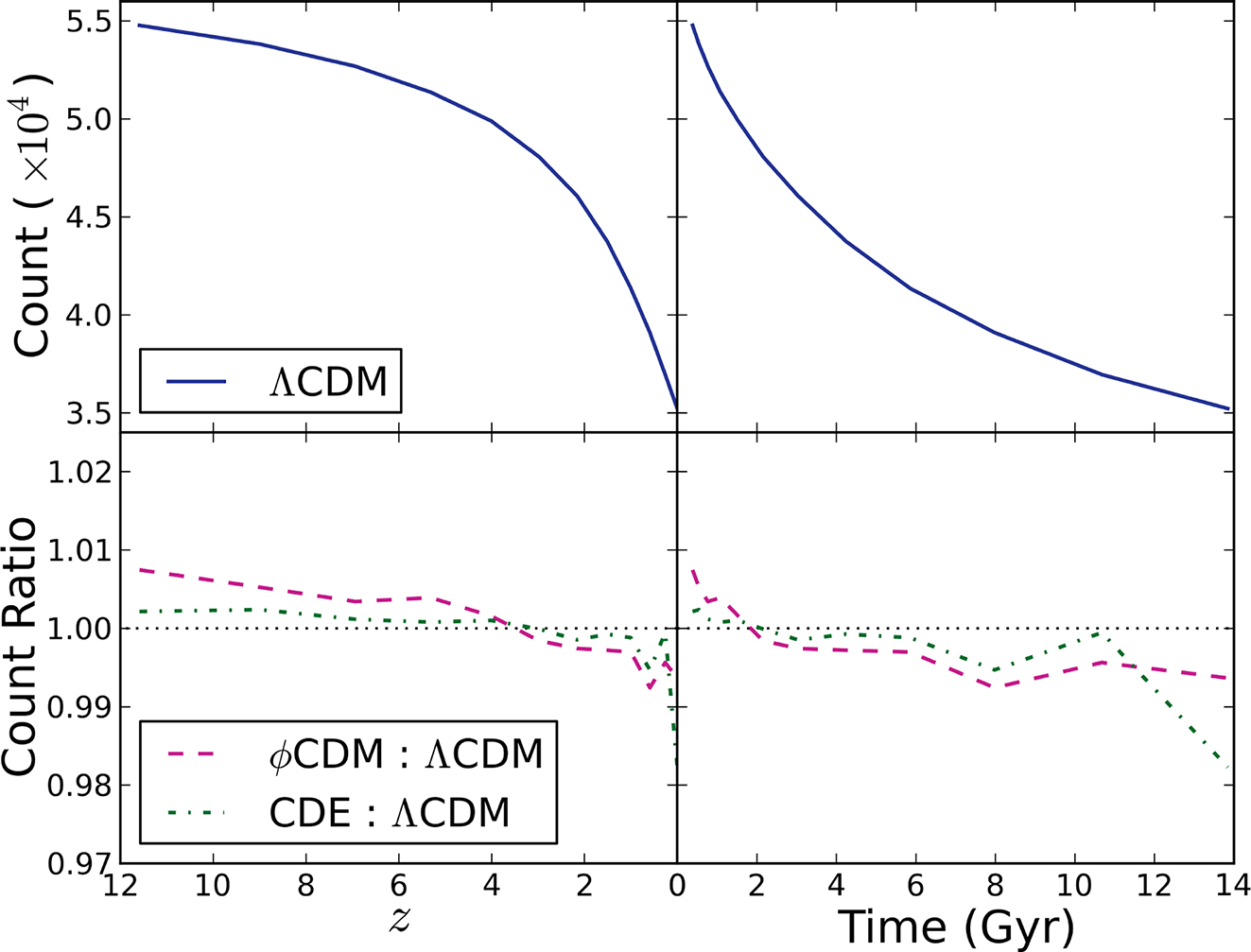