Supermassive black holes and their feedback effects in the IllustrisTNG simulation

We study the population of supermassive black holes (SMBHs) and their effects on massive central galaxies in the IllustrisTNG cosmological hydrodynamical simulations of galaxy formation. The employed model for SMBH growth and feedback assumes a two-mode scenario in which the feedback from active galactic nuclei occurs through a kinetic, comparatively efficient mode at low accretion rates relative to the Eddington limit, and in the form of a thermal, less efficient mode at high accretion rates. We show that the quenching of massive central galaxies happens coincidently with kinetic-mode feedback, consistent with the notion that active supermassive black holes cause the low specific star formation rates observed in massive galaxies. However, major galaxy mergers are not responsible for initiating most of the quenching events in our model. Up to black hole masses of about 10^{8.5} M_{⊙}, the dominant growth channel for SMBHs is in the thermal mode. Higher mass black holes stay mainly in the kinetic mode and gas accretion is self-regulated via their feedback, which causes their Eddington ratios to drop, with SMBH mergers becoming the main channel for residual mass growth. As a consequence, the quasar luminosity function is dominated by rapidly accreting, moderately massive black holes in the thermal mode. We show that the associated growth history of SMBHs produces a low-redshift quasar luminosity function and a redshift zero black hole mass - stellar bulge mass relation is in good agreement with observations, whereas the simulation tends to overpredict the high-redshift quasar luminosity function. 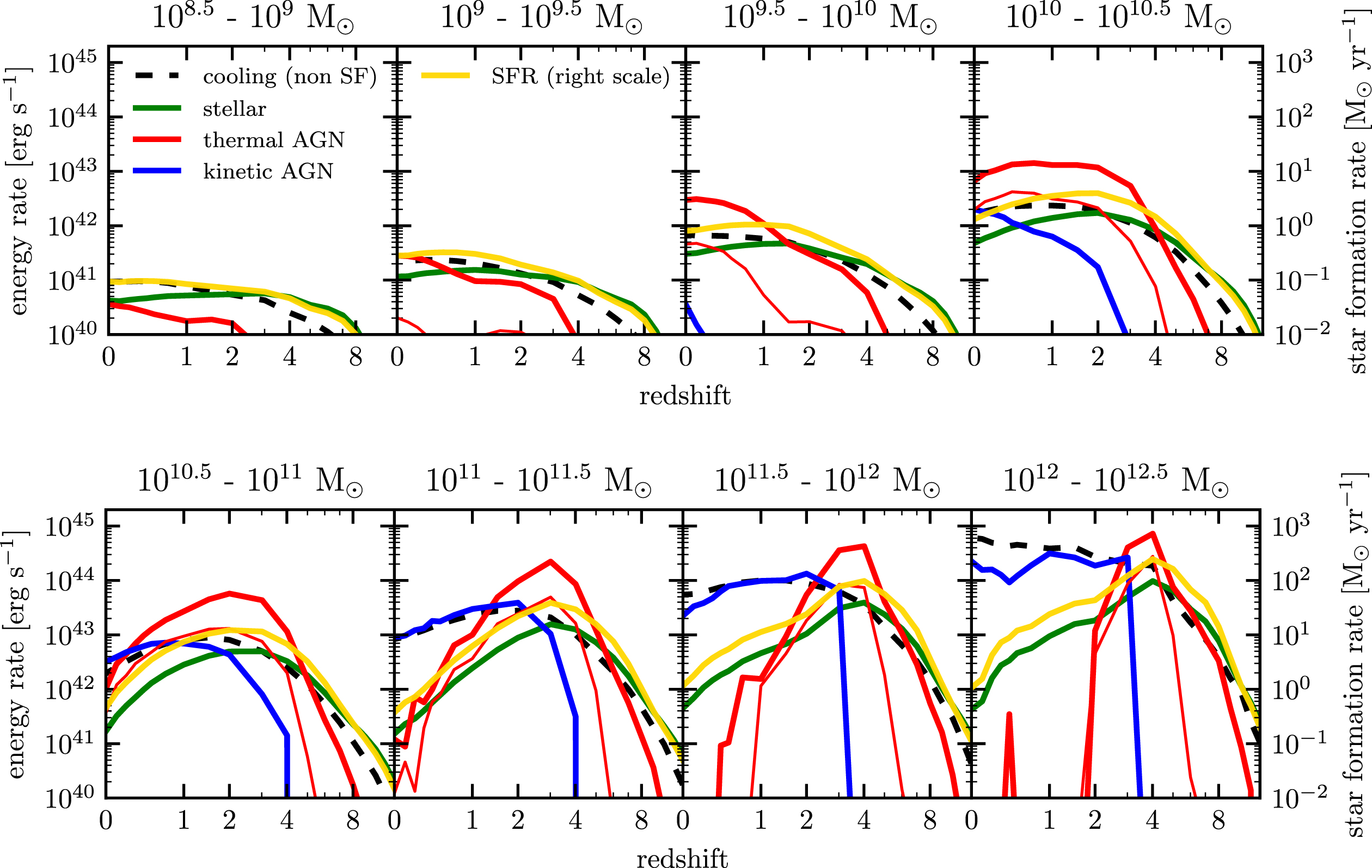